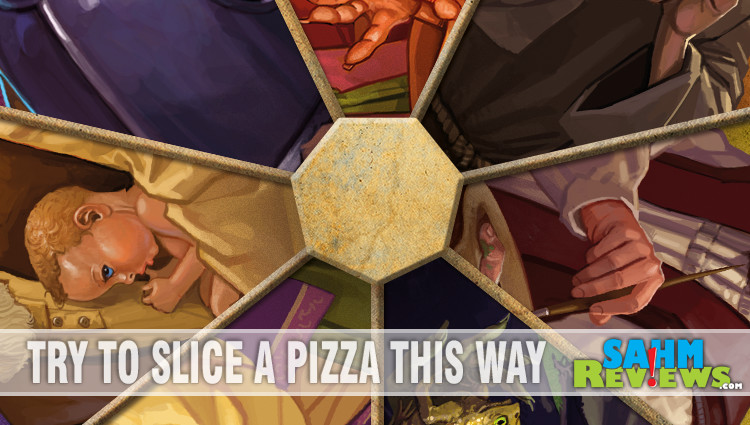 A couple weeks ago we joked how the sixth entry into Eagle Gryphon Games‘ E•G•G Series was not-so-coincidentally named “SiXeS“. At the time we hinted about the next one in line and it’s timely name, “Seven7s“. It too lives up to its name and incorporates the number 7 into a number of different game play features. 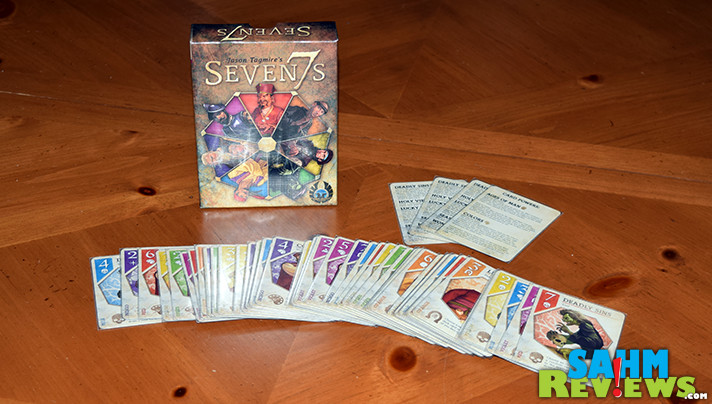 Seven7s is another small-box card game featuring custom artwork and seven card suits, each themed with a famous set of seven. For instance, one of the suits is entitled “Ages of Man” and the cards, numbered one through seven, are labeled with Infancy, Childhood, The Lover, The Soldier, The Justice, Old Age and Extreme Old Age. The “Deadly Sins” suit contains what else, the seven deadly sins (Pride, Envy, Wrath, Sloth, Greed, Gluttony and Lust)!

After playing a few rounds of Seven7s, we knew it would see a LOT of play in our game group, so we elected to extend the life of the game by getting some premium card sleeves from Mayday Games. Their premium sleeves are 25% thicker than normal plastic penny sleeves, and for those of you interested, the green package (63.5mm x 88mm) sleeves fit like a glove. 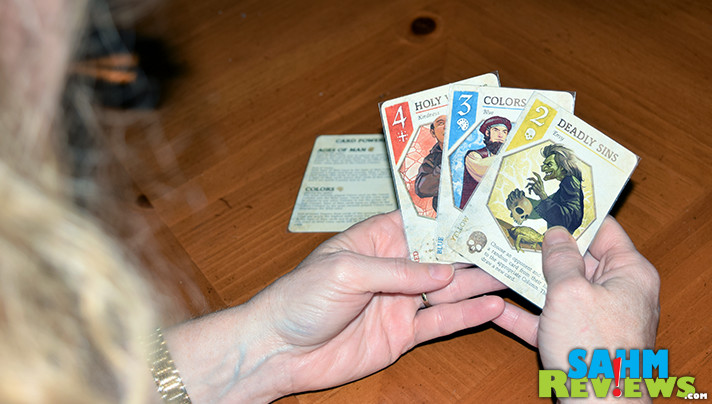 Up to four players can play, each beginning the game with a Reference Card and a randomly-dealt hand of three cards. The rest of the cards are put in a stack in the center of the table, one card being overturned and set next to the stack to begin the game.

Each player’s turn is very simple – play one card and draw back up to three cards. To play, you simply choose a card from your hand and lay it in the matching column on the board. Columns are organized by suit (Holy Virtues, Deadly Sins, etc.) and the number order does not matter. The only exceptions to this rule are Wild Cards and the Ages of Man cards. 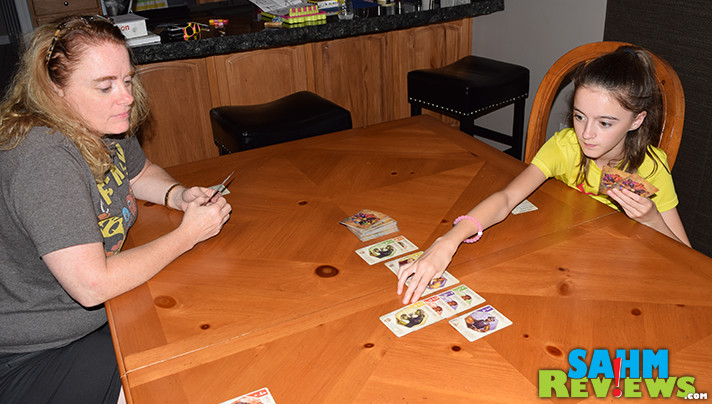 Each time you play a card, you get to follow the text on the card face. One gives you the ability to look at up to three of your opponents’ cards, another forces opponents to discard a card from their hand and yet another allows you to take an already-played card in a column and add it to your hand instead of drawing a new one! If you play a “Color” suited card, whatever actual color the card is becomes a Wild color. Cards of this color may be played in any other column to use the power of that column. 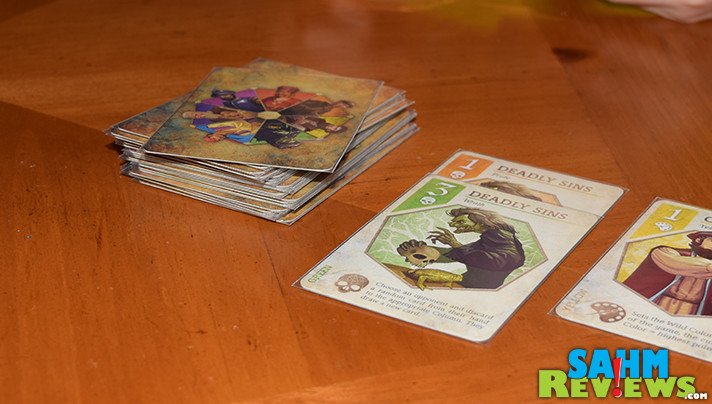 Age of Man cards can always be played on any column, but you do not gain that column’s powers. It simply is a way to advance the end of the game. (The game is over once any column reaches a total of seven cards.) At the end of the game, the total number of cards in the Age of Man column affects the final scoring. For every card in the Age of Man column, the highest available number becomes worthless. If there are two cards in the column, sixes and sevens do not score. If five cards are in that column, then only the ones and twos will score. 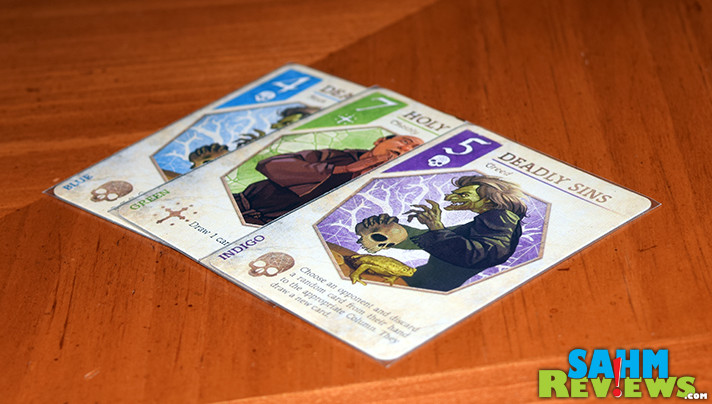 Once a column has reached the seven card maximum, the game ends immediately. Scores are tallied by the cards left in each player’s hands. Simply add up the card values, ignoring any that have been made worthless by the Age of Man column and awarding points equal to the highest available for every wild color you still hold. The player with the highest total wins Seven7s!

It seems the games in the E•G•G Series just get better and better with each issue. Seven7s is going into our game night bag and will also make it to family gatherings since it is so easy to teach, but also easy to make enemies of your opponents when you invalidate their hand. Your copy is on Amazon for under $15 – but what are you waiting for! The whole series is still the best value!

Which of the E•G•G Series have you liked the best so far?