If there’s one thing you can correctly guess by our last name (Brady) is that we are of Celtic heritage. Our family’s line appears to have mostly Irish and Scottish, with a bit of other Northern European countries thrown in there for good measure. Because of this, we gravitate to things that remind us of our heritage.

We attend local Celtic festivals, purchase authentic Celtic merchandise and even search out Celtic-themed board games! Plus we’ve been know to eat a shepherd’s pie on occasion. So when we discovered the third game in Eagle-Gryphon Games‘ E•G•G Series, King’s Kilt, is themed around Scottish Clans, we couldn’t wait to find out what it was all about. 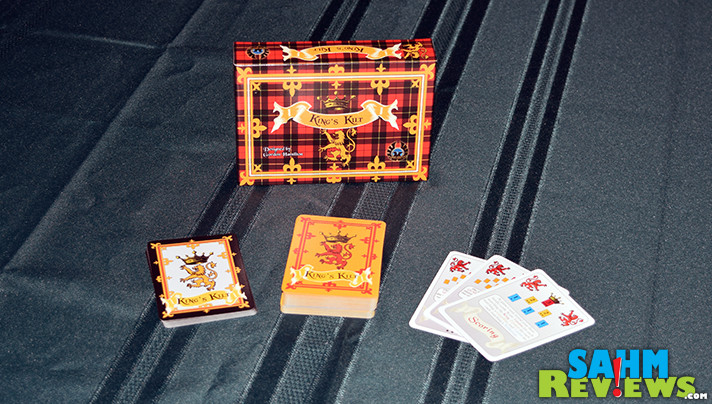 King’s Kilt is a unique card game, much different than any we’ve played in the past. It isn’t about making sets or taking tricks, King’s Kilt is all about position (or influence, as the game calls it). This small-box game supports two to four players and each round will last about 15 minutes, give or take.

Of the 67 included linen-finished playing cards, 16 represent clan leaders, 48 members and three reminder cards. The object of King’s Kilt is to built a card pyramid, representing the hierarchy of the kingdom, with the card at the peak being crowned the King of Scotland. 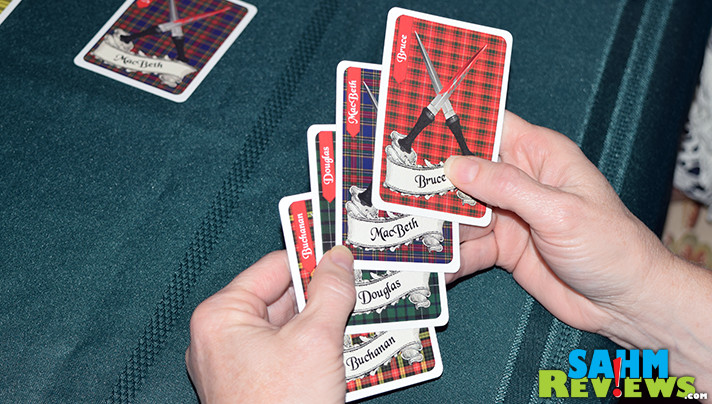 Each player is dealt three Family Cards, which are part of the regular member deck. These represent the clans you are part of and are kept secret. You also receive a randomly dealt hand of four or five Influence Cards, depending upon the number of players. These look the same as the Family Cards, but are to be kept separate and also secret.

Six cards are dealt to the middle of the table, forming the base of a pyramid, with the reminder cards placed off to the side to remind you (duh) of an action to take when the pyramid reaches that level.  The person with the clearest line of inheritance to the Scottish Crown becomes first player! 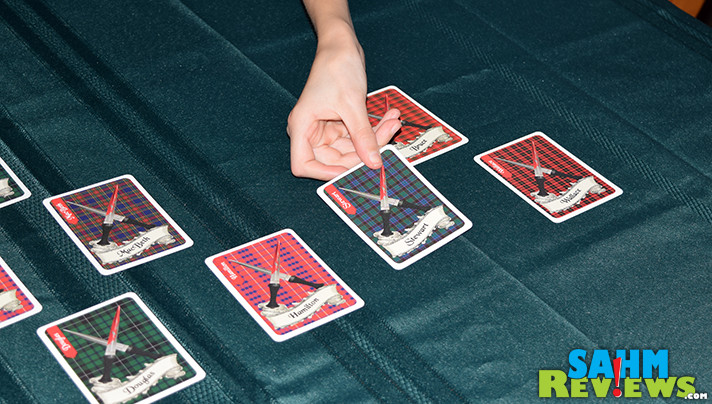 On a turn, players take one action from a possible two. First, they may advance a Clan Member card up the pyramid. This represents them gaining more influence in the kingdom and their card is moved diagonally upwards to an open space with two cards underneath it. Once they move, their space becomes empty and signifies a power vacuum which needs to be filled. The active player then gets to move another clan upwards from the row beneath the empty spot, or if the space is already in the lowest level, fills it with the top card from the draw pile. 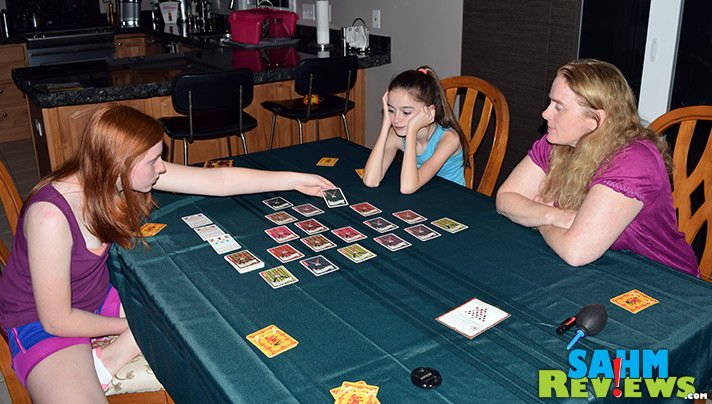 The other option is to use one of your Influence Cards to betray a Clan Member. Because you only have five to work with, timing the use of your betrayals is the key to rising to power. Play any card (or a matching card to a neighboring clan, if betraying a Clan Member in the top three levels of the pyramid) and remove that card from the game. Then you may begin filling the empty spots in the pyramid by the same rules as mentioned above.

The first player to move a Clan Member card into the Guardian or Noblemen levels (second and third from the top) must perform an additional action. They, along with all other players except the one to their immediate right, must reveal one of their Family Cards and leave it face-up on the table. Now you’ll begin to learn which clans the other players are trying to promote! 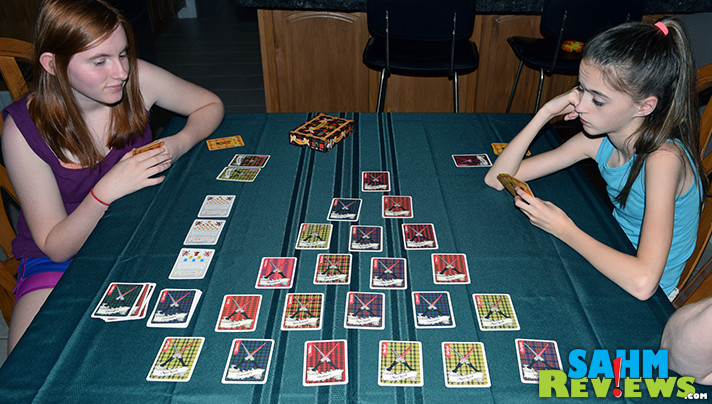 Once a King has been crowned by moving a Clan Member card to the top-most level, play continues as normal, but with players only able to betray and cannot take the advancing action. As an alternative, they may also pass their turn, and when all players have passed because they cannot or choose not to play, the game ends. Players reveal all of their Family Cards and receive points for their matching positions in the pyramid. Three points for having a Family Card that matches the King, two points for matching a Guardian and one for matching a Nobleman. The player with the highest total (10 is a perfect score) wins!

We had never played a card game quite like King’s Kilt. At first it reminded us a little of Pyramid Solitaire, but once we got to playing we realized the only commonality is the shape of the play field. We love that it’s Celtic-themed, but even if you’re not blessed with red hair and freckles, it’s still a fine choice for your collection. Find copies on Amazon for under $10 shipped or splurge for the entire E•G•G Series at a discount direct from Eagle-Gryphon Games!

Is there any Celtic blood in your veins?