There are many board game themes that have been overdone in the past few years. You can’t turn around without finding zombie or pirate-themed games. And games revolving around ancient history, both fact and fictional, have been staples for a long time.

Some of our all-time favorites are based upon some type of industrial business. Whether it’s trains or the stock market, for some reason we keep migrating towards those titles. This week we had the chance to add to our collection of games revolving around a little-appreciated industry of our past and present – coal mining. 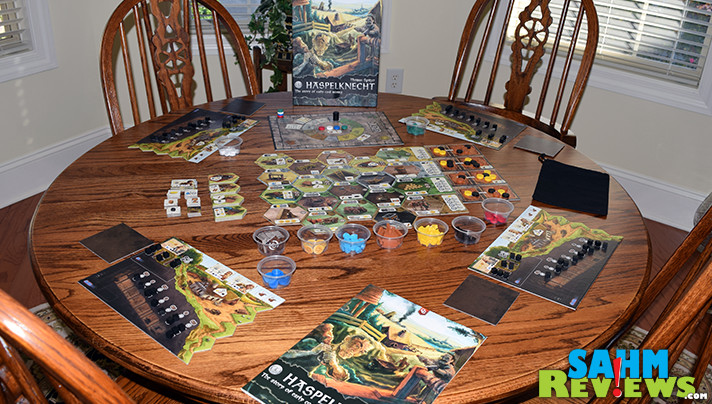 It’s been a little over two years since we talked about Coal Baron, our first coal-themed game in our collection. We really enjoyed it, enough to upgrade the stock currency, and it is still a staple of our game nights – especially when we’re introducing a new player to the world of hobby games. At this year’s Origins Game Fair we spotted a new coal mining game by Capstone Games entitled Haspelknecht. After discussing the game’s background and finding out it is part of a continuing series, we knew it was something we wanted to bring to the readers of SahmReviews.

There are many games issued in series, usually as a collection. We’re currently covering the E•G•G Series, but those are reissues of older games stuffed into same-sized boxes. Last decade’s GIPF Project is a good example of similar games issued over time, and ones that integrate into each other. Haspelknecht (German for “Reel Servant”, and is the machine that lifts the coal from the mine to the surface) is the first in a series by Capstone Games that handles things a little different. Each one will be set in the coal mining industry, with subsequent titles being a little ‘heavier’ (more difficult) and should act as a fantastic teaching tool for someone new to hobby games. 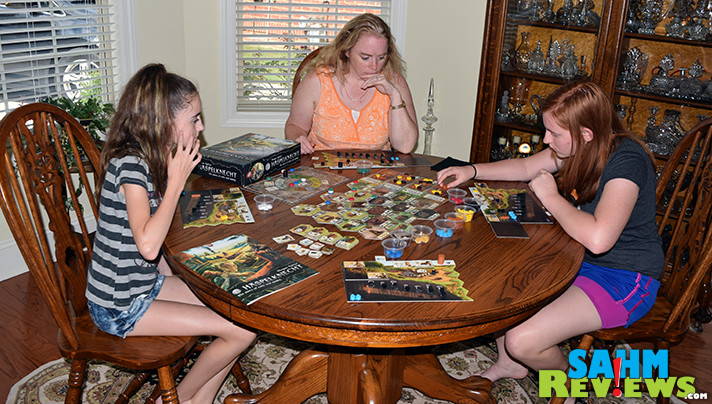 Haspelknecht takes place in the Ruhr region of western Germany, back when coal was first discovered in the 16th century. Players each take on the role of a local farmer who is trying to exploit the coal deposits in their land. Through various mining techniques, they will expand their farms with new developments, all with the same goal – get the coal to the surface!

Working from an individual player board depicting the mine on the farm, players take turns over two rounds choosing action disks from various action pools. These pools are randomly seeded by drawing disks from a bag. When selecting, you grab all disks of one color from one pool, keeping in mind you may have no more than five total in your carts.

These disks are then spent simultaneously on various actions, including mining, farming, developing. The entire game is played over three years, divided up by seasons. For Spring, Summer and Autumn, you will be working the mine and for the Winter you will pay your fees, score your farm and determine what goods you will store for the winter. 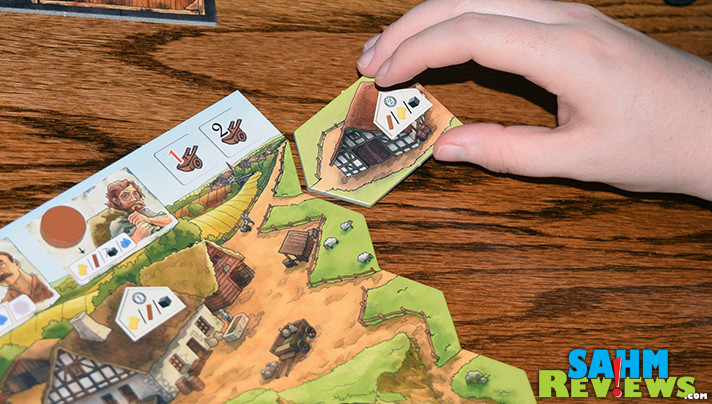 As might be expected, Spring and Autumn brings heavy rains, which fills your Pinge (surface mine) and underground mine with pit water. Too much water in the mine will prevent you from being able to bring coal to the surface, so regular removal of water must be part of your strategy. Mines also need support, which requires harvesting of timber to build wooden support beams. Without the beams, you cannot dig deeper into the mine.

The meat of the game lies in the development of your farm by building new structures. Some give you one-time bonuses, others have on-going abilities, while a few award end-game victory points if certain criteria are met. Each building can be built once by each player, so unlike other games of this type there is no ‘lockout’ by getting to a space first. In fact, the entire game is much friendlier than other euro-style games of this genre, with the disk selection being the only place where you can really get in each other’s way. 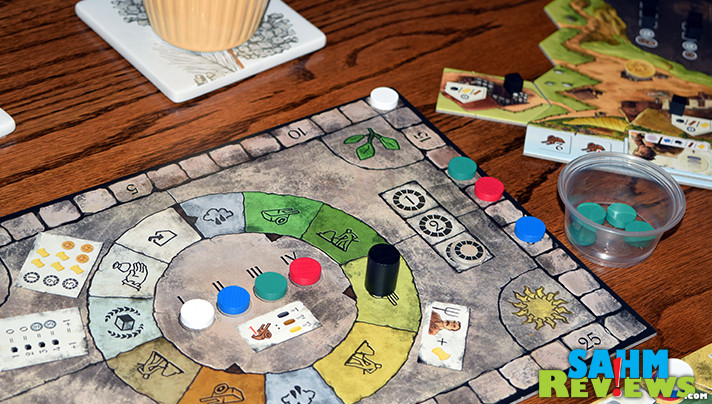 Final scoring is tallied based upon how far you dug in your tunnel, bonuses awarded by developments, unused action markers and leftover coins. Deductions are taken for taking loans during the game or ending with too much pit water in your mine. As usual, the player with the most points wins Haspelknecht.

I mentioned before how each subsequent title in this series will be a little more difficult than the last. Capstone Games accomplishes this by introducing new game features to each title, which implements a higher level of chaos. There’s a brand new expansion for Haspelknecht called Haspelknecht – The Ruhr Valley that gives us a good idea of the direction they’re taking.

Haspelknecht – The Ruhr Valley expansion can be implemented in three parts. The original base game of Haspelknecht is required, and each part of the expansion is applied to a different part of the game. First, there are 13 new development tiles that are randomly mixed with the originals, making every session different. Secondly, a brand new level of Black Developments adds a fifth line of buildings available only to the first player to build them (there’s the player interaction I mentioned before). Both of these expansions do not add any time to the original game’s length of around 90 minutes.

The last part of Haspelknecht – The Ruhr Valley increases the overall playing time by about 50% and ramps up the complexity of the mines. Not only will you need to create wooden beams to hold up the ceiling, as you move deeper into the mine it will require iron props. Of course, with this deeper mine comes more plentiful coal, so it is worth the investment to travel that deep. 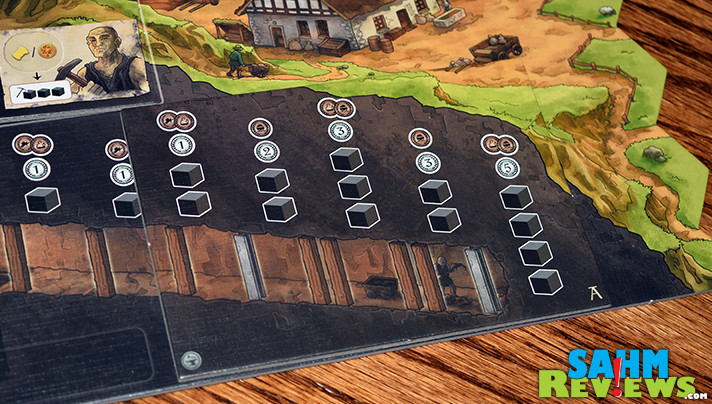 The next game in the series is set to make it’s public debut at Gen Con later this week and focuses on the coal trade. We hope to be able to bring you details about this second entry into the series, The Ruhr, sometime this fall! In the meantime, you can find your copy of Haspelknecht and it’s expansion on Amazon for immediate shipment. If you’re looking to learn more about this unique series of games, follow Capstone Games on Facebook and Twitter for up-to-date release information!

We’re excited about a game that gets harder with each new issue – are you?