We’ve completely lost track of all the camps our girls have participated in this summer. And for every one they signed up for, there was at least four or five more going on at the same time. Many times they had to weigh the pros and cons of different camps to decide which one they really wanted to attend.  Fortunately for us they usually agreed and went together to the same camp. And they came home with lots of stories.

Maybe it’s because we live just west of the Mississippi River, but I had never heard of a Wendigo. A quick look at Wikipedia tells me it is an evil spirit (or cannibal monster) from Algonquin folklore that is native to the forests of the Northern Atlantic coast and as far west at the Great Lakes Region. It reminds me of the stories of Chupacabra that our friends in California used to tell. Sounds super-scary to me. 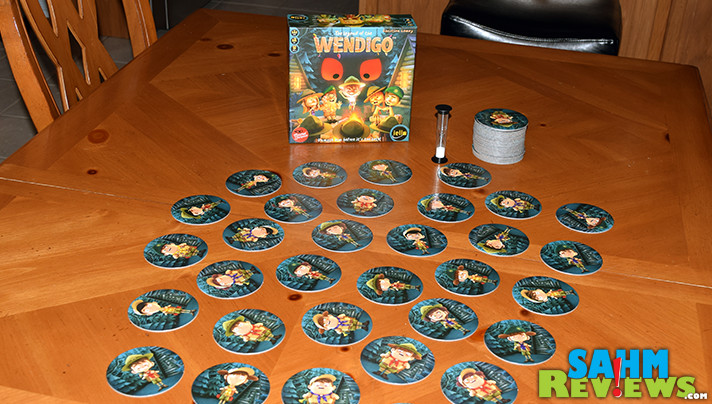 That’s the premise of a brand new game by iello Games, The Legend of the Wendigo. Instead of the typical game where everyone is playing for themselves, Wendigo is a one-vs-many situation. Designed for up to six players, one will take on the role of the Wendigo and hunt the campers each night. 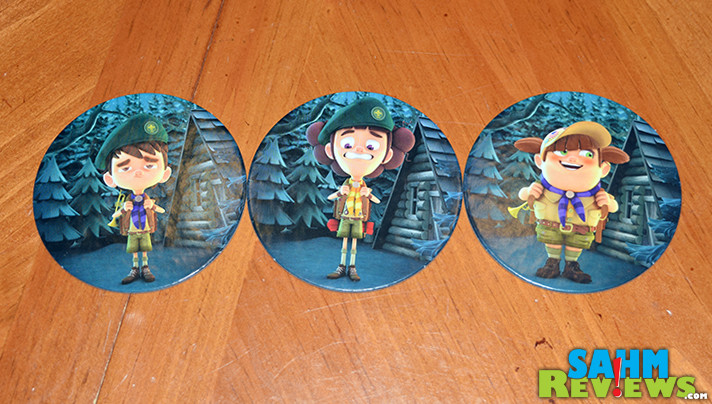 Included in the box are 32 Scout tiles and 32 matching Wendigo tiles. The fronts of the two sets are identical, with the backs revealing either a scared group of scouts or the evil Wendigo. Game setup is done simply by spreading out the 32 Scout tiles, making sure they aren’t touching or overlapping. 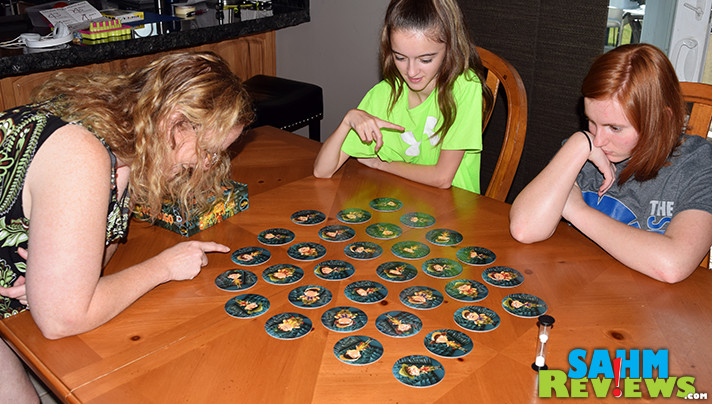 The person playing the Wendigo draws one of his tiles randomly and finds the matching Scout tile on the board, without revealing it. All other players then turn their backs while the Wendigo replaces one of the Scout tiles with his own. Now the game begins…

Each round takes place over two phases, night and day. During the night phase, all non-Wendigo players once again turn around so they cannot see what the evil spirit is doing. The Wendigo player removes a Scout tile from the board and moves his Wendigo tile to its place, simulating the capture of another scout. The Wendigo may not touch or move any of the other tiles, and must try their best to get the moved tile into the EXACT same position as the one they removed. The Wendigo then announces that daylight is coming. 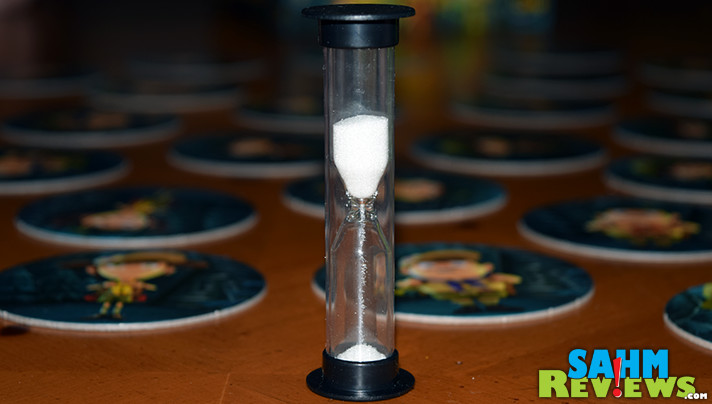 The rest of the players then turn around and examine the board. They are trying to find the one Wendigo tile among the campers by figuring out what has changed. They have 45 seconds to guess once (timer included) and then night begins again. The Wendigo will capture another camper, move his tile and again announce the rising of the sun. 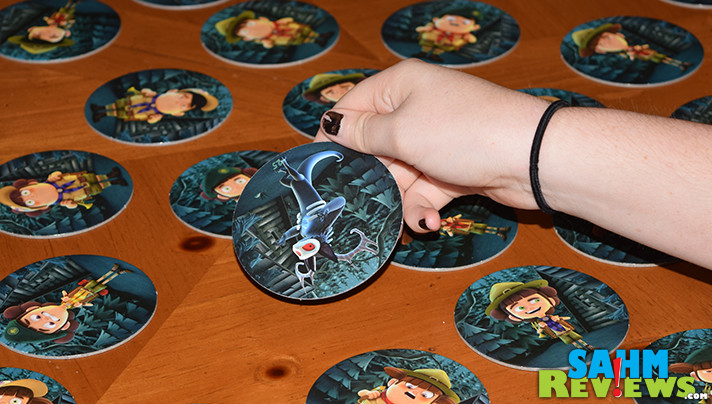 If the campers find the Wendigo in five rounds, they win the game. If the Wendigo manages to capture five campers and survive the following day (five rounds in total), the Wendigo player wins! If you are playing with younger campers, there are a few alternate rules included to make finding the Wendigo a little easier for the first few games. Playing with the full complement of six players makes it much easier than with just two since you can divide up the memory responsibilities.

The Legend of the Wendigo is an extremely easy-to-learn family game that is under $20 on Amazon or at your local game store. Check out iello’s other titles over on their website and let them know which you’d like to see previewed next on SahmReviews! And while you’re at it, give them a follow on Facebook or Twitter to see what they’re coming up with next!

Did you ever go to camp as a kid? What stories were you told?

12 thoughts on “Legend of the Wendigo Game Overview”