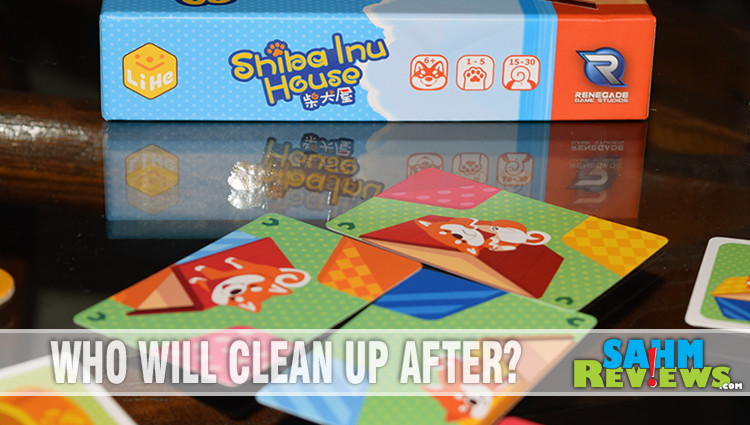 By now you know that Nicole and I are not huge fans of games that have a speed element. Not because they’re not fun, it’s because our mental reflexes just aren’t what they used to be. Our girls, on the other hand, love them. Doesn’t matter the theme or style, they know it’s an insta-win against their parents. So it’s a big plus when a game supports both low and high counts of players (guilty admission – we even search for 2-player-only games so they can compete head-to-head). 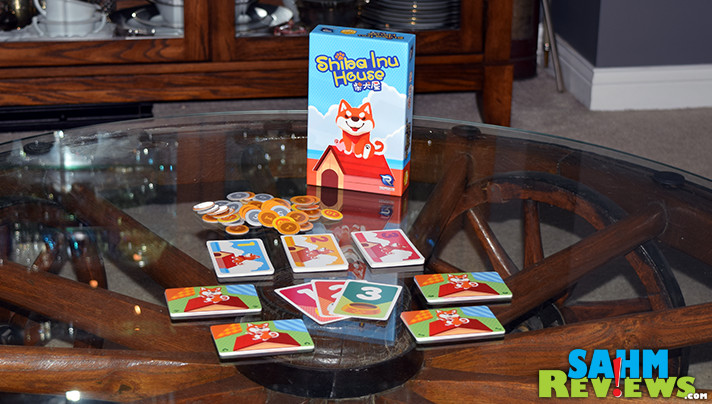 As much as we shy away from speed games, this time we’re making an exception. The artwork and theme of Shiba Inu House was just too inviting. An unofficial followup to Renegade Game Studios‘ Kitty Paw, Shiba Inu House has a similar play style that will appeal to kids of all ages. 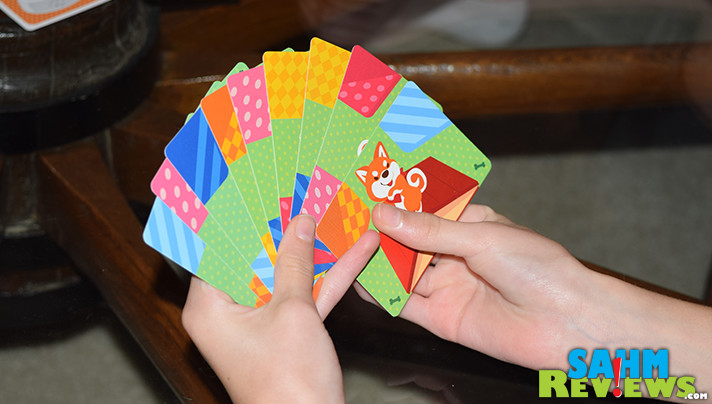 Supporting up to five players, each person receives a matching set of nine cards. There are also three stacks of challenge cards, numbered and separated by difficulty. At the beginning of each round everyone will draw one card from the lowest-numbered available stack and keep it face-down in front of them. Once everyone is ready, all cards are flipped over and the race begins. 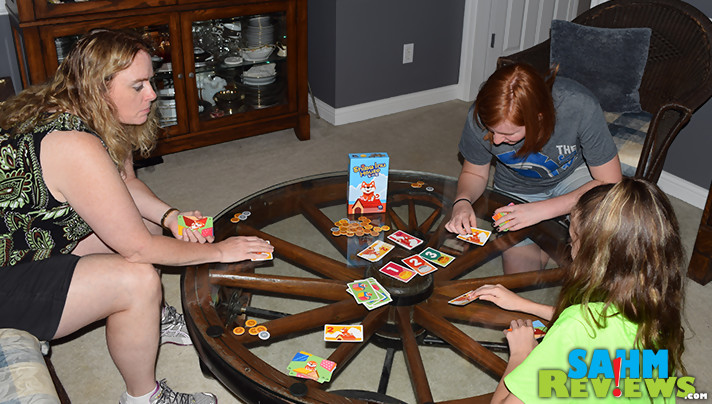 Using this revealed dog house as a key, you rush to arrange your nine double-sided cards to match the picture on the challenge card. You may turn and flip your cards as necessary until you line them up in such a way that they match the doghouse(s) on the challenge card. As soon as you finish, grab the lowest-numbered scoring card from the pool (1 = 1st to finish, 2 = 2nd to finish, and so on). 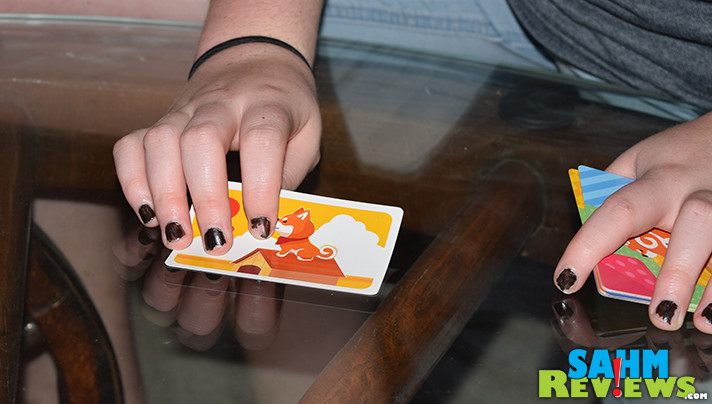 After everyone is finished building their Shiba Inu House, the plans are checked for accuracy. If correct, you receive the number of points on the back of the scoring card you grabbed. If incorrect, you receive no points for the round. Your set of nine cards is recollected and a new challenge card is drawn. After eight rounds the person with the highest number of points is the winner! 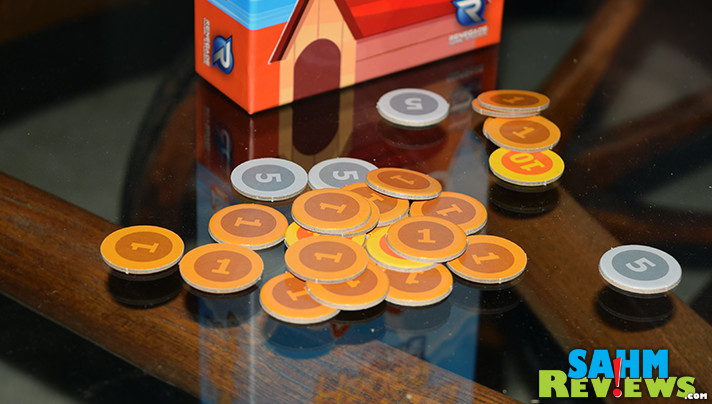 Shiba Inu House is accurately recommended for ages 6+ and is certainly a lesson in spatial awareness for all ages. The cartoon artwork will appeal to all ages (but we have to wonder a little about the cartoon depiction of a rectum – I guess it will bring lots of giggles to a younger crowd). We hope this line is continued with other breeds since it would certainly appeal to actual dog owners. “Havanese Hotel” anyone? “Rottweiler Retreat”? 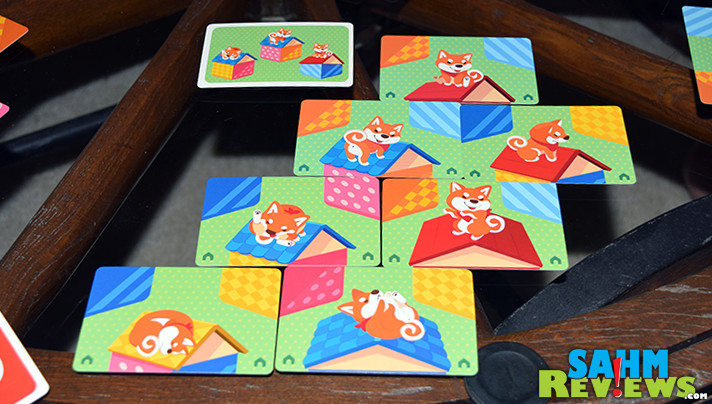 Copies of Shiba Inu House are available on Amazon right now for around $16 shipped or at your local game store. If you’re thinking of picking up a copy at Gen Con this week, make sure you hit their booth early. They completely sold out of their inventory at the Origins Game Fair and I would expect the same to happen at Gen Con!

Are you following Renegade Game Studios on Facebook and Twitter? If not, you should be! If you see something on their website that you would like to see a preview of on SahmReviews, be sure to let them (loudly) know!

Which breed version would you like them to create of Shiba Inu House?