Most times when we sit down for a game night with the family we pull out a multi-hour big-box game like 878 Vikings or Haspelknecht. These allow us to really get involved in the game, forming temporary partnerships with opponents or allowing for casual discussion about game play. But as of late we’ve noticed a trend – when it comes time to game, we’re choosing to grab what we call “small box” games more often.

I think it’s because we’ve recently picked up quite a number of games that have a ton of entertainment packed inside a box sized for a couple decks of cards. Or maybe because the family schedule is crazy with back-to-school activities. Either way, we’ve been impressed with the entire E•G•G Series of games and have also discovered quite a few titles with deep strategy like Oh My Goods! and Portal of Heroes. So when we saw a number of brand new small box games being offered by Tasty Minstrel Games at Gen Con this year, we were first in line to get a demonstration!

The first one we demoed, and one we brought home with us, was a cooperative card game with a silly name – Okey Dokey. At the time we didn’t realize we had already played another small box title, Sail to India, by the same designer and had even taken it with us on a cruise! Okey Dokey wasn’t anything like Sail to India, and what it lacks in deep strategy is more than made up for with simplicity and elegance. 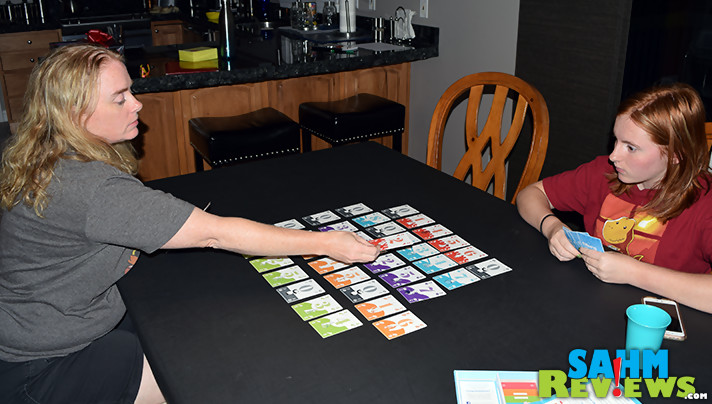 Okey Dokey uniquely supports up to five players while still being able to be played in solitaire mode. As previously mentioned, it is a cooperative game, meaning either everyone wins or everyone loses together! All you’ll find in the box are 53 custom playing cards along with a set of instructions. I see a purchase of card sleeves in the future since I think Okey Dokey will be seeing a lot of play. 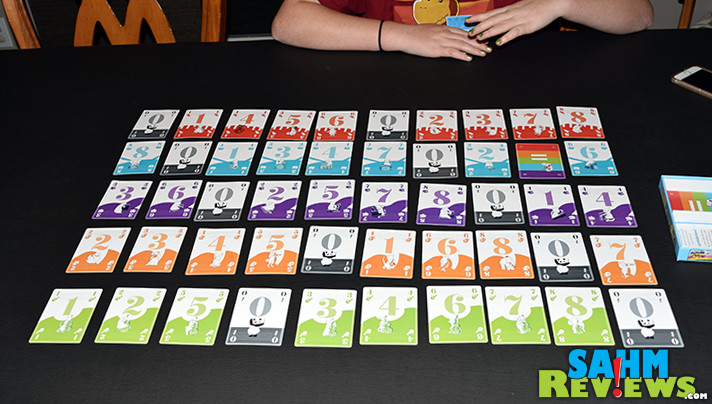 Your goal is simple – get 50 cards played to the center of the table before someone cannot play a valid card. You create your play area as the game progresses, establishing five rows (one for each suit) and filling columns one at a time before proceeding to the next. The trick – everyone has their own hand of cards which they may not reveal to each other. Cards must also be played in ascending order, with few exceptions. 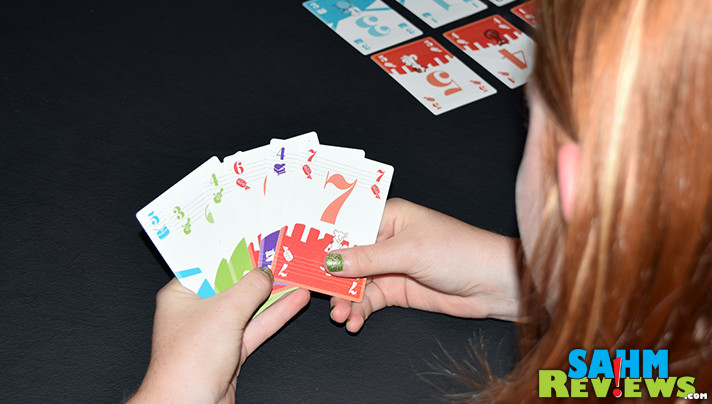 Each suit has numbers one through eight (total of 40 cards) and there are an additional ten reset cards with a value of zero (unsuited). The final three “Equal” cards are optional and are included to make the game a bit easier for first-time players. 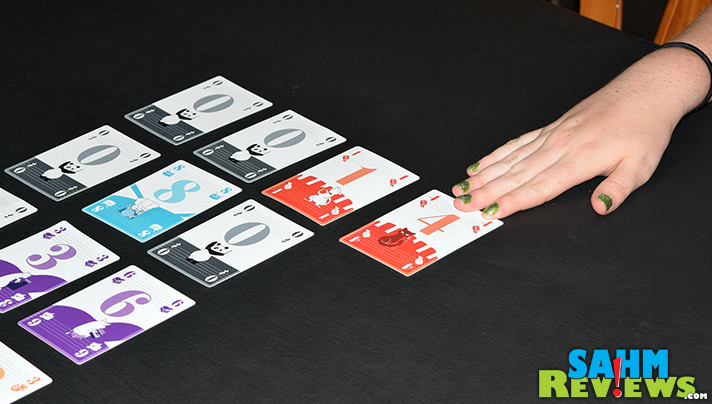 On your turn you simply play a card to the center, following the rule of ascending order. Each column must contain four suited cards (or an equal) and one reset card. Reset cards set the value back to zero, allowing the next card in the row to be of any value. 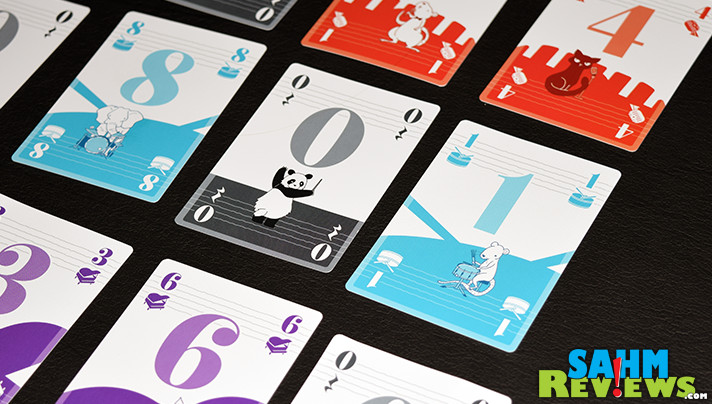 Sounds simple, right? You’re at the mercy of the shuffle of the cards as well as the ability of your teammates to communicate what areas they can cover. If you have one player who is determined to play their cards wherever they like, failure is almost certain. 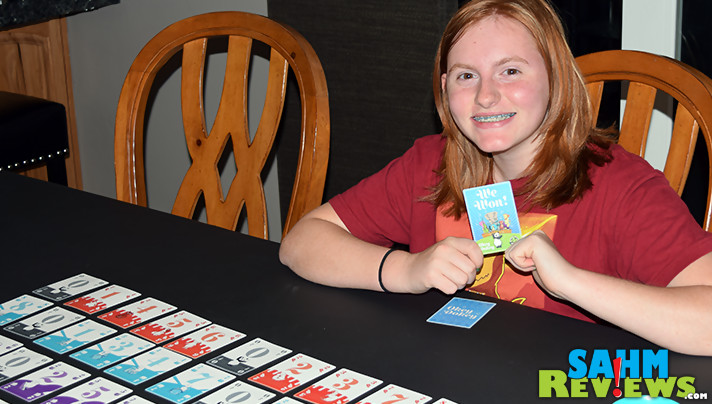 Okey Dokey might seem overly simple or rudimentary upon first glance, but after a couple tries you’ll soon come to appreciate the forward-thinking needed to actually win a round. And then you can turn things up a notch by removing the Equal cards (which can be played as a wild card at any time) to see if you can complete the challenge on the highest level!

Much like the other small box games we mentioned earlier, Okey Dokey is available at your local game store or online at Amazon for under $15! We also tried out a couple other tinier games by Tasty Minstrel Games while we were hanging around their booth and will be showing them to you very soon. If you want a preview of their new line, check out their website or social media channels (Facebook, Twitter). You’ll even find information about an upcoming Essen release!

Do you agree that big things can come in small packages?