It’s once again been quite some time since we’ve found anything new to us by Jax Games at our local thrift stores. A few years ago it seemed like every time we turned around we were finding something we didn’t already own. Many are still game night favorites, with Doodle Dice and Link-O making it to our game table almost weekly.

Our Goodwill has a separate section of games where they pile the decks of cards and small-box titles, most priced at 88 cents. This week we finally scored another Jax title in that section – The Game of Chips! And it was another example of a game that doesn’t appear to even have been played once since the cover sheet of the included score pad was still intact. 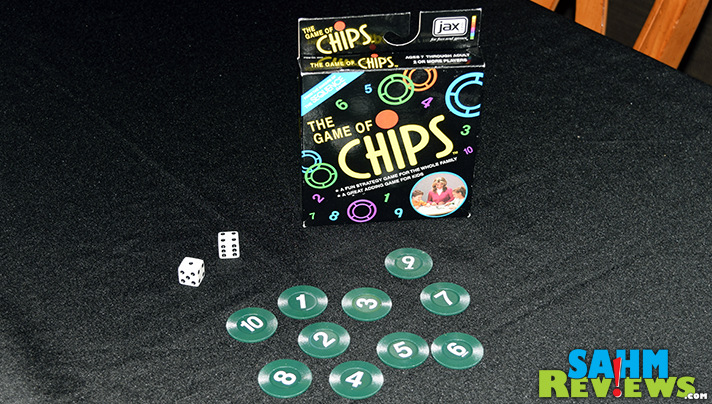 The Game of Chips is a pretty simple game and could easily be played using household items or extra game parts. Included in the box are two standard six-sided dice, ten poker chips numbered one through ten and the previously-mention score pad. 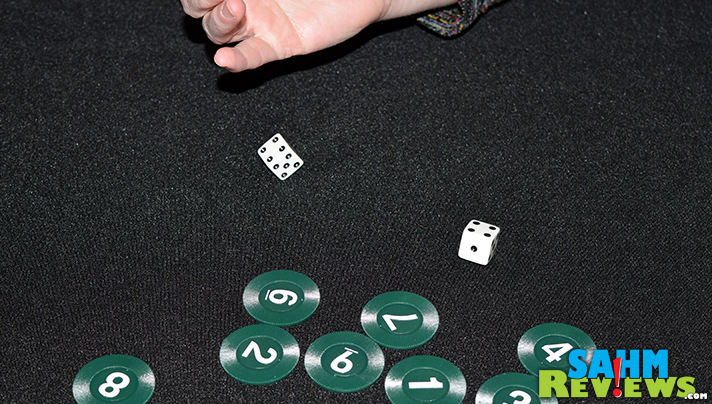 Two or more players take turns by rolling both dice and removing chips from the center that equal the sum of their roll. A player keeps rolling until they can no longer remove chips and any leftover numbers become their score for the round. The dice are then passed to the next player. 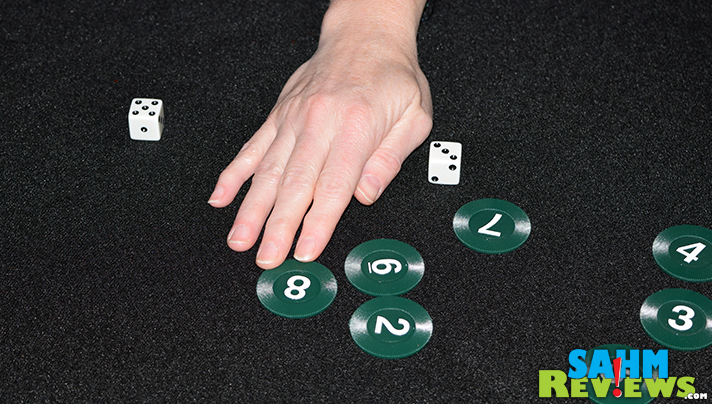 Once everyone has taken three turns, the player with the lowest total from all three rounds is the winner. The Game of Chips is a nearly 100% luck game since it relies on the roll of the dice. Of course you must decide which chips to remove since there may be more than one combination available, but that’s the extent of the strategy. 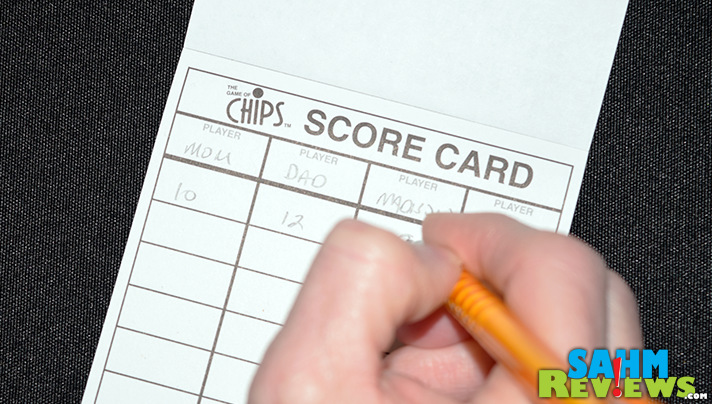 Expect a full game to last about 5 minutes per player, and in theory could support an unlimited number of participants. With a larger group it probably would make sense to have more than one copy on hand to prevent a long down time between turns.

New copies of The Game of Chips are available on Amazon for under $8 shipped. But if you have some extra poker chips laying around and a couple dice, this is a game you could easily make your own copy of. Or keep searching those 88 cent bins at Goodwill – one will certainly turn up!

6 thoughts on “Thrift Treasure: The Game of Chips”