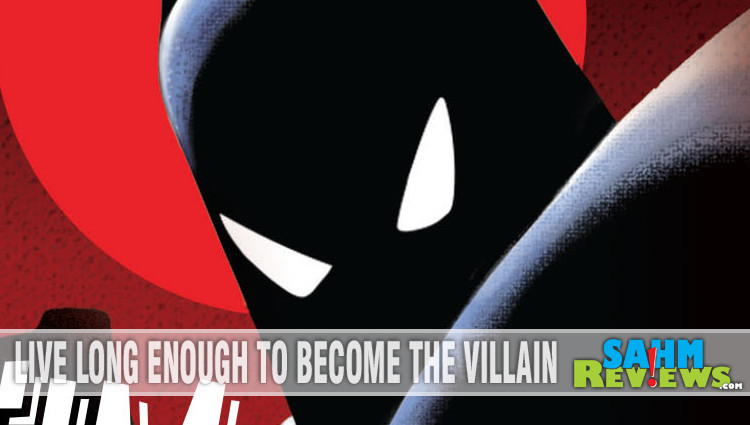 By now you’ve probably figured out my game type preference – abstract games. I play all types of games and anything with cubes runs a close second, but there is something about a head-to-head matchup with even sides that makes a win that much more enjoyable.

My girls see things differently. Of all the games they have played over the years, one type in particular fascinates them the most. Typically referred to as “hidden role games”, these have you taking on the persona of a character unknown to the other players. A great example is the werewolf series we talked about in 2015 – Ultimate Werewolf. Villagers are trying to figure out which among them is secretly a werewolf at night, reducing the town’s population by one each evening. It’s so simple, but still so popular.

Another favorite is Escape from the Aliens in Outer Space. This time there are two teams, one of human scientists and the other of aliens. Both teams are aboard the same space-based lab, and no one knows what species the other players are. The humans are trying to escape via an emergency pod, while the aliens are doing what aliens do best – hunting down the humans and feasting. 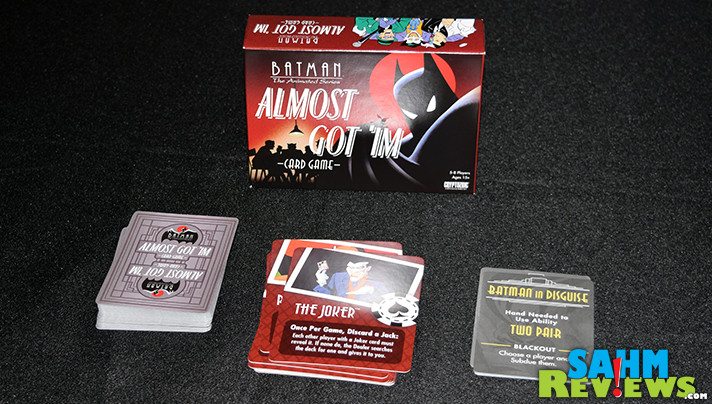 Both of these titles are true hidden role adventures, but what if a game used a hidden role mechanic but added something a little extra to make the game more interesting? That’s exactly what we found in Cryptozoic Entertainment‘s superhero-themed card game, Batman: Almost Got ‘Im.

In Batman: Almost Got ‘Im, Batman has disguised himself and is sitting in on a weekly poker game put on by the villains. Up to eight players (actually seven – one person is the dealer for the whole game) are trying to figure out which of the people at the poker table is really the Caped Crusader. On the other hand, Batman begins to subdue villains one at a time until he reaches a predetermine goal (two or three, depending on the number of players).

Each person is given a Character card, which is placed face up in front of them, and a Secret Role card that is always kept hidden. The Secret Role card not only informs you of your hidden ability and its cost, they also randomly pick who is to play the game as Batman.

Don’t forget, this is a poker game. Each player is dealt a hand of five cards and on their turn may draw a new card from either the deck or from the top of one of the discard piles. You’re not working on a traditional poker hand, each Secret Role card identifies a hand that you need to construct in order to activate your ability at the end of the round. 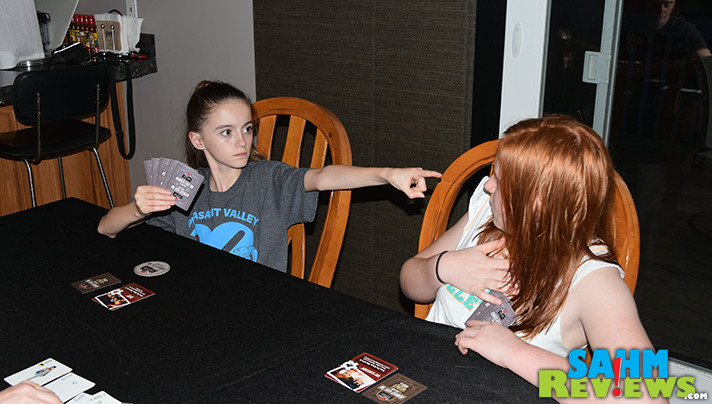 Once each player has had the opportunity to draw once, the start player (called “The Brains”) may elect to accuse a player of being Batman. This is usually decided by table talk, so expect a lot of accusations to be thrown around beforehand! If the accusation is seconded, a vote takes place on whether to formally out the identity of the accused. If Batman is correctly discovered, the team of villains wins the game. If incorrect, that player is subdued, turns over his Character Card and may no longer use their abilities. They do still get to participate by creating a hand and discarding cards that other villains need.

If the game isn’t over, after voting comes a blackout. All players close their eyes and the dealer asks each one of them to open their eyes one at a time to see if they completed the required hand and are activating their ability. Once each player has revealed to the dealer their hands, the dealer resolves them all. These will range from accusing another player of being Batman to restoring a previously-subdued character, giving them back all of their abilities!

We like the way Batman: Almost Got ‘Im utilizes cards to build up your special ability. If you don’t get the hand you need one round, the cards remain in your hand until you draw the ones you need successfully. This kept the game from just being another “accuse someone because they smiled” exercise and introduced some randomness so you can be lucky and good! The one-time-use abilities on the Character Cards also mixed things up, especially when played at the right time. They could certainly turn the tide very quickly!

If your kids are like ours and enjoy Ultimate Werewolf and hidden-role games in general, consider picking up a copy of this one on Amazon for well under $20 shipped. Cryptozoic Entertainment just announced on their website that the follow-up to their Ghostbusters-themed game from last year has arrived in the U.S. and you will be seeing it on shelves very soon. Follow them on Facebook and Twitter to find out exactly when, and stay tuned to SahmReviews – we have an overview of it coming this summer!

Have you ever played a hidden-role game? Which one?