You’ve heard us talk about the ongoing renaissance in the board game world many times over the past couple of years. By some estimates over 5,000 new games are introduced every year! This is partly thanks to crowdfunding sites like Kickstarter and Indiegogo, but can also be attributed to Chinese manufacturers hiring US-based reps to help with the logistics of getting a product made overseas. Coupled with a general desire to do more things offline, it doesn’t seem that the industry’s growth will be slowing down any time soon.

As a regular SahmReviews reader, you already know that I love abstract games. Sadly, this type of game has pretty much been left out of the board game boom. Maybe it’s because of the huge popularity of that style of game throughout the 70’s and 80’s. Those are the ones we regularly pick up for our Thrift Treasure series! So when I hear of a brand new abstract game just now hitting the market, I know we have to be among the first to test it out. 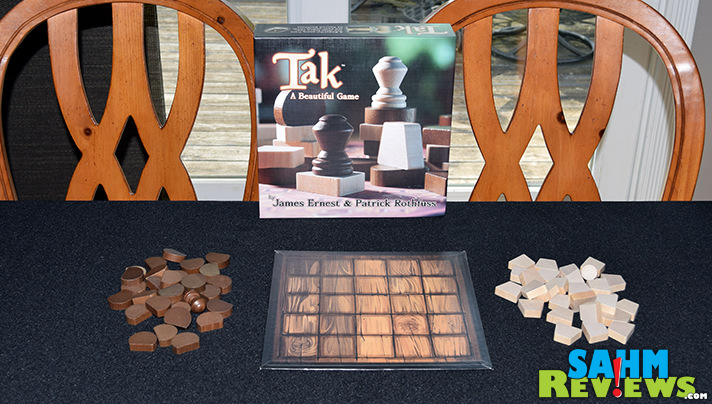 Ok, so maybe not the first. Tak by Cheapass Games was originally offered as a Kickstarter last year. To say it surpassed all expectations is an understatement. Not only did it exceed its funding goal of $50,000, it did so 27 times over, raising north of $1.35 million from over 12,000 backers! I won’t be among the first to play, but am happy to be in the top 20,000! 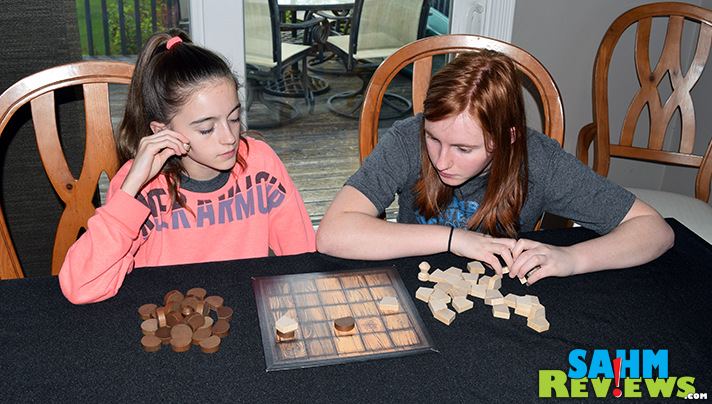 First, a bit about the game itself. Tak is a 2-player game where you are trying to be the first to build a road connecting any two opposite sides of the board. The game can be played on any board configuration from 3×3 all the way up to 6×6. Each player has a set of color-coordinated pieces comprising of regular stones and one capstone. 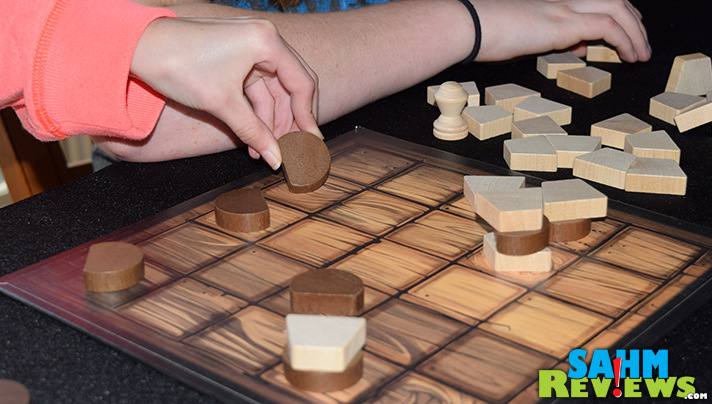 On your turn you take one action. Either lay a new stone (or wall) on any space on the board that is unoccupied, or move a stack already on the board. When laying a new stone, you simply place it on the board flat. This counts towards your road, but is only active while it is visible. More stones can be stacked upon it during a movement. 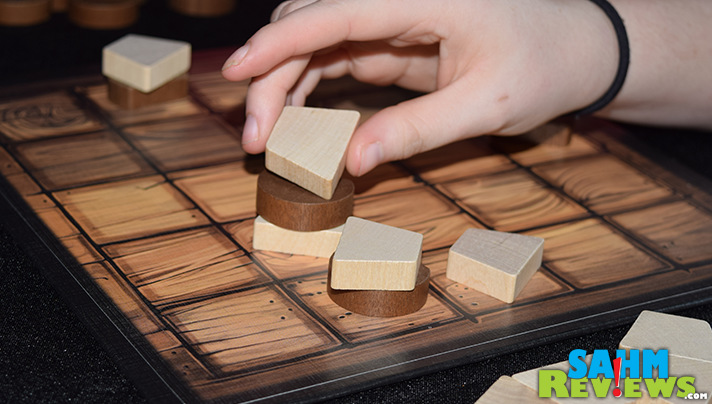 You might also select to lay the stone tile as a wall. In this scenario you simply place the tile on its edge, much like a standing wall. These do not count as a road, but serve to block both roads and movement. Capstones can also be placed and serve as both a road and a wall at the same time. 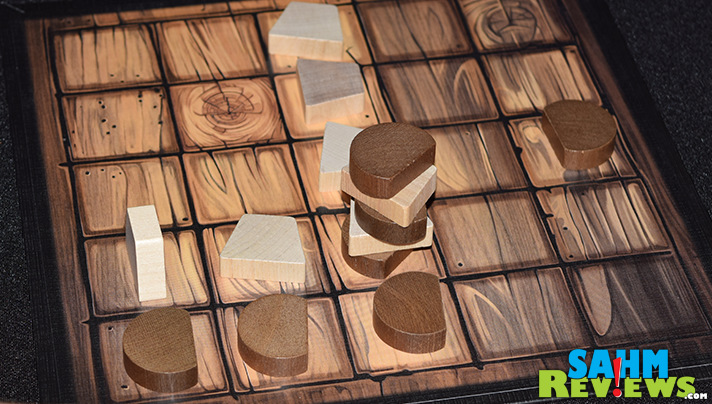 Movement of stacks in Tak is where the real strategy lies. You can move the contents of a stack in one direction, dropping at least one piece on each subsequent space as you move. You are not limited to dropping just one – you can choose to drop them all if you like. The only limitation is you must move in only one direction and you cannot move through walls or capstones. 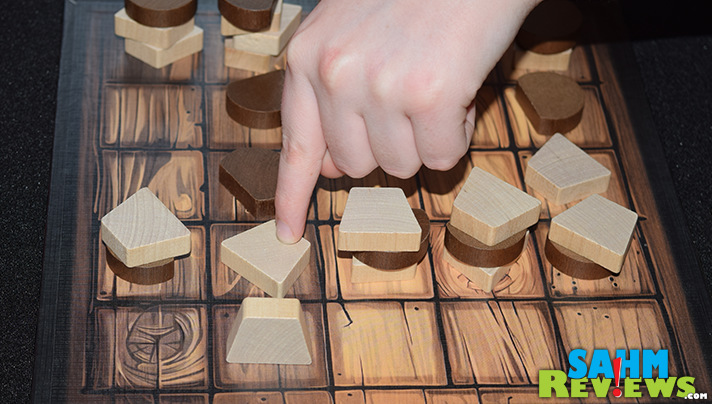 Other than serving as both roads and walls, capstones have one other special power. They are the only piece that may knock down a wall. When moving a stack with the capstone on top, if the capstone ends its move on a space with a wall, that wall is knocked down flat with the capstone being place on top. Players take turns in this manner until one player manages to complete a road connecting two opposite sides or the board becomes full and no other pieces may be played. In that case the player with the most captured spaces (with their stones on top) is the winner.

For what appears to be a simple game, Tak requires a serious amount of back-and-forth tactics. Being able to plan a couple moves ahead is imperative, and keeping an eye on what your opponent is working on becomes more difficult as the board fills up. This is not tic-tac-toe, the roads can weave and turn to make the connection. Hunting for a straight line is not the best strategy!

It is hard to believe that Tak was just created last year as it has the depth and elegance you would expect from a game that has been around (and refined) for centuries. It is certain to stand the test of time, and I foresee a burgeoning market for custom pieces and boards in the future.

You can find Tak on Amazon for around $35 shipped or directly from Cheapass Games via their website. Be sure you’re following them on Facebook and Twitter – they have another Kickstarter campaign running right now that has already met its funding goal and is one of Nicole’s favorite types of games – ones with dice!