Living in the Midwest, most people immediately think of farm animals. What many don’t realize is our part of the Mississippi River is known as a haven for Bald Eagles. One of the local businesses has offered an eagle’s nest livestream for years and it can be quite relaxing to watch such majestic creatures. 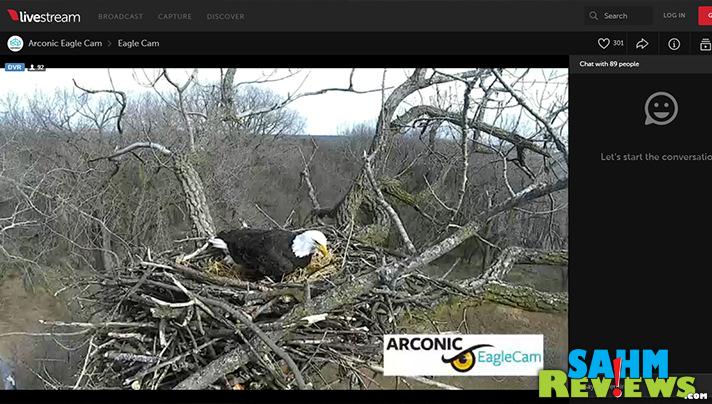 It’s breathtaking seeing them in the air or swooping over the Mississippi River in search of food. During river excursions, we’ve learned several facts such as the fact they return to the same nest each year (with a starting size around 5 FEET wide) and have infant mortality issues (it is not uncommon for the older to kill a younger/weaker one.) 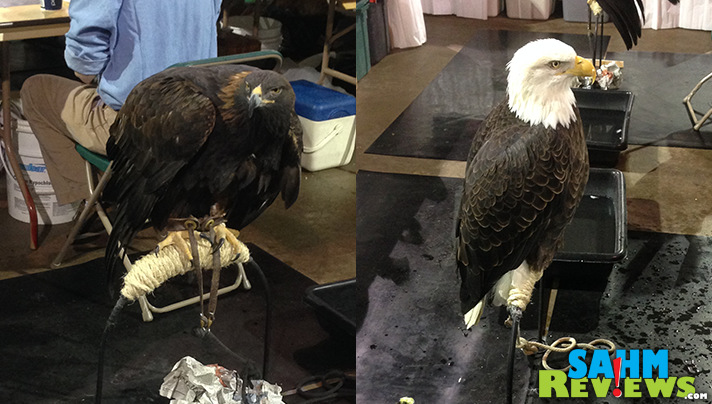 A couple years ago we attended Bald Eagle Days, a local convention celebrating this majestic bird, and were able to learn more about them and see them up close and personal. I’ve seen them in the air, perched in a tree or standing on the frozen Mississippi many, many times. Whenever we visit a zoo, I seek them out. But nothing could prepare me for how huge these creatures are up close. Not only did we see a Bald Eagle up close, but other birds, including a Golden Eagle, were on display as well. I think that’s why Sony’s movie The Eagle Huntress was of such interest to us.

The Eagle Huntress is a documentary chronicling the life of a 13 year old Mongolian nomad girl and her quest to follow a path previously only expected of boys and men. Narrated by Daisy Ridley (whom you may recognize as Rey from Star Wars) with executive producer Morgan Spurlock, it’s the story filled with messages of encouragement. Without the negativity that often comes with pieces on female empowerment, this young girl simply wants to do something she loves and doesn’t let tradition stand in her way. 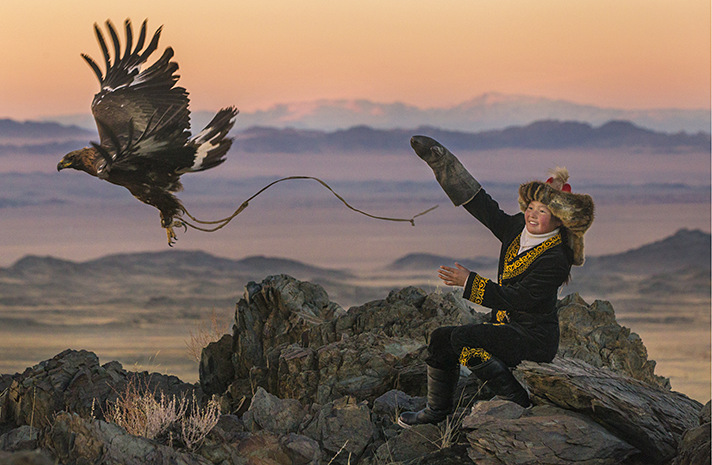 Here in the United States, people don’t recognize just how good we have it. Even with political and social disagreement, our lives in general are safe, comfortable and modern. When the girls and I sat down to watch The Eagle Huntress, the semi-nomadic lifestyle is the first thing they asked me about. Aisholpan’s home in the hills of Mongolia was simple with no modern conveniences. They took care of the livestock, cooked and cleaned when they were home. During the week, Aisholpan and her siblings would leave their home each week and stay five days in a dormitory with other children in order to attend school. They didn’t get to return home at the end of each school day. They didn’t get the peace, quiet and solitude of their own rooms. And the older siblings were responsible for caring for the younger. 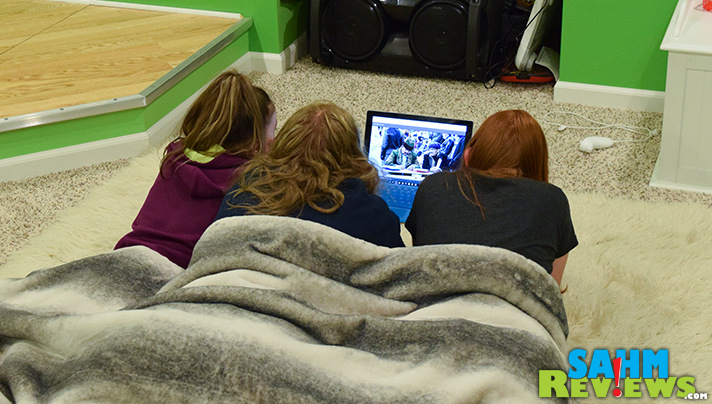 This realization by my girls was the first of several life lessons and points for discussion that The Eagle Huntress would provide for us. As a nature-based documentary, I expected to learn more about eagles and how they played an impact in this particular society’s lifestyle. In reality, it is completely about Aisholpan’s journey. A journey that is not easy physically, but even more difficult culturally and traditionally.

For years, my employment was rooted in male-dominated industries and I had to constantly prove my worth.  It was difficult, but women in the industry wasn’t unheard of, just uncommon. Aisholpan was not only entering an arena (both literally and figuratively) dominated by men, but she was the FIRST female to do that. Eagle hunting was a tradition passed from father to son to son to son for generations. Aisholpan’s father knows at least 12 generations of men who preceded him. While he recognized her talent and was willing to teach and train her, the elders disagreed stating that women belong inside  “preparing tea and water”. One said “women are supposed to stay indoors and quarrel for gifts and parties, while men are meant for the outdoors, and we quarrel for the catch.” 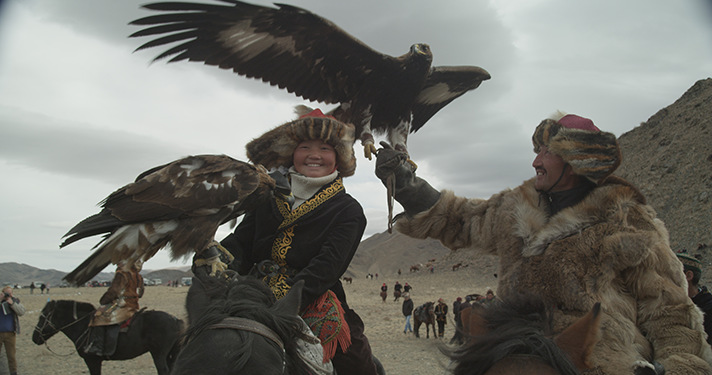 Rather than acknowledging her successes, they explained away her interest stating that eagles demand courage and respect and that holding an eagle does not make you an eagle hunter. But she never approached it as a challenge to the traditions; she did it because she loved it. She displayed nothing but positivity as she attempted to capture her own eagle, learned to train and hunt, competed in the eagle festival and set out into the cold of winter to actually hunt. It felt good to show my girls that achieving success doesn’t need to highlight someone else’s failure nor does it need to feel like a battle – even when it truly is.

In conjunction with The Eagle Huntress, Sony has prepared a study guide to assist teachers and homeschool families with incorporating this motivational and educational piece into their curriculum. I went over it with the girls and we discussed the overall topics of personal empowerment, stereotyping and building identities. I asked Kennedy what she thought and she said, “What I liked about the movie is… It is about women’s rights and how girls can do anything if they put their mind to it. This movie was interesting because the elder men said “women can’t do things men do.” Madison said, “I couldn’t bear the fact that everyone was so negative about her. I hated the people whose comments were so sex-based and wouldn’t believe she succeeded. But overall, the movie was fantastic.”

I’ve said many times that communication with our children is important and finding ways to open the door to the conversation is key. The Eagle Huntress is filled with possibilities for spurring conversation. Whether you are a teacher and want to use it in your classroom, a parent who is looking for a story with an inspirational message or someone interested in history, culture and enjoys documentaries, this is worth watching. It’s currently available on BluRay and DVD or digitally on Amazon video. Visit The Eagle Huntress on Facebook to get more behind the scenes information.

Have you ever seen an eagle up close?

7 thoughts on “Messages From The Eagle Huntress Movie”