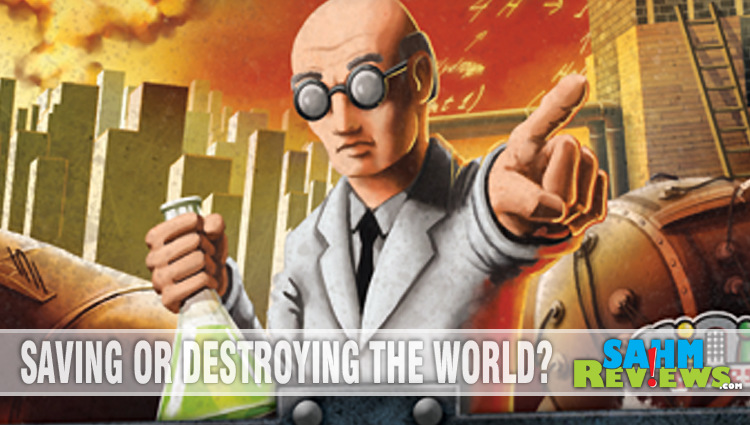 A Small Bomb is Still a Powerful Bomb

While we’re on the subject of all things science (see Tuesday’s article about the Mad Science Foundation), it brings back to mind one of our absolute favorite games we played in 2015, Manhattan Project. In fact, our youngest became so good at it that she took second place at our local gaming convention in their annual strategy games tournament. This was no kids’ contest, she was the youngest by far and there was only one other child in the competition (her sister). She attributes her success to knowing Manhattan Project so well, which luckily was one of the games chosen for the event.

Beyond that, Manhattan Project is just a solid game and a staple in many hobby game collections. It’s a huge bonus that it does a great job of teaching quite a bit about history and the construction of the atomic weapons of that era. There’s an upcoming expansion which we hope to be able to tell you about soon, but in the meantime we discovered that Minion Games issued a smaller, card-based game in the same theme: Manhattan Project: Chain Reaction! 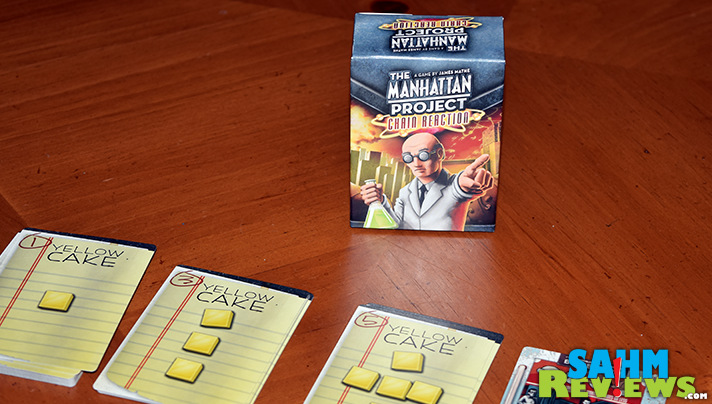 And boy are we glad to have found it. A common feature of modern hobby games is the need to play a turn correctly by maximizing your resources and efficiently producing goods. In Manhattan Project: Chain Reaction, that’s the entire premise of the game! You need to be the most efficient at using your workers to produce yellow cake and uranium so you can build bombs faster and bigger than your opponents!

In the center of the table lies stacks of yellow cake, one of the resources you’re trying to create. These could be considered the currency of the game as most everything hinges on obtaining and spending it. You’ll also find four landmark buildings which can employ your workers and create additional workers, yellow cake or uranium. There are also a number of bomb plans randomly drawn according to the number of players. These are your ultimate goal – collect the correct resources and workers to build a bomb, each worth a different amount of victory points. 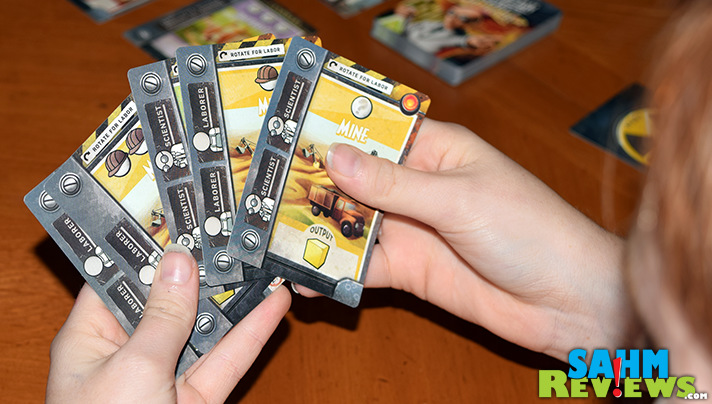 Each player works from a hand of five cards on their turn. Much in the same manner as Oh My Goods! (which we talked about in October), Manhattan Project: Chain Reaction’s cards serve two purposes. You may turn them on their side and use the workers noted on the card or leave the card upright and fulfill the price to have it produce a type of good or additional workers.

Cards are only used once and discarded once activated, so you’re trying to come up with the most efficient combination possible on your turn, keeping in mind what you ultimately need to fill the bomb recipes. In the example above, we played a card that awarded us with two engineers. We sent them (well, actually one – the other is ‘lost’) to University, where the output was three engineers. Those three engineers then went to the mine where they produced three pieces of yellow cake! 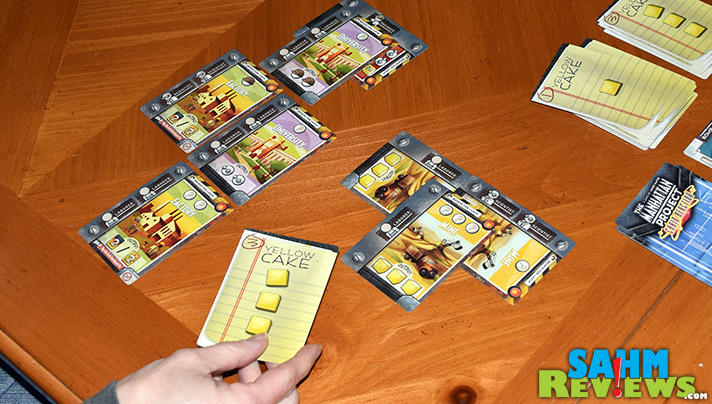 In the original version of Manhattan Project you chose an action to take with your workers that inevitably got in the way of actions your opponent might be looking at. In Chain Reaction, this is not the case as each player works from their own hand only. This also helps keep the game moving since you can plan out your play while others are taking their turns. Expect a full game to take no more than 30 minutes! 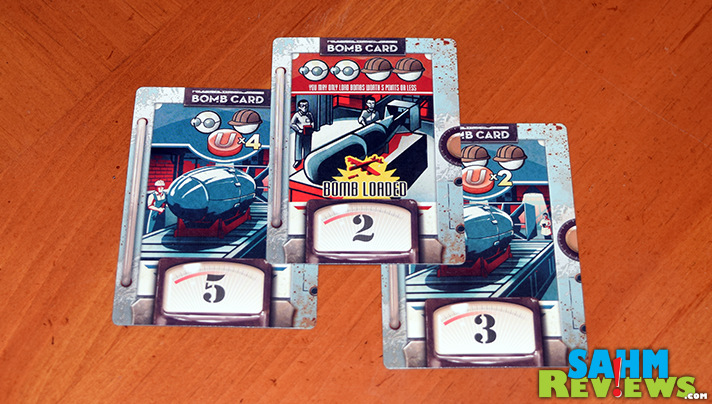 Each player takes turns in order until someone accumulates at least 10 victory points via bomb plans or loaded bombs. Additional points are awarded for leftover uranium (1/2 point each), with yellow cake being used as a tie breaker.

If you enjoy puzzle-ish games like this, where your success is solely determined by your ability to play your cards in the most efficient manner, then you’ll love Manhattan Project: Chain Reaction. Even better is you can find copies on Amazon for just over $13 shipped! Probably one of the best hobby game values out there, and comes in a box the size of a standard deck of cards (except twice as thick).

You’ll certainly want to keep an eye on Minion Games‘ Twitter and Facebook pages as they’re just now introducing an expansion to the original Manhattan Project that more than one of our friends are already talking about. If you run into them at your local gaming convention, let them know you’d like to see it (and more of their products) featured on SahmReviews!

Have you played the original Manhattan Project yet? Would you prefer it or this card version?

8 comments on «A Small Bomb is Still a Powerful Bomb»