I’ve mentioned before my secret admiration of Simon Bar Sinister from the Underdog cartoon series. Even though he was one of the villains in the series, I felt he was just a misunderstood guy who was trying to further science by creating things no one else would attempt. Nicole is also a fan of using games to teach, and loved the science-themed Alchemists and the puzzles it challenges you to solve. It seems that we both have a love of all things science. 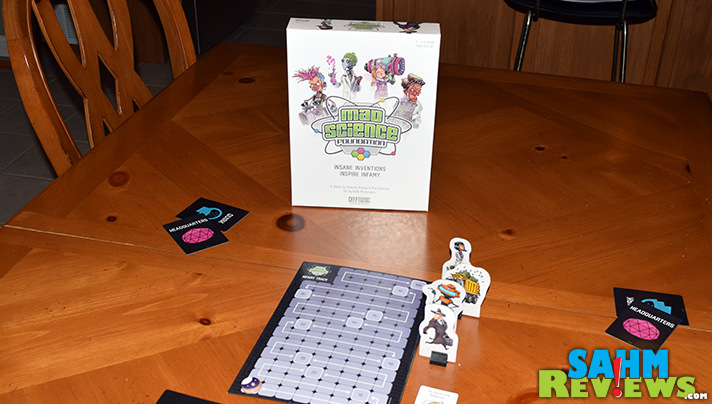 With two “A” students in their respective science classes in our household, we could probably form our own club. Or a society. No, a foundation! As it turns out, Cryptozoic Entertainment beat us to the punch with their newest science-themed game, Mad Science Foundation! And it comes with it’s own scientist in the box!

Obviously I’m kidding about the scientist-in-a-box, but we did get a quick demonstration of the game by one of the designers, who was cleverly dressed as a mad scientist, during this year’s Gen Con! In the box you’ll find a score track board, four cardboard standees, four player markers and two different sizes of playing cards.

As a mad scientist, your obvious goal is to gain infamy for your ideas and creations. To do this you must create inventions by gathering the correct resources and spending them to construct your idea. Each player is dealt a Quirk card, which will award you with end-game bonuses (if you achieve them). At the beginning of each round of play, the player who controls the Director gathers resources and prototype inventions (according to the number of players) and divides them into ‘equal’ piles. I say ‘equal’, because this is much like when we were kids and mom made one of us break the cookie into pieces, but let the other one choose first. This is exactly how Mad Scientist Foundation works. One makes the piles, the rest choose which pile they want first.

Resources collected are saved in your hand, while inventions are laid in front of you, turned sideways to denote they have not been made yet (these are just plans at this point). On your turn you may spend your resources to construct an invention whose ‘recipe’ is printed on the bottom of the card. 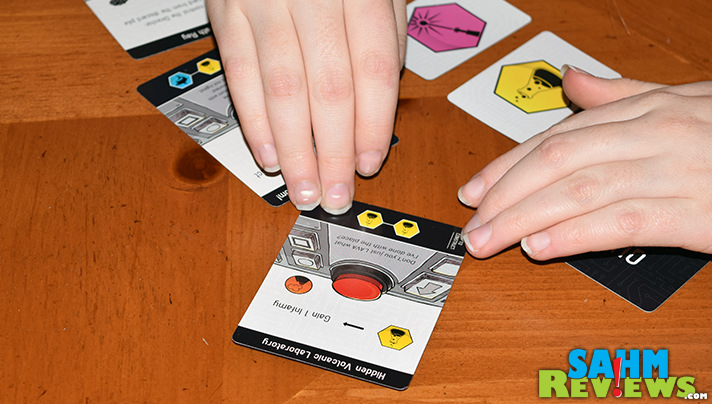 Once built, you may activate each invention once per round by pressing the big red button and taking the action listed above it. Some award you with additional infamy while others award you additional action or allow you to collect additional resources. 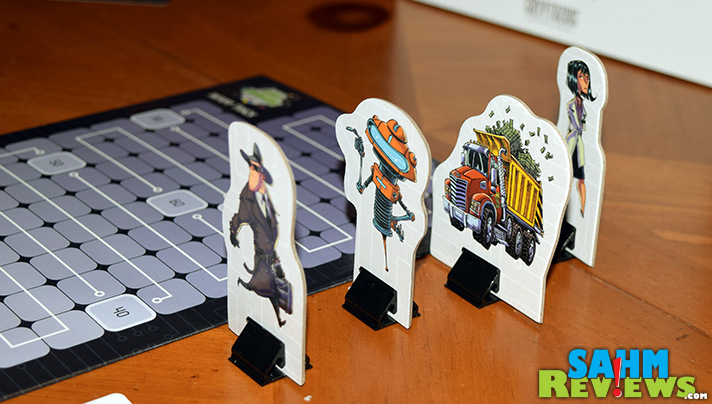 Of course, any good scientist needs minions, and Mad Science Foundation includes four in the box. These are ‘won’ in the same manner as inventions and resources and each have different powers that you can execute immediately. They only follow you for one round, returning to the draw pile to be redistributed during the next round.

Ultimately all the inventions will be distributed, signalling the end of the game. The final round is played in its entirety and the scientist with the highest infamy score (including bonuses from your personal Quirk) is declared the winner! 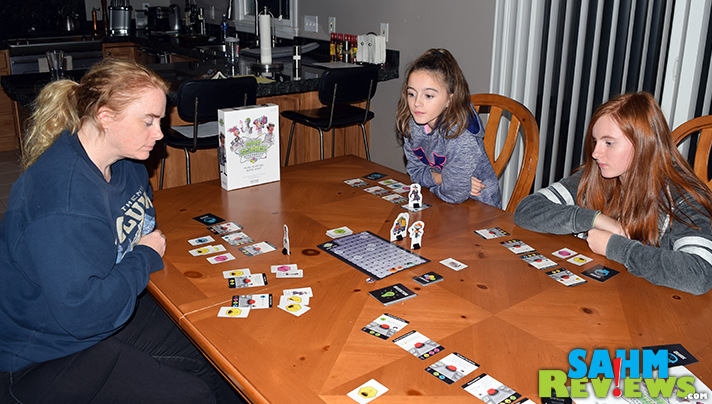 Oddly, Mad Science Foundation has a recommended age range of 15+. We’re guessing this was awarded solely due to product testing (or the lack thereof), as the ease of learning and overall game play is appropriate for ages as young as eight, in our opinion. There are no overly small pieces to worry about, and the art is certainly kid-appropriate, so do not be scared away by the higher-than-normal age recommendation on the package.

Find your copy on Amazon for around $20 and watch Cryptozoic Entertainment’s Facebook and Twitter feeds for a couple exciting product announcements coming soon! We’re especially excited about their new Mighty Meeples line and hope to be able to show them to you here on SahmReviews!

Who did you root for more, Underdog or the villains?