If you were of TV-viewing age in the 80’s, you know that game shows were all the rage. Classics like Jeopardy, The Price is Right and Wheel of Fortune were staples, but lesser known shows filled the time slots between soaps and well, more soaps.

The board game industry certainly sought to capitalize on the popularity by issuing home versions of popular game shows and some were even given away as consolation prizes to contestants! This week’s Thrift Treasure was more recently re-issued by Endless Games to appeal to those of us that have fond memories of watching Bob Eubanks every afternoon. 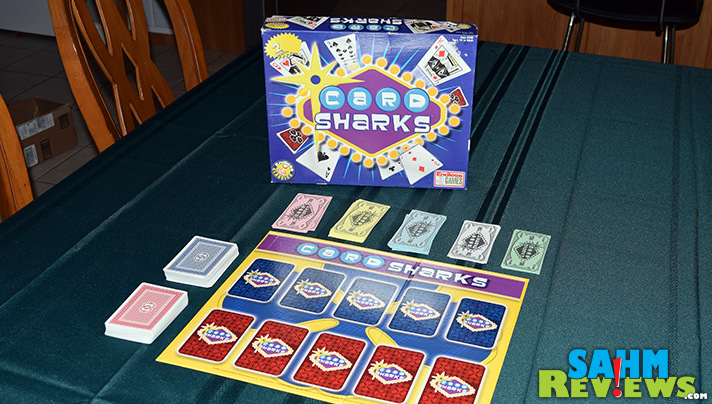 Card Sharks is best played by three people with one person acting as the Master of Ceremonies (“MC”) and in charge of guiding the game. The two contestants cut their decks and highest card goes first. 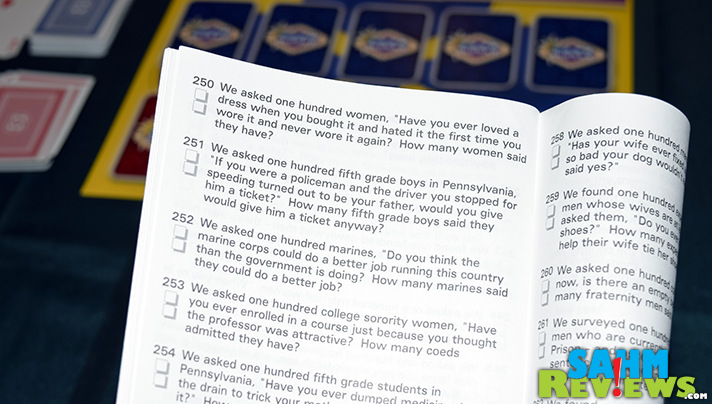 The MC will pose a question from the included book of nearly 500 polls. An example may be “We asked one hundred people, ‘Have you ever shaken hands with the President of the United States?'” The first player then tries to guess the actual answer – in this case, what number (out of 100) said they had shaken hands with POTUS.

The second player then gets the opportunity to say “higher” or “lower”. The actual answer is revealed, in this case “7”, and the correct player gets a turn at the board. The first card is revealed and the winning player gets the chance to change it once if they desire. Once that card is set, they again decide higher or lower for what they think the next card will be. If correctly answered, they may continue on to the next card in the same manner, trying to complete their row of five cards and winning the round. 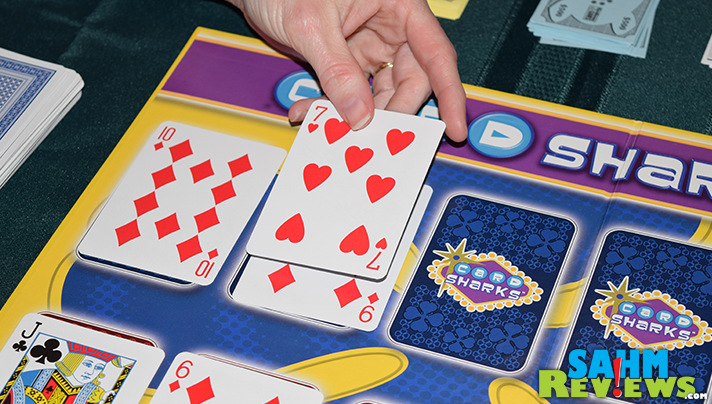 They may also elect to “freeze” if they get a card they’re not happy with. This locks their position in place and returns the game to another question, preventing the other player from having a chance at the board. If a card is missed, they move back to the beginning (or their last freeze point) and the other player now takes a chance at guessing their string of cards. 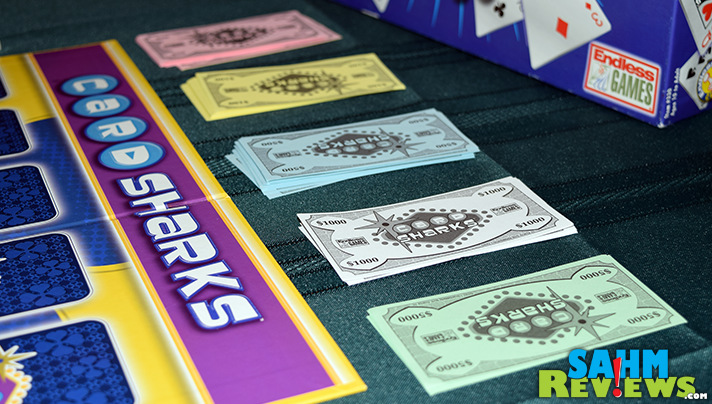 If the round reaches a fourth question, sudden death occurs. Simply put, it will be all-or-nothing at this point. Freezes aren’t allowed and the winner of the question can force the other player to go first without changing their top card. If they miss a card, the other player wins the round! Card Sharks is played best two-out-of-three to determine who goes on to the money round! 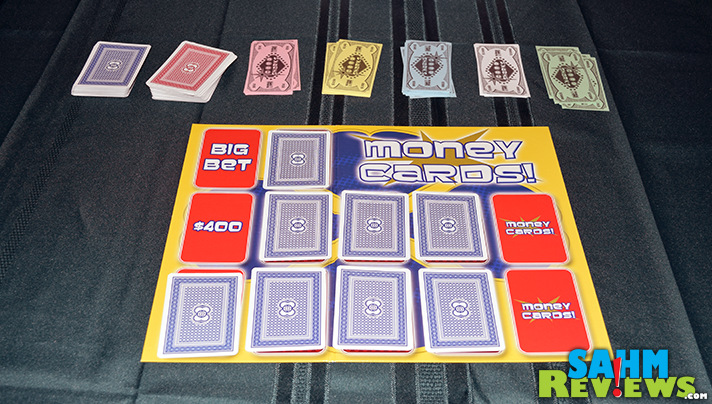 The money round is a single player event for the winner who can now try to set the bar for future games. A high score if you will. The included board is flipped over and the winning player again needs to guess whether the next card is higher or lower, but this time by betting on the result. Starting with $200, you can bet as little as $50 or really go for it and bet it all. Once you get to the second level, you’ll be given another $400 to add to your total to bet with. You are allowed to replace one card each level, but if you run out of money after the first row, you’ll end up with a score of zero. 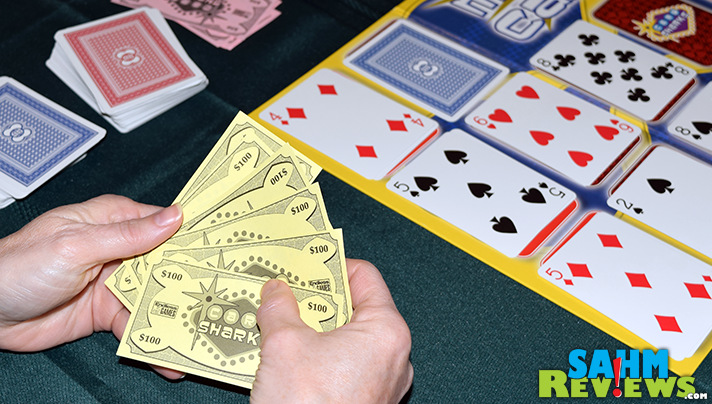 The final row is your last chance at betting and you must wager at least 50% of your holdings. The final total after that guess is your final tally. With a maximum possible score of $32,000 I can honestly say we haven’t come close to hitting those numbers.

By today’s standards, Card Sharks doesn’t hold a candle to all the great new games that come on the market each week. It’s good for a round or two for those of us who like to reminisce about years gone by, but won’t be something we grab from the closet on a regular basis. You can find copies on Amazon and eBay or could just keep an eye out for your own at a local yard sale or thrift shop!