Back in the day, I was allowed to show my face at the girls’ school without embarrassing them. The district’s policy was that until your child started 4th grade, you were allowed to volunteer in their classroom as often as the teacher needed assistance. There were a lot of parents who signed up so I was able to volunteer one day per month during a designated period – usually during small group reading time with the teacher. Students were broken into groups based on their reading level then took turns reading level-appropriate books with their peers and the teacher. The parent volunteers were there to keep the remainder of the class on task during that time.

One of my favorite things to do with them was to play games during that time. The teacher had a few different types of games, but more often than not, Bananagrams was the game of choice. Ever since then, any mention of that game brings back a flood of memories of when my girls were younger, more innocent and were happy to have me around. Last summer, I was contacted by Bananagrams and invited to meet them and Big Potato Games, a company they were sharing a booth with at Gen Con. How could I resist?

I had the opportunity to learn about some of their new games. While Bananagrams offers educational benefits in vocabulary and spelling, the titles from Big Potato Games are sure find a home in a school setting teaching skills such as impromptu speaking, creative thinking and rhyming! 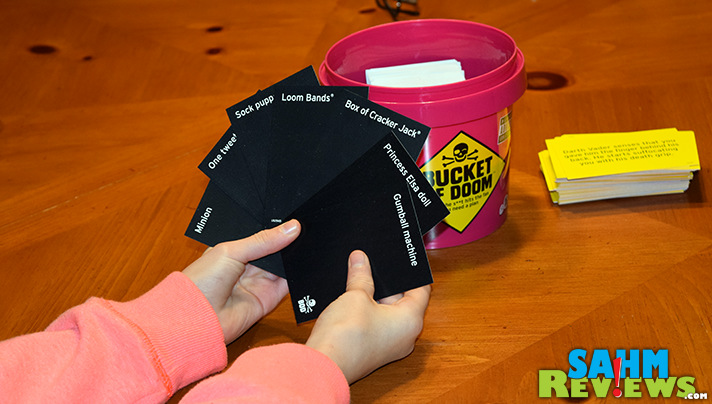 How many times have you played a game that came out of a bucket? Can’t say I ever have until now! Bucket of Doom is exactly that – a game with a bucket instead of a box.

The premise of the game is best described as a cross between Apples to Apples and Snake Oil. A player is participating in an activity when all of a sudden, some kind of catastrophe happens. Each player must utilize one of the cards in their hand to fabricate an escape plan based on the theme noted on the Doom Card. Utilizing some impromptu speaking and creative thinking, craft and present how to escape the situation. 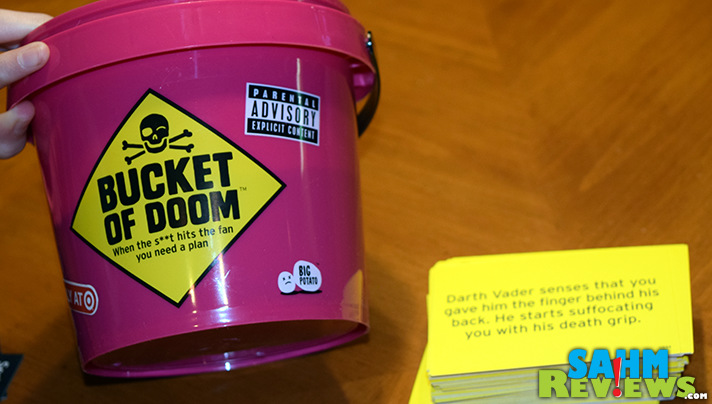 As you can see, the ability to think on your feet to create a story then “sell” your idea for how to escape are excellent training exercises for improv and creative thinking for a college class. Of course, you could spend a little time like we did and clean up the deck to make it kid-friendly. The instructions even offer rule modifications for beginners, semi-pro and pros including one to MacGyver up the stories! It’s a creative game that pushes the limits like Cards against Humanity. While I know some adults have let their kids play that one, I seriously cannot stress enough that Bucket of Doom is not a game to hand over to anyone younger than high school. Bucket of Doom is available on Amazon for around $19 or pick it up in person at your local Target. and they already have additional buckets planned! Log onto their website to submit your own scenario suggestion and if they use it in the next bucket, they’ll include your name on the card. 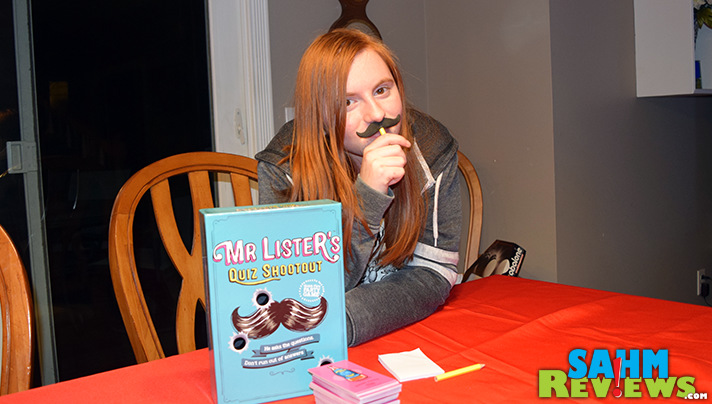 You know I have this fascination for game shows and have since I was a kid. Shows like Card Sharks, The Price is Right, Password and Family Feud were were the weekday equivalent to Saturday cartoons. (Remember: Only 3 channels back then and no recording devices.) I think that’s why Mr Lister’s Quiz Shootout appeals to me. It has the feel of a game show! 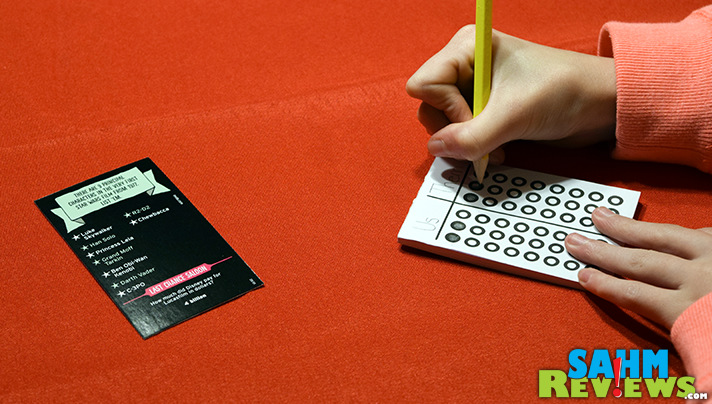 In this game, players are divided into two teams where they are challenged with coming up with three answers to a question like “According to Uproxx, what were the 12 best shows to appear on Netflix before 2016?” One person can act as the host the entire game or players can alternate the role. Taking turns, teams shout out a potential answer. If they are correct, they get credit. If they miss, well, zilch. After each team has provided three answers, the team with the most correct gets the card. In the event of a tie, the team with the closest answer to a tie-breaker question wins the card. 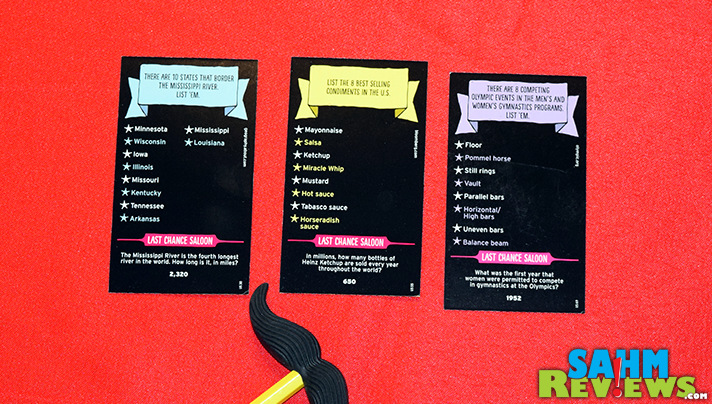 But here’s the deal… it isn’t game-show themed. It’s about being in a bar and each question represents a drink. There are a variety of questions for each drink type and the game is over when one team gets 5 different types of drinks. So even if a team is on a roll, it only makes a difference if they have a variety! You may be asking how this is educational. Most drinks have names that sound like some type of non-alcoholic beverage such as Bird’s Cola Tonic, Willie’s Cream Soda and Tubby’s Old Time Root Beer. Look beyond the setting of it being a bar and it promotes teamwork, brainstorming and communication! Mr Lister’s Quiz Shootout is available on Amazon for under $30. 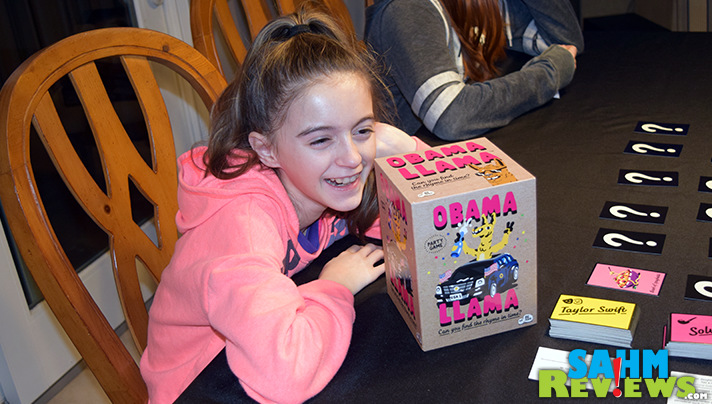 Let’s clear something up first. Obama Llama is NOT a political game. The packaging and name are deceiving. You know what kind of game this is? A rhyming one! A multi-faceted, riddle-solving game of concentration, but not a shred of politics involved. I heard that sign of relief. You’re welcome.

The game consists of a concentration board with cards such as “Box of Wigs” and “Three Little Pigs”. Players are divided into teams of two or more, working together to attain the best score. The end goal is to find the rhyming card, but it’s not easy, and is kind of hard. Players roll a die to determine their path then decipher a riddle, no need for math. 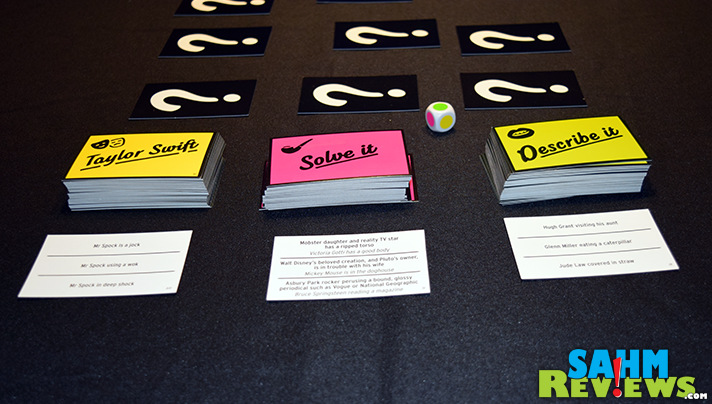 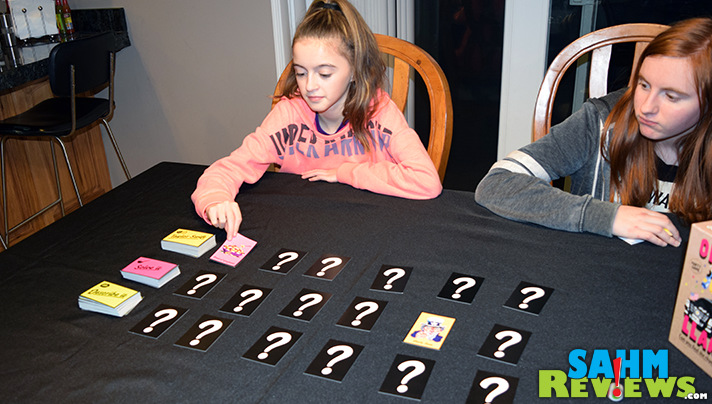 Correct answers in this phase determine how many of the “concentration” cards the team gets to flip to try to match for end-game scoring! The educational value? Rhyming, vocabulary, riddle-solving and communication! You can pick up a copy of Obama Llama from Amazon for under $20.

When I was first introduced to Big Potato Games, I suspected they games would be geared toward kids but still interesting for adults. What I discovered is a company who pushes the envelope in games that encourage creative thinking in adults as well as some for all ages. These types of games help keep our minds sharp. You can read more about the fun they are baking at Big Potato Games or follow them on Facebook or Twitter.

6 thoughts on “Playing Games with a Big Potato”