Home / Recreation / TV/Video / Which Celebrities Will You Root For? 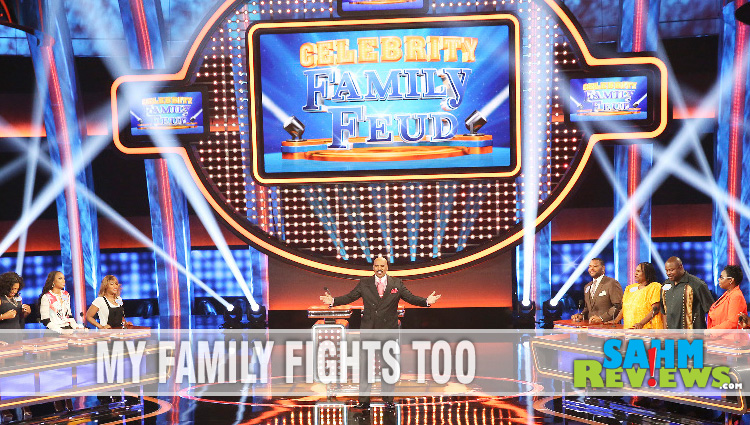 Which Celebrities Will You Root For?

When we lived in Los Angeles, we reserved a number of activities for when family came to visit. We wanted to be able to share the excitement with people who we cared about and the best way to do that is to have it be a first for everyone, including us. One of those activities involved being part of a studio audience. Having grown up in the Midwest, the show announcement “This show was filmed in front of a live studio audience” meant someone was fortunate enough to be sitting… right…there… while it was being prepped for the rest of the world to watch. The thought of sitting in an audience was something I could only dream about as a kid.

It came true one year in the late 90’s when my in-laws came to visit. We were in the audience for a late-night talk show as well as a game show. It’s not something I ever expected to really happen. I can still remember so many details.

Of course, I certainly never would have imagined I would ever be STANDING on the same stage where the show was being taped. Never. I hope my girls learn to dream bigger than I ever did because dreams truly can come true.

A few weeks ago I was invited to visit a taping of Celebrity Family Feud as part of my trip to Los Angeles for the Disney Pixar Inside Out movie premiere. What do Black-ish, Parenthood, the Grammys, Duck Dynasty, Dancing with the Stars, The Bachelor, The Bachelorette, Blossom, NFL, Modern Family, Carol Burnett Show, Lou Grant, Laverne & Shirley and Saved by the Bell have in common? They’re all represented in upcoming episodes of Celebrity Family Feud! 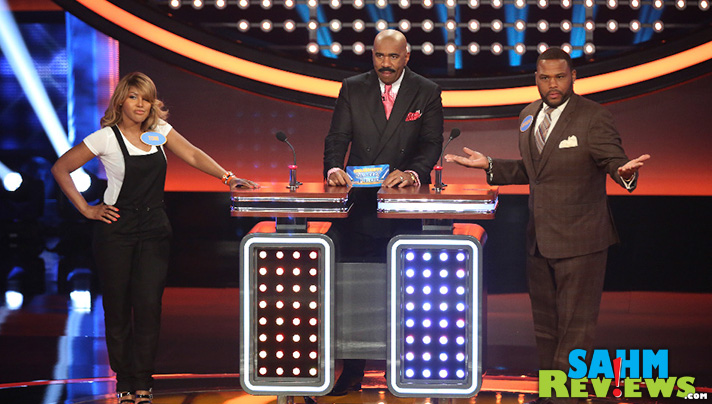 In addition to the stars in tonight’s premiere, you’ll recognize many, if not all, of the names showing up over the coming episodes: 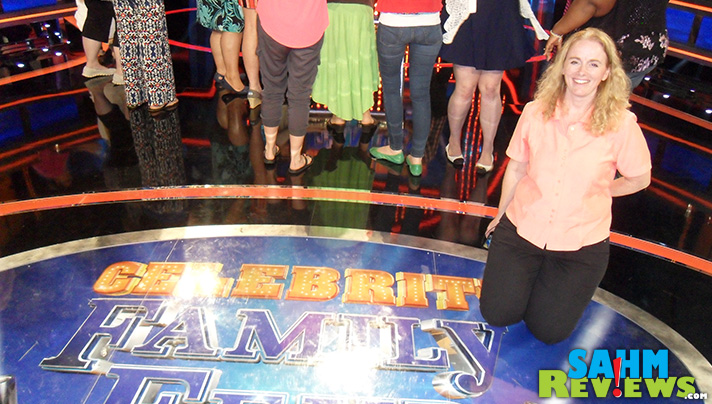 We arrived in time for the final taping which included Vicki Lawrence and Ed Asner and their families. Unlike the traditional game where families take home the money, with Celebrity Family Feud, they each select a charity in advance and if they win, up to $25,000 will be donated to their charity. As if it wasn’t hard enough to decide who to root for, their charities of choice made it even harder. One family selected the Wounded Warrior Project as their charity while the other selected Autism Speaks. Two very important causes.

So with two stars that I have always admired competing for two charities I respect, who did I root for? Both! The cool thing about being in a studio audience is that you’re encourage to have fun, be loud, be positive and cheer for everyone. The last time I attended a taping, there were signs that said when to applaud. This is more organic and natural. It’s okay to hoot, whistle, scream and show excitement! They have a crowd-warmer who entertains the crowd during down time in-between tapings. Audience members were invited on stage to dance and be goofy. The winners of each dance off were given cards to claim prizes. Wonder if they received autographed items, the Family Feud game or some other cool merchandise. Nobody in our group was part of that action so I’m not sure. During breaks in the Ed Asner/Vicki Lawrence episode we witnessed, Steve Harvey talked to the crowd and even answered some of our questions. His story, his attitude and his outlook on life is fantastic. I haven’t watched his talk show before but after hearing him on stage, I’ll be tuning in. 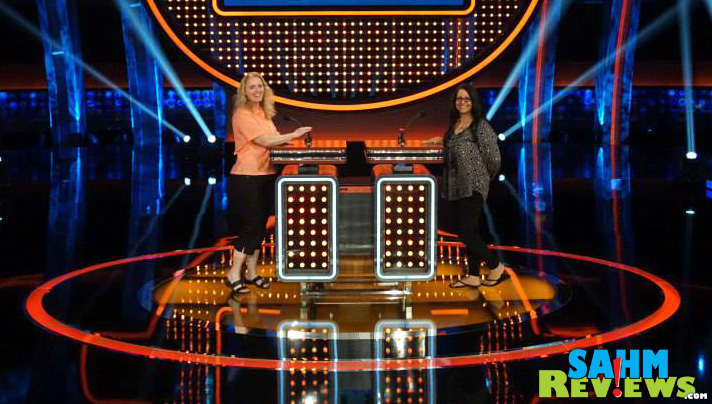 After the taping, we were allowed to walk on stage and get photos of ourselves which was ridiculously cool. As I said, not something I ever could have imagined.

Tune in for the show when it airs tonight on ABC. If you want to see clips and teasers before the shows air, check out the various Family Feud social channels: Facebook, Twitter and Instagram.

What celebrities are you looking forward to cheering for?

18 comments on «Which Celebrities Will You Root For?»