Home / Deals / Vinyl is Back! Listen Live or Burn to MP3 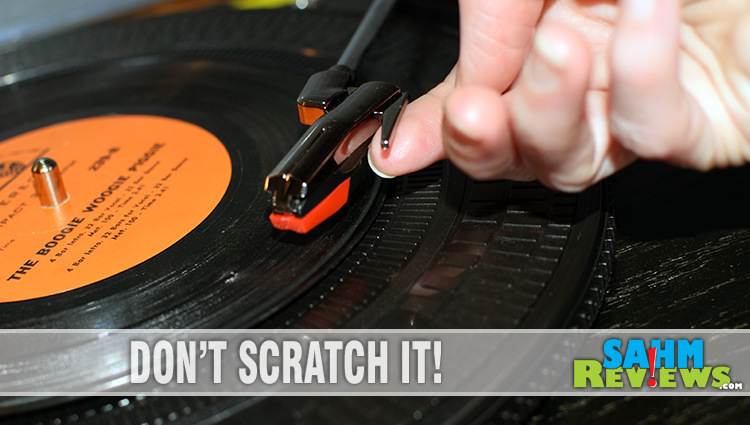 Vinyl is Back! Listen Live or Burn to MP3

You’ve likely heard the phrase “They don’t make ’em like they used to.” There aren’t many things that are made as well now as they were back in the olden days. I think we owned the same appliances through my entire childhood with the exception of a microwave which was added to the home when I was a young teenager. Clothes were higher quality then, too. My youth was filled with patched blue jeans; the denim was much more durable back then and it didn’t make sense to toss them out over a rip that was earned during a baseball practice. I remember my mom patching them up over and over until we finally cut them off into the appropriately named ‘cut-offs’. Don’t even get me started.

Curious if others felt the same way I did, I asked some friends on Facebook what came to mind when they heard the phrase and there were a wide variety of answers including vehicles, toys and tools in addition to many agreeing that appliances were a major disappointment.

Technology is the one exception. Advancements in technology have provided so many benefits. Think about it: phones, computers and even travel continue to improve. But let’s talk about music for a minute. Even though it’s convenient to listen to music on your phone or some portable device via .mp3 or even a streaming service, why is it that vinyl is making a comeback? 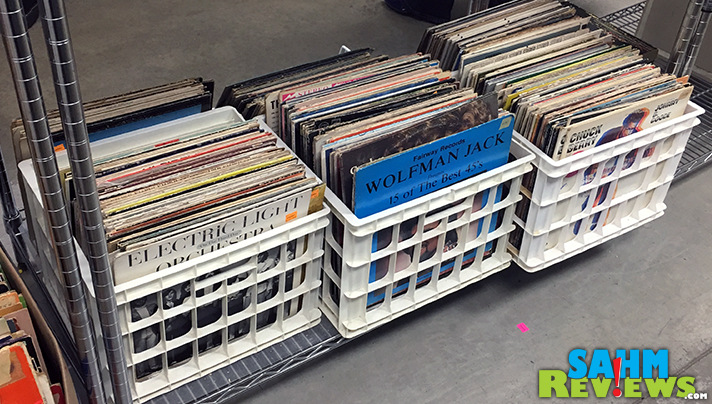 Maybe you hadn’t noticed, but look the next time you are at the store. We’re seeing signs promoting a larger vinyl selection while at the same time seeing more people rifling through the stacks at Goodwill. When I’ve asked people why there is such a resurgence in the sale of records and I was told that the sound is far better than anything digital. 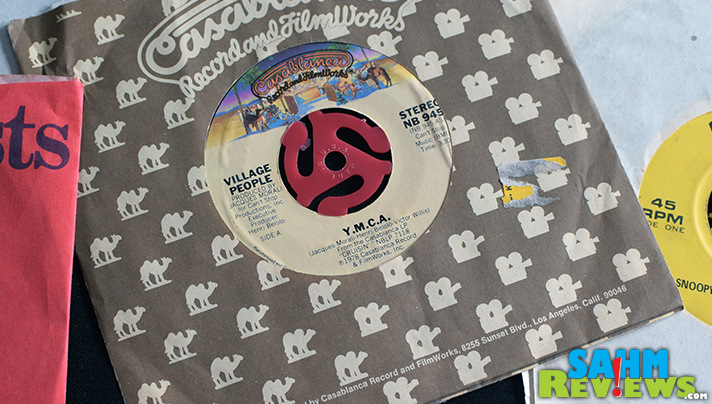 Some of us may even still own their favorite childhood 45s. Like maybe a box full of old dance recital music or something. Or a vintage 1978 Y.M.C.A. song and even Leif Garrett. Don’t judge. 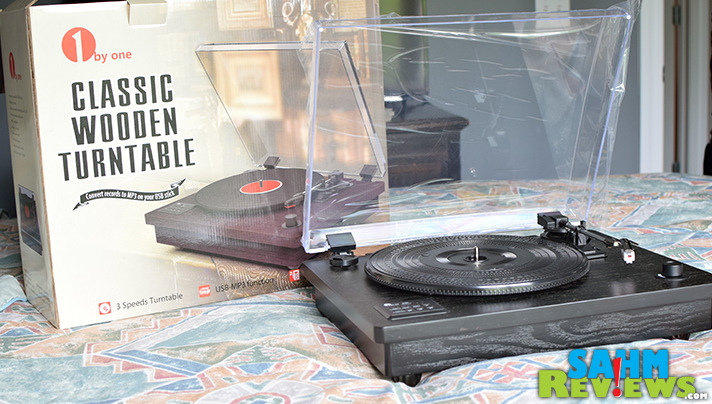 So it only makes sense that technology will also advance to accommodate it these trends, right? Right! When was the last time you saw a turntable in someone’s living room or recreation area? Other than the ones that disc jockeys use, you probably haven’t seen many. 1byOne has created the perfect gadget to meld these different worlds together. Not only are they offering technology to help us enjoy our lives more (with phone accessories, charging devices, ear buds and even some things for Halloween) but now you can get a 1byone turntable. 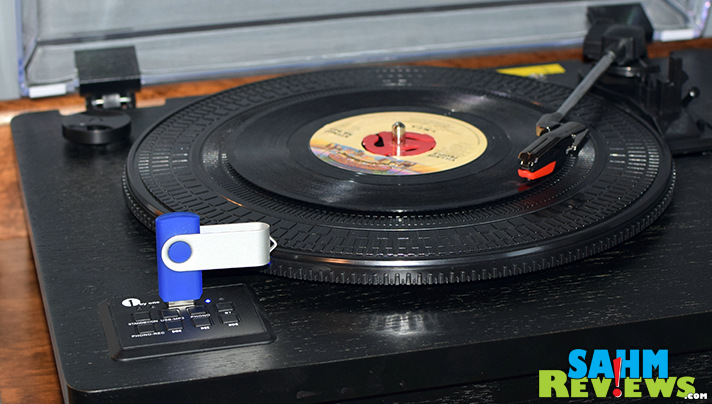 This isn’t the same turntable you (or maybe your parents) grew up with. In addition to being able to play the records, the 1byone turntable also has the option to convert them to .mp3 format to be used on other digital devices. It’s literally as easy as playing the record and hitting the record button and it records through the USB connection! And it sounds great, too!

Sounds good, doesn’t it?! You were wishing that sample was “I Was Made For Dancing!” by Leif Garrett, weren’t you? Do you have any records that you miss listening to because you didn’t have a working turntable? 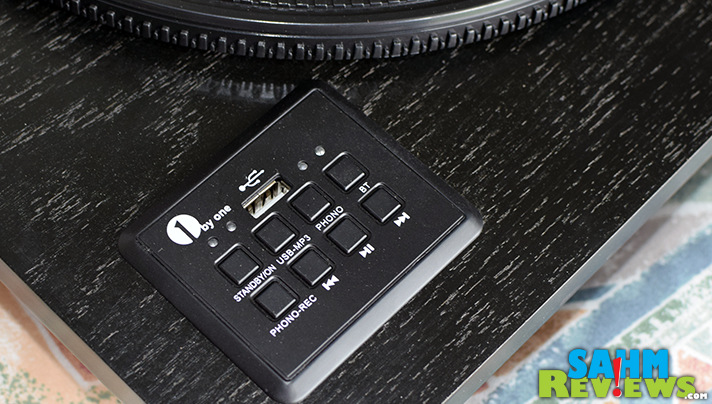 The controls are easy to understand, too. Standby/on is the power toggle. USB-MP3 allows you to listen to music  on other devices using the turntable speakers. Phono is what you hit to play a record. BT is for connecting Bluetooth devices such as speakers. Phono-rec is how you record a record when there’s something connected through the USB port on the control panel. The final three buttons on this Bluetooth speaker turntable should be self explanatory. 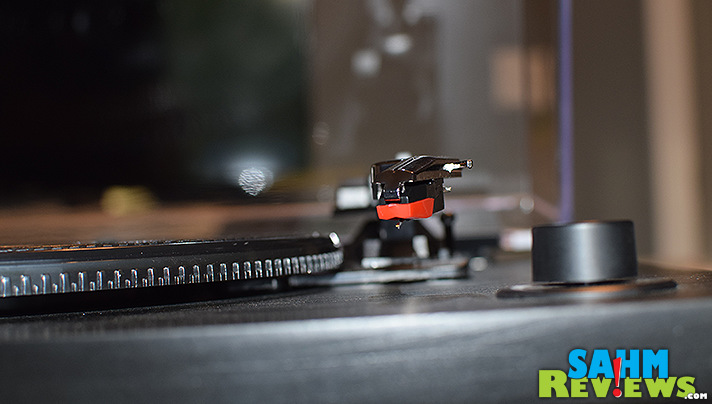 Personally, the feel of picking up the arm and moving the needle onto the record brought back a lot of memories. I instantly remembered how we memorized which track our favorite music was on a 78 then eyeballed it to place the needle where that song would start. 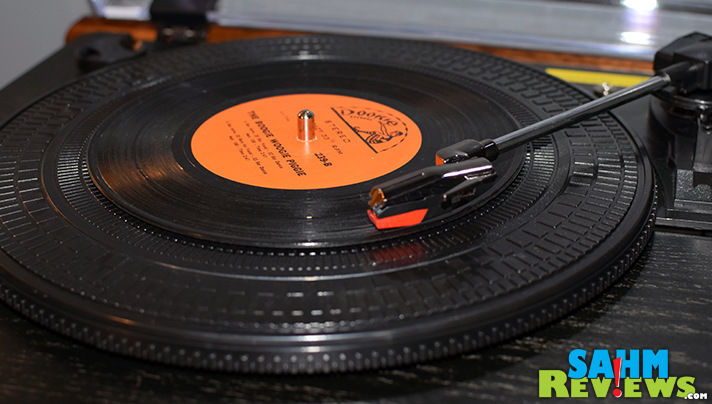 1byone put a lot of thought into this digital turntable, providing users the opportunity to listen to vinyl records, listen to .mp3 through the system, record vinyl to .mp3 and more. They even included a converter so there isn’t a need to hunt down the plastic inserts for 45s designed with the larger diameter hole! The whole unit is a cool way to see retro and modern merge through technology.

Do you still own any vinyl?

21 comments on «Vinyl is Back! Listen Live or Burn to MP3»