We saw so many cool new toys and games at the Chicago Toy & Game Fair this year. And among the standouts for us was a group of singing birds at the corner of Spin Master‘s booth. When we first passed by the DigiBirds there wasn’t any activity, but on our next go-round the birds were singing in harmony and we knew we needed to learn more about them.

We have a parakeet in the house, so the mere fact that one of the DigiBirds bore a stunning resemblance to our pet made this an instant must-have. Having one bird that tweets and sings to you is enough, but the real magic happens when you have two or more DigiBirds! 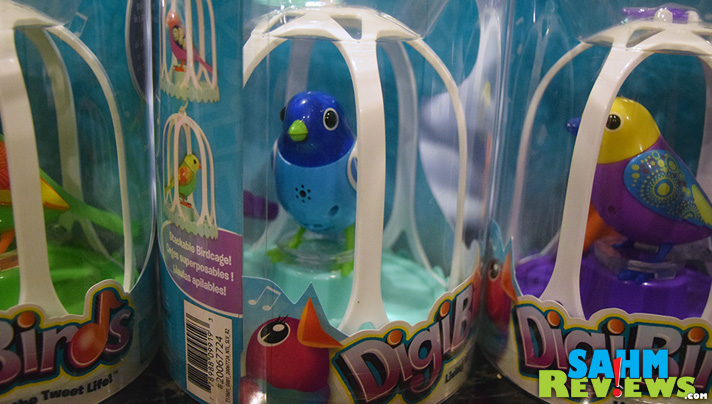 By blowing on the included whistle, the lead bird keys up the group by emitting tones telling the other birds what to sing. Then in perfect unison they belt out one of 20 songs followed by some random tweeting to celebrate their successful performance.

Their included cages double as storage and conveniently connect together to hang out of the way. The whistle also acts as a perching ring, allowing you to carry your DigiBird with you while he sings.

We also happened across the DigiBirds line at our local Toys R Us on Black Friday, proudly displayed on an endcap among other less-musical pets. They offered both the caged and single-pack versions, but they are also available in a discounted 3-pack. Judging by the crowd that appeared in Spin Master’s booth every time they cued up, these are sure to be in short supply now that the holiday buying season is in swing. 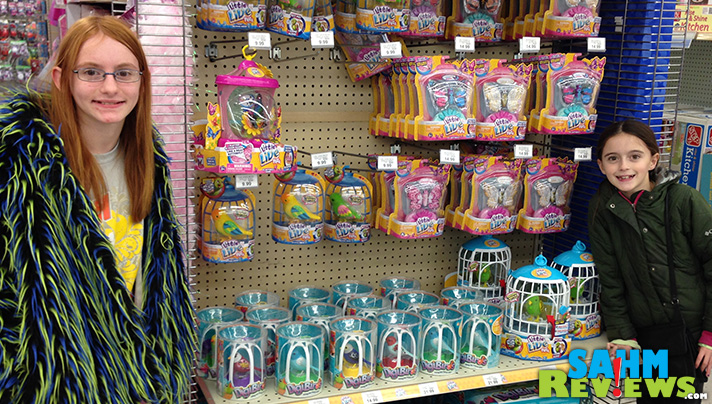 And something that really sets these little guys apart from the rest of the flock – the ability to unlock additional songs via a free app for iOS and Android! Play the included games on the app to earn secret bonus songs and make all the other birdies jealous!

Spin Master has a number of other products perfect for your holiday gift buying. Learn more about their product line by visiting their website and following them on Facebook or Twitter. I’m sure you recognize a number of products that are already in your closet!

25 thoughts on “All the Music and None of the Biting”