This summer while at Gen Con we had the pleasure of a meet-n-greet with representatives from Spin Master along with employees and owners of a couple game cafes. Among the discussions about which games worked best in a cafe environment and what we thought about titles like Cards Against Humanity came a couple tales from the inner workings of Spin Master Games.

Spin Master Games is a division of the much bigger company, Spin Master. While the parent company is known for their innovative toys, the games division also makes a number of very good game titles that have won permanent spots in our collection. But we were about to hear of a game that they made 1000’s of that barely got to the shelves, even though it had a major license attached to it.

As they told it, they secured the license to Storage Wars right as its popularity was at its peak. Everyone was talking about storage auctions and a number of reality show copycats had sprung up on various channels. They now had a theme, but needed a game designed around it – and in only a matter of weeks! So the game hit the shelves, but because of the short lead time there wasn’t much time to properly market it. It also didn’t help that the game was rushed to start with. Needless to say, it wasn’t one of Spin Master Games’ huge successes. 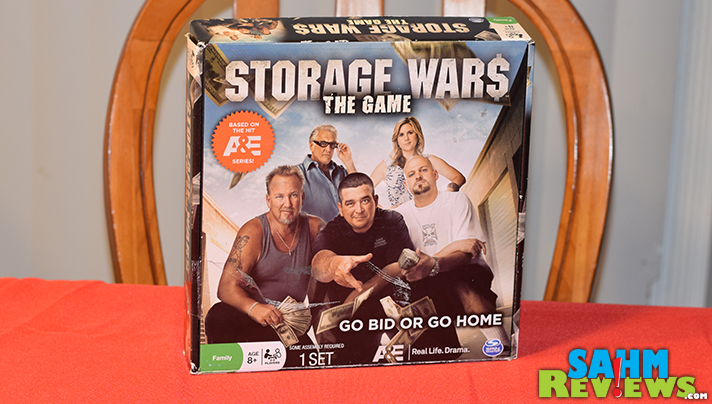 Fast-forward a few weeks and what do we find at our local Salvation Army? A copy of this very game! We had to pick it up, even at $1.45 just to see if it was (as bad) as the rep said it was. The former owners didn’t even give it a shot as everything inside was still shrinkwrapped an unassembled! 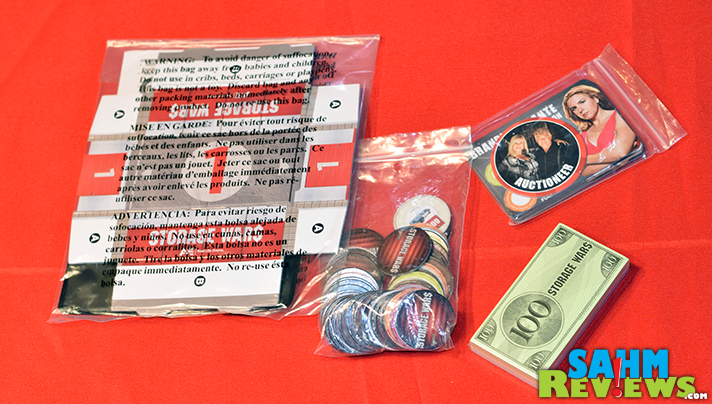 I’ll start out with saying that the entire game can be played when you get a round of Stockpile in. If you recall, there is a bidding process in part of the round where you populate various baskets of stocks with ones you are dealt. Then you bid on them until each person wins one set and adds the securities to their overall portfolio. 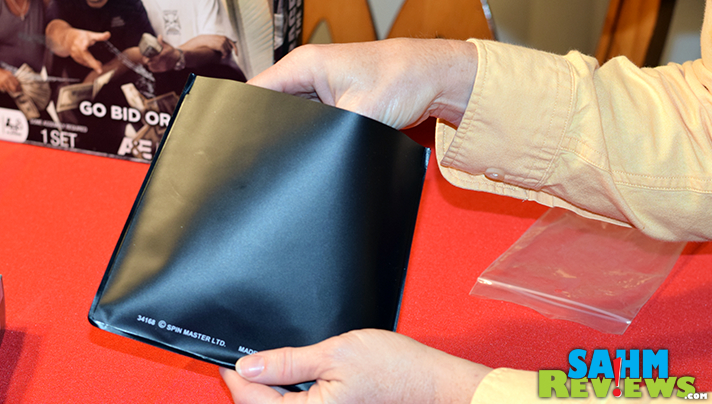 In Storage Wars: The Game you do exactly the same thing! In front of you are four storage lockers. Each person randomly draws three tokens from the bag and looks at them. Players take turns placing them in a locker of their choice one at a time until all are distributed. Each player will know a little something about the locker by what they placed in it, but will not know anything about the rest of the contents. Now the auction starts. 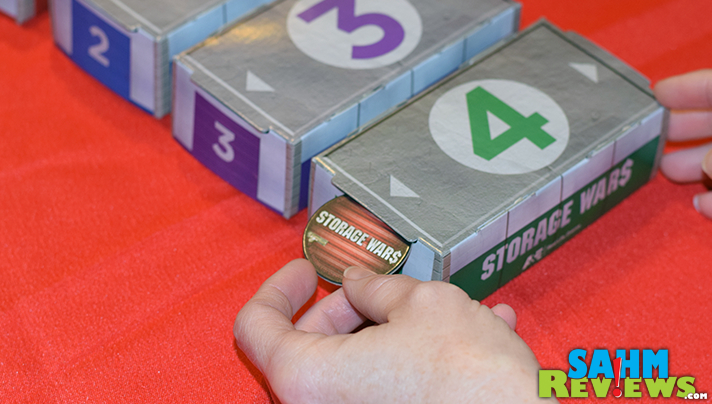 One player acts as the auctioneer (but they can also bid) and each locker is auctioned off to the highest bidder. After all four lockers have been sold, that’s the end of the first “episode” (you will play a total of three). All purchased tokens are collected and the next episode proceeds in the exact same manner, drawing from the remaining tokens. 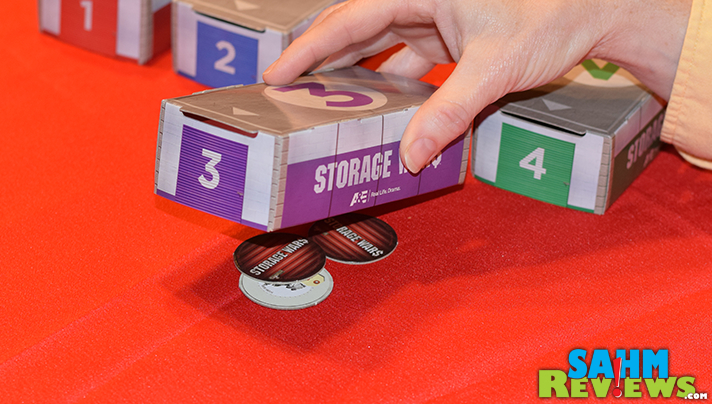 At any time if you run out of money, you can sell back tokens for half of their value. There are also tokens that have penalties on them which you will try to avoid. Goods may be dented, missing parts, have water damage or even be fake. All of these subtract from your totals. If you’re unlucky enough to receive the one “Black Mold” token in your locker (see: Old Maid), then everything in your locker is contaminated and worthless. 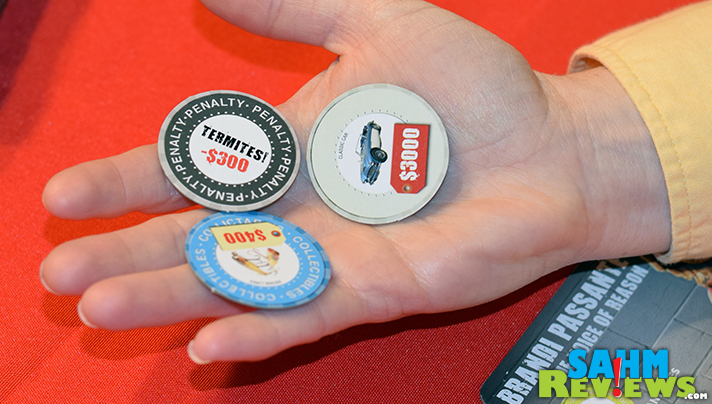 After three episodes everyone totals up their tokens, subtracting any penalties. You play Storage Wars: The Game as one of the popular characters, who each have their own areas of specialty. Any tokens you win that match your character’s expertise are worth double the printed value. The player with the most money at the end of the game wins! 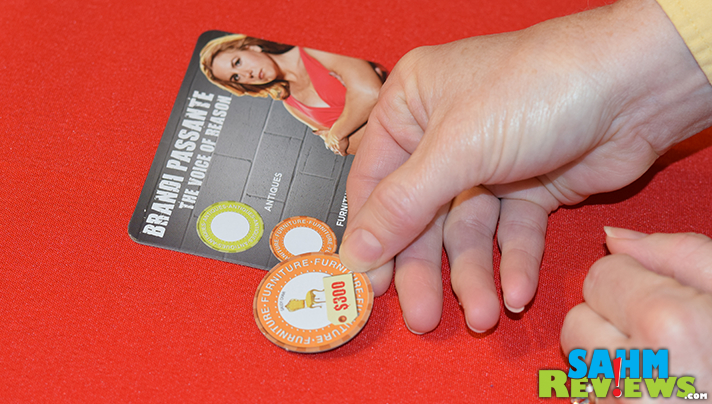 Calling this a bad game is pretty harsh, and it does provide some fun family time – especially if you’re fans of the show. Your kids will learn how to buy low & sell high (hopefully) and get a good understanding of risk vs. reward. Again, Spin Master Games printed the heck out of this game, and you can still find brand new copies on Amazon for under $7 shipped! Because it supports up to six players, get one or two games in and you’ve already gotten your money’s worth!