Sometimes we get so caught up playing modern board games that we neglect to utilize this family time for something more than entertainment. There are a slew of game titles out there that not only bring the family together, but can strengthen one’s word & spelling skills, mathematical abilities or even spatial ability. I recently found a Thrift Treasure that focused on fractions, but those types of games are normally targeted towards one age group only. We were recently introduced to a new game by Talkplaces Ltd. that solves this problem by making you solve problems! 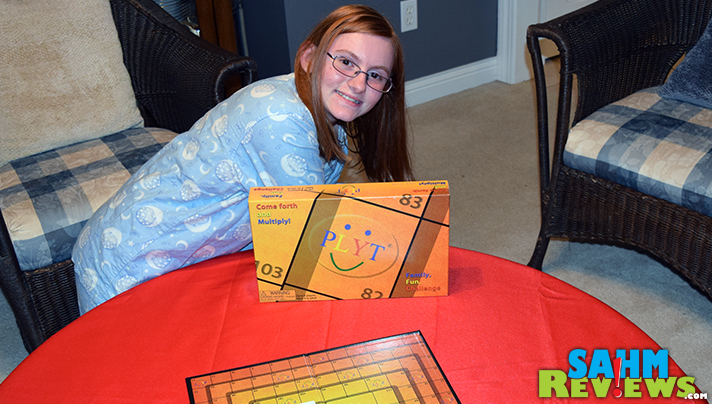 PLYT won’t win any awards for high-quality components, strategic complexity or even outstanding graphics. But what it does do, it does well. In its basic form, PLYT is a dreaded roll-and-move game. But looking beyond that lies the need for true problem-solving in order to be successful. Put on your thinking hat now. 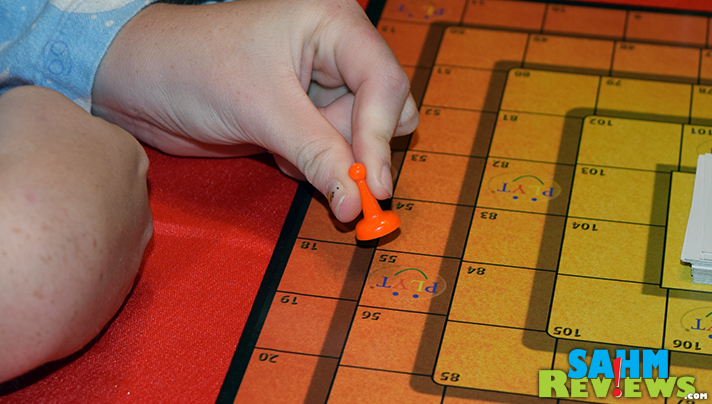 In order to move your pawn around the spiral track, you must correctly solve a multiplication problem in under 30 seconds without using a calculator or pen and paper. And here’s where the game levels the playing field for adults vs. kids. In a typical educational game, older players quickly become bored because the questions are entirely too easy. In PLYT you can vary the difficulty to match the ability of the player simply by requiring them to multiply more numbers than other less-educated opponents, but still in the same amount of time. 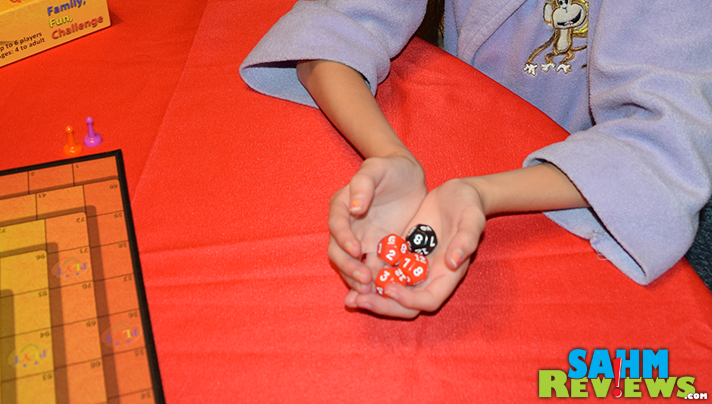 This is accomplished by rolling 12-sided dice (D12’s) with numbers 1 through 12. There are five red dice and one black die. A child who is just beginning to master his times tables might only roll two red dice (everyone always rolls the black die also on their turn). He/she would then be required to state the product of the two red dice before the sand timer runs out. If successful, they would be allowed to move their pawn forward the number of spaces equal to the result on the black die. 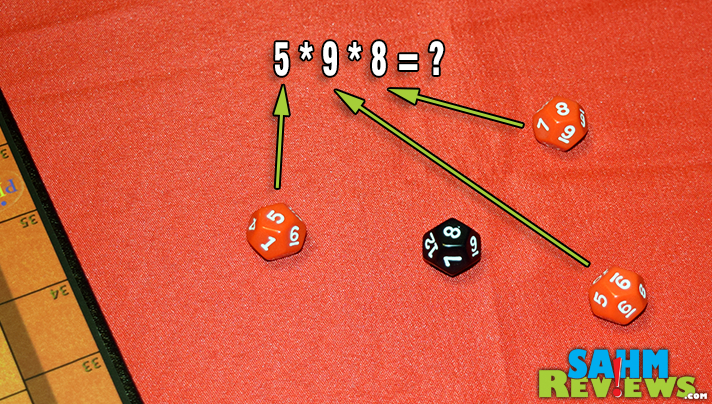 A pre-teen will find more difficulty using three red dice, an adult should be able to solve four dice roughly 75% of the time in the time allotted. And although I’ve always considered math to be one of my stronger skillsets, five dice proved very hard, especially when under the pressure of a stopwatch. 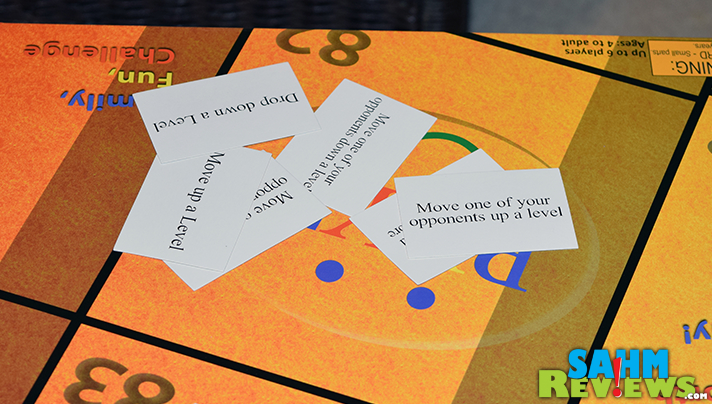 On the board are a number of spaces with the PLYT logo. When landed on, a player draws a “Chance” card and performs the instructions immediately. These cards might be beneficial to you, but could also benefit one or more of your opponents. The addition of these random cards keeps the game from being a runaway win for the person who is more proficient. 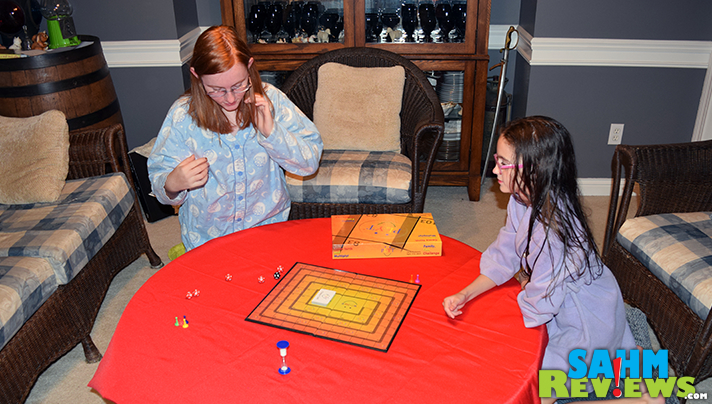 Players take turns until one player reaches the middle of the board in an area marked “Winner”. Designed for ages 4+ and up to six players, I would expect a game to last around 30 minutes.

PLYT was definitely a surprise to us, as we had considered it would be too easy for our kids (and us). The ability to play at different difficulties at the same time will keep adults interested and less likely to pass when the kids ask to play an educational game. Plus they won’t be as intimidated knowing the adult will have as hard of a time at it as they will. And until ours can master the 5-dice variation, we’ll keep pushing them to practice!

You can find PLYT on Amazon for around $30 shipped or direct from the publisher on their website. You can also learn more about the game by following them on Twitter and Facebook. Let’s see if they can come up with a division version!