I’ve mentioned before that one of my favorite games growing up was the simple card game of War. Using a standard deck of 52 cards, you’d battle with an opponent each trying to draw the higher card with the winner receiving them all. Only when one person had all of the cards was the game over. What can I say, we didn’t have many fancy games when I was growing up.

One of the things I always see for sale at our local thrift stores are flash cards. Some of them well-used, but many like new or even still sealed. Probably a well-intentioned Christmas gift from a family member, but in reality not practical in today’s age of apps and computer programs. When I saw today’s Thrift Treasure feature sitting on the Goodwill shelf, I assumed it was just another set of cards. But what I discovered was a very unique twist on my old favorite – Fraction Action. 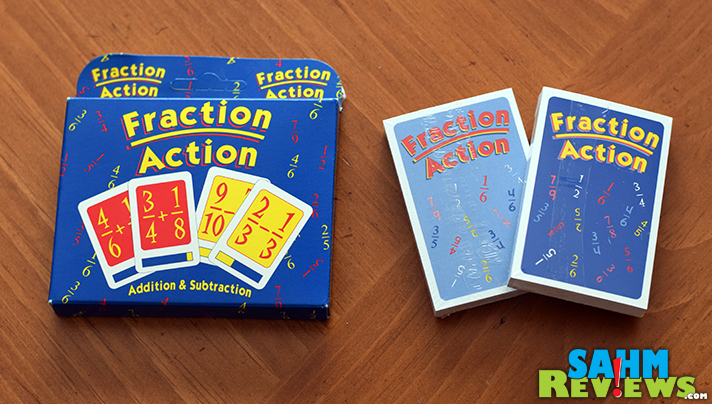 And like those forgotten flash cards, this one was still sealed on the outside and all of the cards on the inside were still shrinkwrapped. Not a bad find for only 88 cents! 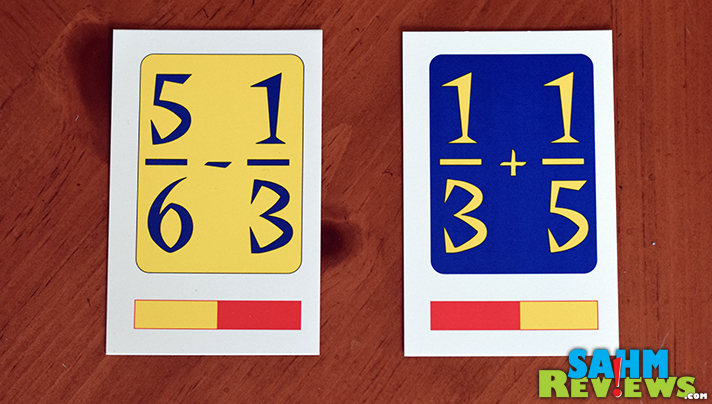 What makes Fraction Action unique is that it doesn’t use standard playing cards, but a custom set of cards with mathematical problems that require you to add or subtract fractions which do not have a common denominator! It has been a while since I have been asked to work this type of problem in my head, much less under pressure of playing a competitive game, but here I was trying to remember how to quickly reduce fractions and compare them to each other to see which was greater. Fortunately there is a ‘cheat sheet’ at the bottom of each card that represents the approximate value of the result so you can easily compare. 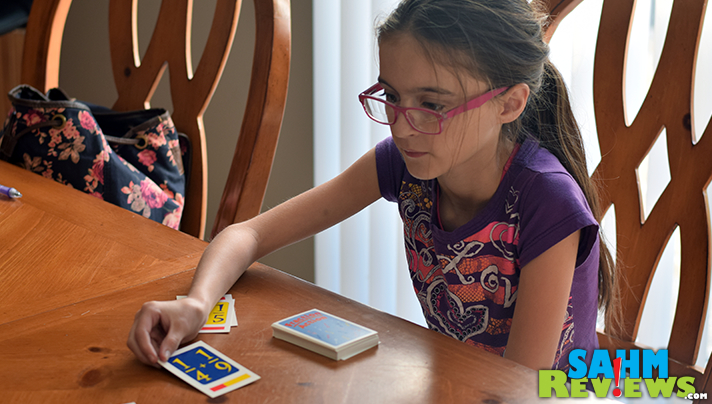 And that’s where the real test is. Up against my 11yr old who is currently working with fractions every day in school, I found myself feeling a little rusty. It played exactly like War, but resolving each battle took a little longer since we had to figure out which was higher – 19/35 or 13/24 as an example.

Our copy was made by what seems to be a now-defunct company called Game Geste, Inc. out of Lincolnwood, IL. You might still be able to find copies on eBay from time to time, but I think your best bet will to be to keep an eye open at your local Goodwill or yard sale. That is, if you want to subject yourself to 6th grade math again!