Home / Recreation / Games / Scrabble for the Rest of Us? 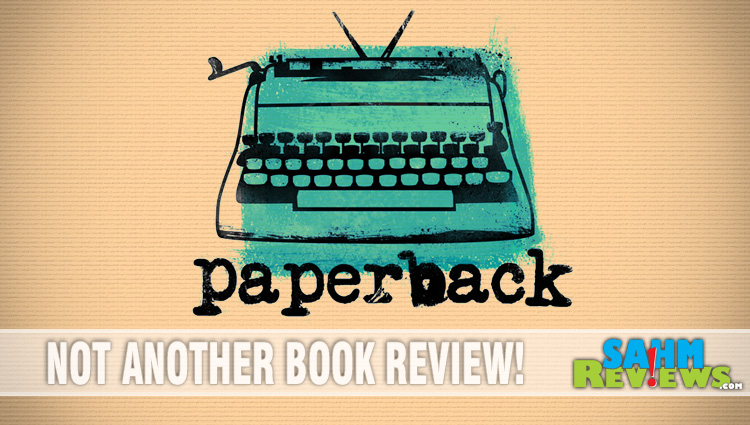 Scrabble for the Rest of Us?

I cannot tell you how many times I have played Scrabble with my family. No matter why we are getting together, at some point either one of my sisters or my mother casually mention how long it has been since we have played, and wouldn’t it be nice to get a game in. It is at this point that a little knot starts to grow in my stomach. I love games. I love competing against friends and family for bragging rights. But Scrabble is a game that fills me with dread. I know that my sisters and mother will wipe the floor with me. I know that I will draw seven tiles and stare at them for what will feel like hours. Most of all I know I will come up with a three letter word that will cause a little chuckle of derision to come from one of my siblings.

That was why I was extremely anxious to get my hands on Paperback. A new card game from designer Tim Fowers and artist Ryan Goldsberry, available for $29.99. Here is a game that I stood a chance at against those Scrabble professionals I call my family. Paperback is what is referred to amongst board game enthusiasts as a deck builder. Deck building is a genre popularized by David X. Vaccarrino and his game Dominion. Each player starts out with the same cards in their deck with some common cards in the middle of the table that are available for all players to purchase on their turn. Once the card is purchased they can add it to their deck. As their deck grows, the players will be afforded the opportunity to buy cards that will give them points towards victory. This was a type of game that did not cause a knot to form in my stomach. 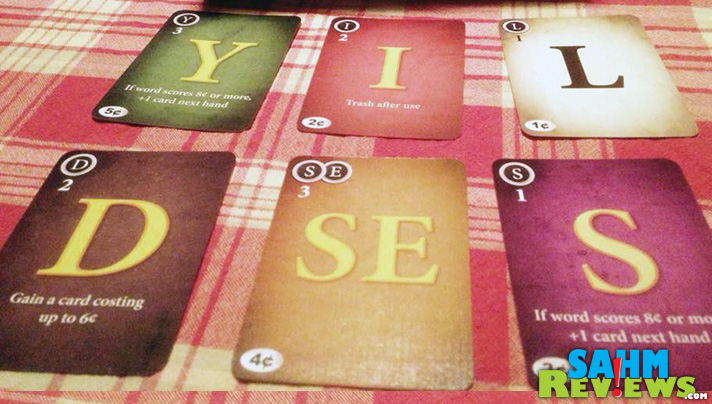 Paperback’s unique spin on the genre is that the cards used in the game are one or two letters with a value on them. Your original deck consists of five wild cards and the letters RSTLN. You draw a hand of five cards and then do your best to form a word from those five cards. Once you form a word you add up the values of the cards and with that total are able to buy one or more cards from the middle, expanding your deck and increasing the value of your cards. Some of the cards that you can purchase have special abilities printed at the bottom that allow you to get more value out of them if they are used at the beginning or end of a word. Others let you increase your hand size on the next turn. Once you are able to obtain those more valuable cards you can then form words that allow you to grab even more expensive cards that will give you the points needed to win the game. 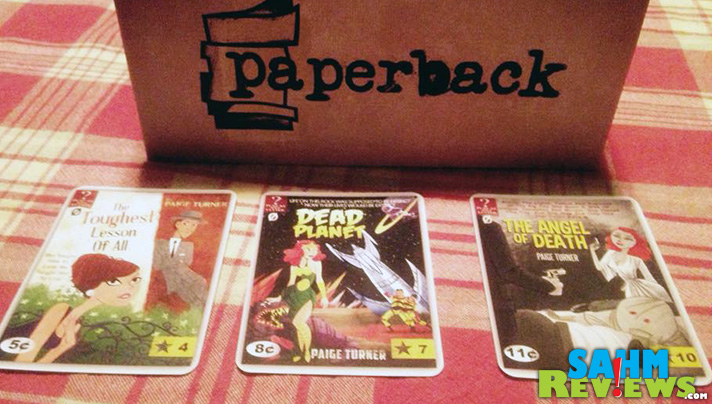 Those are the base rules of the game but this game also comes with a number of optional rules that can really spice up the play. Chief among these is the ability to ask your opponents for advice on forming a word. Why would an opponent help you ask? They are in turn rewarded with a discount on the next card they buy. This, for the Scrabble challenged amongst us, is an optional rule that I will not play without. There are cards that can be added to the game that give penalties for those of you that would prefer more player interaction with your opponents. One of the more interesting variants is an option to play cooperatively. This can be a lot of fun if you are not as interested in those bragging rights mentioned above. 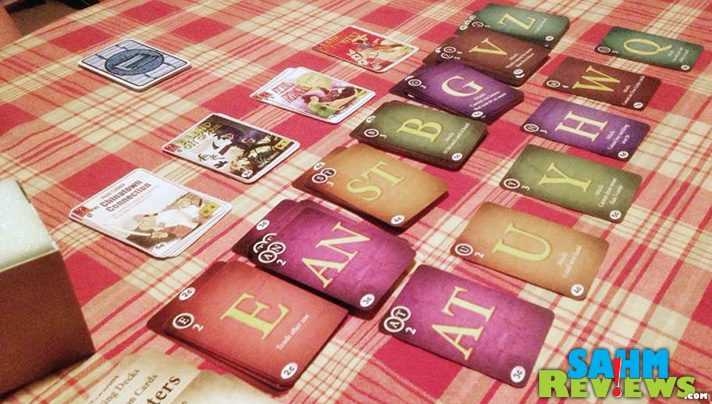 My plays of the game have been a great deal of fun. The fact that your hands start small, five cards, keeps my word forming anxiety to a minimum. And even as the hands grow, the ability to ask an opponent for a helping hand relieves a great deal of the stress I feel with these types of games. So the next time my family mentions how long it has been since we played that tiled laying game I will calmly pull out my copy of Paperback and say, “I think we might have a better option.”

Paperback is self-published by Fowers Games, is available directly from the designers and has been in such great demand they’re already on their 3rd printing (edition?)! Reserve a copy now because we’re positive they will be sold out again well before the holiday season. Be sure to follow them on Facebook and Twitter to see what they’re up to next! Every good paperback HAS to have a sequel!

Doug is an avid consumer of all things relating to pop culture. He has been working with the public for twenty-five years, making professional and personal recommendations relating to books, movies and television shows. The thing that Doug looks forward to most during the week is getting together with family and friends for his weekly board game night. He and his wife, Sandy, attend various conventions and festivals throughout the year relating to their shared interest in films and board games. View all posts by Doug →

26 comments on «Scrabble for the Rest of Us?»