I really need to learn not to underestimate my kids. Miss M said she wanted to play an instrument in the band in addition to her orchestra and symphony activities. I figured she would be overwhelmed by the extra practice time and be ready to stop when the season was up. I was completely wrong as she has continued to work hard and was just invited to join the Honor Band.

It’s more than just activities. It’s about play time, too. With as focused as Miss K is on her clothes, shoes and hair, I feel like she’s trying to grow up too fast and is 10 going on 18. When she asked for American Girl accessories for her 10th birthday, I was certain she wouldn’t have time to play with them. I figured they were simply going to be fancy decorations for her bedroom.

I couldn’t be more incorrect. Since I wouldn’t buy them for her, Grammy agreed to. After all, it’s Grammy’s job to make her grandgals happy. At least that’s what I’m told. She surprised Miss K with the American Girl wheelchair and Feel-Better Kit for Dolls. Not only was Miss K ridiculously excited but since receiving it a few months ago, she has played with it a lot. She even has a few friends that she gets together with just to have an American Girl play date. 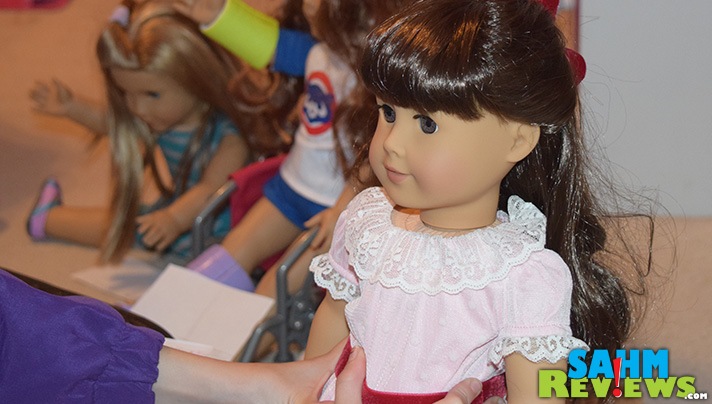 Seeing this enthusiasm is heart-warming and worth nurturing. We recently received BeForever doll, Samantha. I asked Miss K if she wanted to record a short video about Samantha and American Girl. Boy, oh boy, did I get an unexpected lesson in how a 10-year-old feels about American Girl. Check it out:

While I was skeptical about my daughter outgrowing her dolls, what I’ve realized is she’s just appreciating them even more. As you can see from the video, she was touched by Samantha’s story. Miss K is a compassionate child so she was able to relate to the story more. She’s maturing and the American Girl stories are maturing along with her. 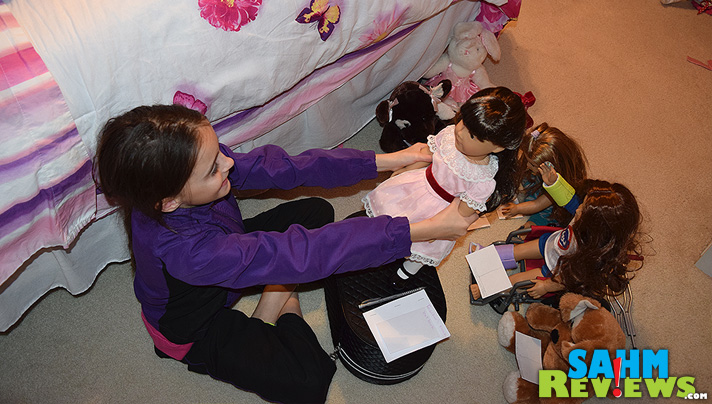 I guess I don’t give my girls enough credit. They’re pretty awesome and if they make a decision about something, I probably should trust that they are sincere!

Do you have an American Girl in your home?

15 thoughts on “Girls and Dolls”