Home / Wellness / Beauty / It’s All About the Volume 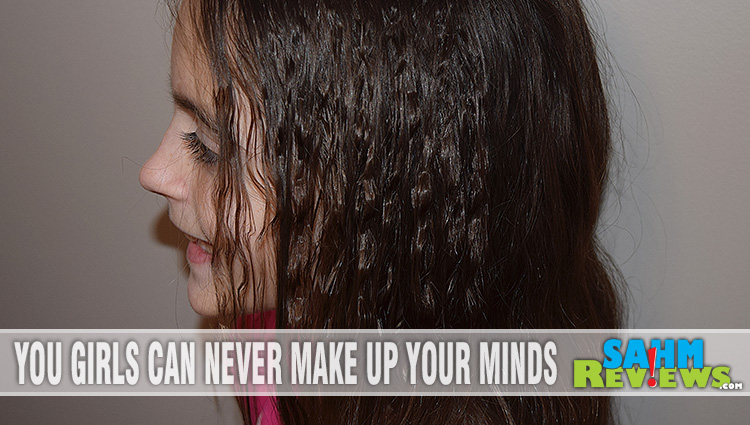 It’s All About the Volume

My girls are at that age. The age where they care about their appearance because they care what someone else (besides me) thinks. They have asked me to help them put on some makeup. Other times they want me to do their hair. I was blessed with naturally curly hair but my girls have very straight hair right now. They like it but every once in a while want something different. We’ve used leave-in curlers, curling irons, braiding and a number of other strategies to give their hair some character. They like their straight hair but also like how their hair looks when it is curled. Their teenage years are going to be interesting. One day curled, the next day straight.

I’m not the best at braiding. Never have been. It takes me forever, so I only braid the girls’ hair when I have a lot of time. I like curling their hair but the iron I have cools really quickly. It takes a long time to get their hair curled. Once again, we only do it when we have ample time.

Next weekend the girls have a symphony performance and I know they’ll want to do something special with their hair. I decided to try something different with them and volumize it instead of curling or braiding. Of course, we can’t do that the day OF the concert. We need to do it ahead of time to see how they like the look. Miss K, our resident fashion and beauty expert was thrilled to let me try out VOLOOM, a new hair volumizing iron. 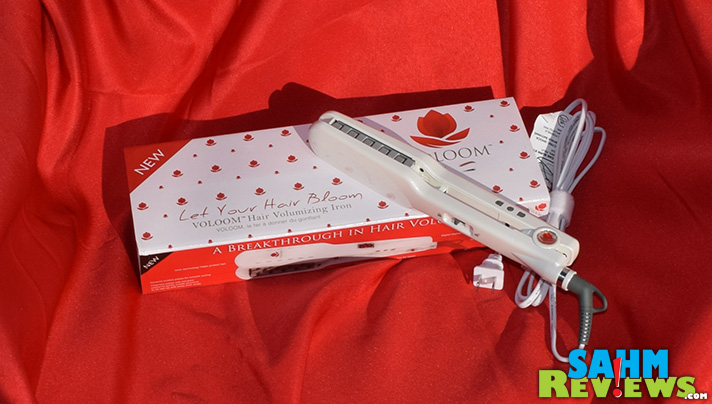 Let me start by saying that she didn’t know what I meant when I asked if she wanted more volume to her hair. She’s 10. She thinks the best way to crimp hair is to braid it wet and leave it that way a day. THEN unbraid it and don’t touch it. With that said, let me tell you how it went… 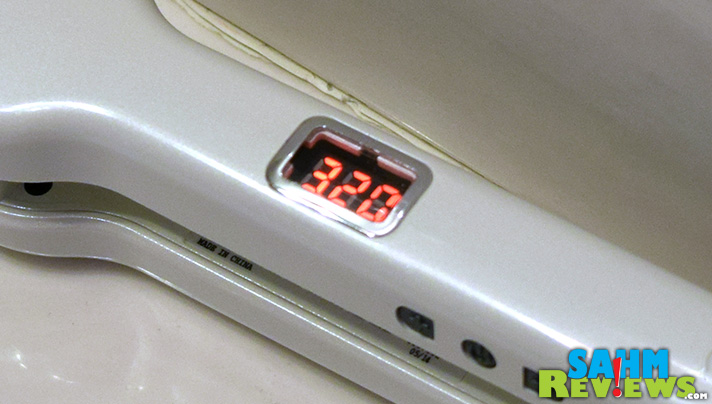 Over my many years of life, I’ve tried quite a few different types of hair styling tools. This is the first one that has impressed me with the actual design. The iron has a locking mechanism to ensure it doesn’t pop open and burn someone. It also has temperature controls. I haven’t purchased a new hair styling iron in several years so I don’t know if the temperature controls are something new in general or just new to me. Either way, I loved the simplicity of the feature and the ease of changing it. I was also amazed with how quickly the iron heated up. I didn’t time it but it was quick enough for me to realize I didn’t need to walk away and kill time while I waited. Nice.

The process of volumizing hair is very simple. Hair is sectioned using the included clips. Pull the top layer over to the opposite side. Working in small patches of the underneath layers of hair, use the VOLOOM tool to treat the hair and give it squares of depth. You don’t run it through your hair but instead close down on sections for just a second at a time. Not the entire strand of hair though, only about halfway down the side. Chin length or so. That keeps the frail ends of the strands of hair from being affected. After finishing a section, fold the top layer back down to conceal the hair that has been treated with the iron. 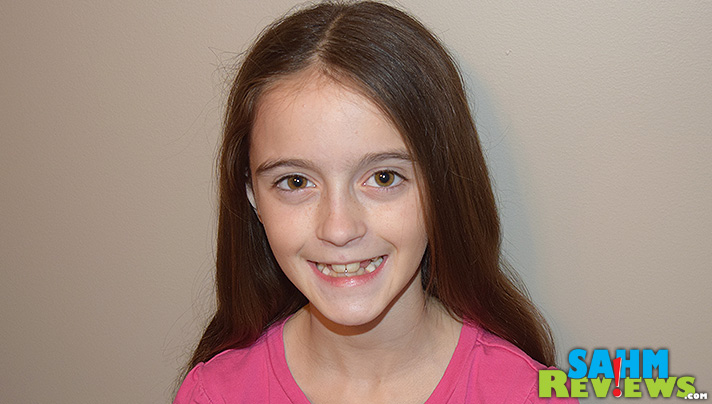 So that’s what we started to do. Miss K’s hair is pretty flat. To see how well it worked, I decided we would only do one side. That’s the ultimate side-by-side comparison. The instructions indicate that it is best to use a lower temperature the first time and test a small area. Since I wasn’t sure how it would effect her hair, I thought it would be best to keep it on a low setting the entire time. Per the instructions, I flipped the top layer over and went to work on the first underside layer. Her gleeful response, “My hair is crimped!” Technically, it wasn’t. Crimped hair is bent at sharp angles and leaves a definite pattern (and some hair damage). VOLOOM uses beveled edges and alternating platforms that bend the hair gently creating pockets in the hair. 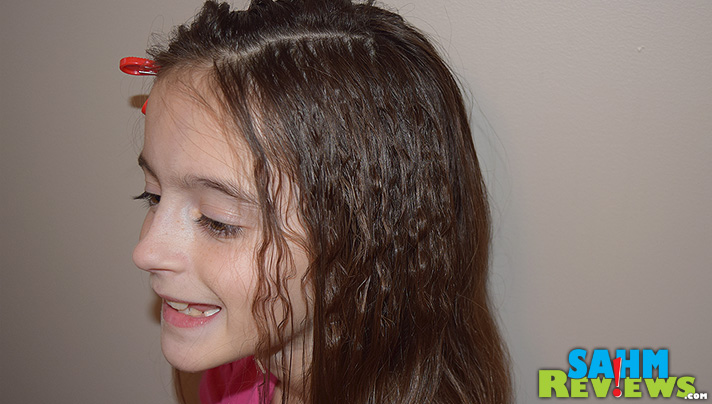 I proceeded to do the remainder of layers on that side.  The more layers, the more volume. In hindsight, for her small stature, one volumized layer would have been ideal.

She was excited at first but as she looked in the mirror, she began to tell me all about the new movie, Annie. How big her hair is and how that’s what this reminded her of. I couldn’t argue with her because the VOLOOM iron definitely worked as advertised. It added volume to her hair. Remember that I said she didn’t know what hair volume referred to? Well, this was my downfall. She is used to flat hair and often puts it in a pony tail. Crimps she wants. Curls she wants (some). Volume… well, she hasn’t realized yet how much she’ll want it in a few years. As you can see, VOLOOM definitely added volume to her hair – and to her attitude!

Personally, I loved how it gave her hair more life and texture. I’ve always has naturally curly hair and struggled to keep it manageable. I’ve heard so any people comment on how they would rather have my hair than their straight hair. The grass is always greener on the other side. However, knowing how many women crave the volume in their hair and purchase a variety of styling products in an attempt to GET that look, I knew this product would be a big hit. Used by itself, it adds volume. In conjunction with other styling cools like a curling iron, it offers amazing looks. We’re getting ready to test out a new curling iron and will have to see how well they work together.

If you wish to add volume to your hair, VOLOOM is definitely worth checking out. It’s a high quality product, includes hair clips, a teasing brush and even has a heat-safe travel bag. VOLOOM responds quickly to questions on Facebook and Twitter so if you are curious, drop them a note.

Do you struggle to add volume to your hair? Would you use a volumizing iron to achieve the desired look?

7 comments on «It’s All About the Volume»