Several years ago, we decided that we wanted to do a better job capturing the memories of racing the Viper on the autocross track. The handheld camera we had been using was cool but it was clunky and the stabilization just wasn’t ideal for the twists and turns that come with maneuvering a sports car around a bunch of cones. A new camera, the GoPro Hero, had recently come on the market so I decided to spring for it as a Christmas gift for Scott. It changed the way we recorded action from that day forward.

Interestingly enough, not just for us. We have watched the camera move from the specialty market to mainstream media. If you’ve ever watched Deadliest Catch, you’ve seen a GoPro in action. Survivor? Yes. Amazing Race? Yup.  Mythbuster. Uh-huh. It’s all over the place capturing amazing content that is even good enough for the big screen. I even found a website that shares when another GoPro has been spotted.

We’ve used our (first generation) GoPro Hero to record racing, snorkeling, roller coasters and more. While we always have our cell phones with us, they aren’t intended for action shots like these. Seeing our kids giggle and scream on the water ride is worth every penny that the GoPro cost. I think moments like that are worth capturing. Don’t you? Fast forward to the 2:50 mark and you be the judge.

In a few days, I’ll be headed to Denver for a media event where I’ll be driving around on the ice rink at Pepsi Center to test out Bridgestone tires. If the Bridgestone team allows me to, I plan to have our GoPro mounted on the dash to capture the event. Being able to capture cool activities and events is priceless.

Of course, we need to upgrade ours so we’re keeping our eyes open for the new ones to show up at Best Buy: GoPro Hero4, GoPro Hero4 Black and GoPro Hero Silver. 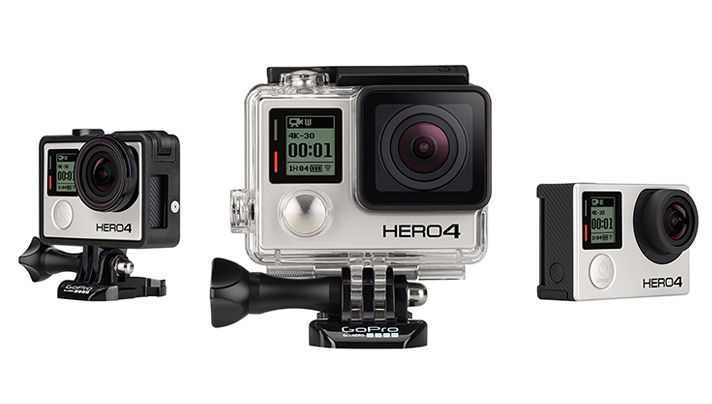 The first-ever GoPro to feature a built-in touch display. Controlling The camera, playing back footage and adjusting settings is ultra-convenient—just view, tap and swipe the screen. With 1080p60 and 720p120 video, and 12MP photos at a staggering 30 frames per second, HERO4 Silver combines powerful, pro-quality capture with the convenience of a touch display. 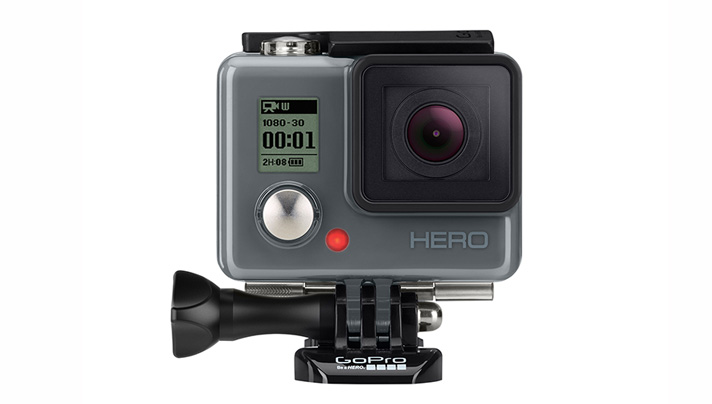 Featuring high‐quality 1080p30 and 720p60 video, and 5MP photos up to 5 fps, HERO captures the same immersive footage that’s made GoPro one of the best-selling cameras in the world.

These make awesome gifts for anyone looking to capture memories. From your gadget geek to the teen. From the sports fanatic to mom. Not only is Best Buy home of the latest cameras and camcorders, including the full line of new GoPro cameras but they also have a great assortment of accessories. In addition to carrying it or using a tripod, GoPro offers a variety of action-specific accessories. Mount your GoPro to your chest, your head, a helmet, a body board and even your dog! Put your GoPro Hero 4 in a waterproof case and take them into water. The options are limited by your imagination.

For more information on GoPro products, check out the details at BestBuy.com or stop by your local Best Buy retail store.