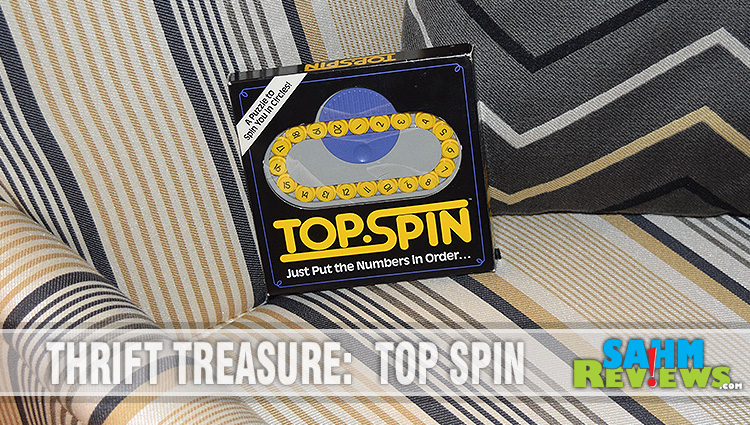 In the late 70’s I lived in West Germany. We were stationed there due to my parents working as government-employed civilians. Back then the selection of toys available wasn’t near as vast as today’s offerings, and even worse if you lived overseas. Sure, there were German toy stores, but the prices were nearly double what we were used to paying in the U.S. and I couldn’t read the instructions! If the toy wasn’t in the PX catalog, we usually never knew it existed.

This week’s Thrift Treasure brings back memories of one toy we did find while overseas, and to this day is still a cultural icon – Rubik’s Cube. Top Spin by Binary Arts is also a hand-held puzzle game that while simple in its design, is actually quite a complex challenge. Originally released in 1989, it enjoyed great success in an era when game companies were trying to out-do each other with harder and harder puzzles. 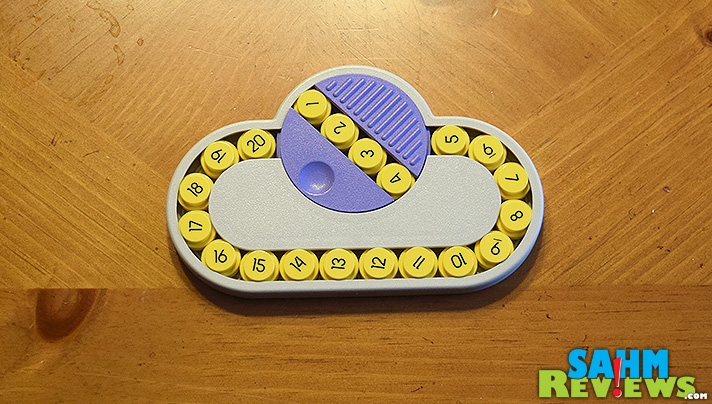 The goal is simple – get all 20 numbered pieces in order by rotating them around the outside oval and using the smaller circle to ‘flip’ four of them at a time. Doesn’t make sense? Watch this quick clip to see what I mean.

Think you’d like to give it a ‘spin’? There are a number of good sites online that have tutorials and hints to help you get it solved. While this isn’t a game you’ll find at the store any longer, there are a number available on eBay for under $10. Money well spent for hours of frustrating entertainment!