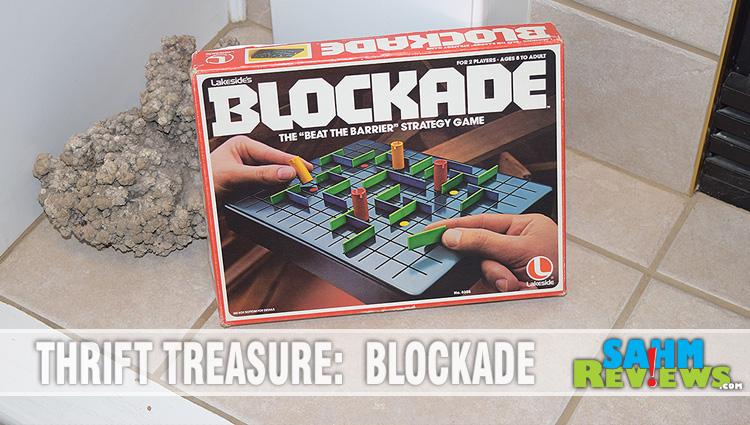 We regularly find games at our local thrift stores that are no longer available at the retail level. Either the game wasn’t good, the publisher went under or it just doesn’t live up to current trends. This week’s Thrift Treasure feature makes us wonder why it isn’t still available.

Blockade from Lakeside Games was originally issued in 1975 and again in 1979, which is the version we purchased. One of the original designers did reissue the game under the name “Quoridor” in 1997 through a number of different publishers, and much of the game play is also the same in “Pinko Pallino” by the same designer. However, there doesn’t seem to be a current version of the game at all. 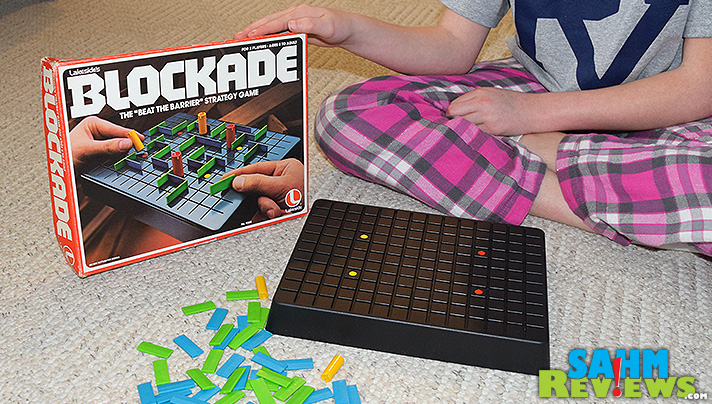 A hefty plastic playing field along with colored walls and avatars are included, as are thorough instructions. Blockade is designed for two players, although I could see two teams of 2 also being able to enjoy the game. 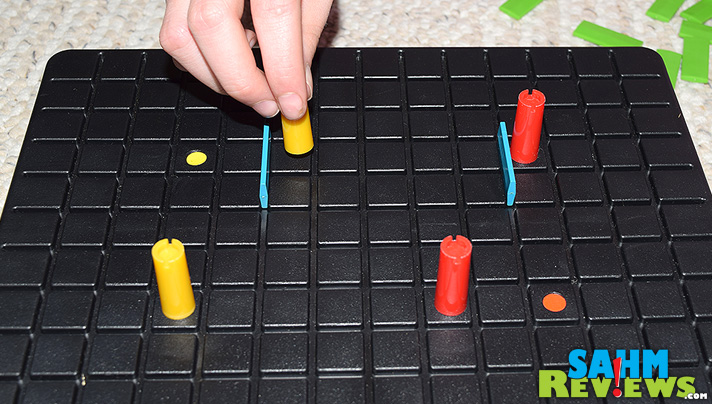 The goal is pretty simple, get one of your avatars to one of your opponents starting space. You can only move two squares per turn in any direction (except diagonal). 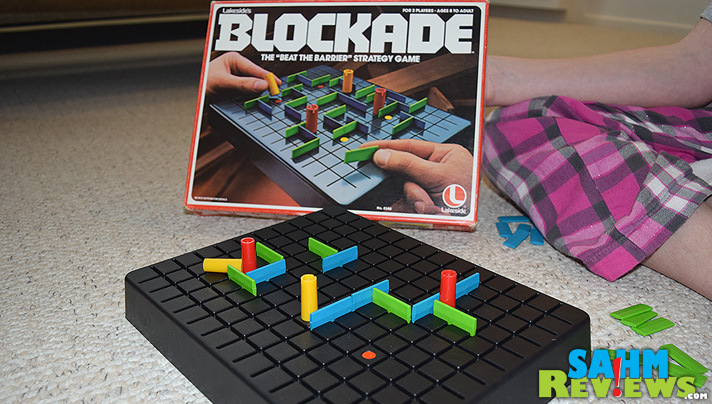 The twist is that during every turn you also place a ‘blockade’ to slow down your opponent’s progress. Blue walls must go one direction, green walls must be laid perpendicular to them. First to get one of their avatars to the other players starting point (either one) wins. 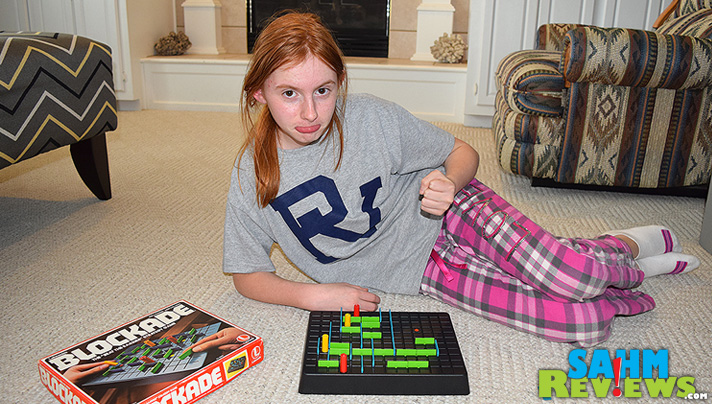 Any guess who won? (Hint: not her)

We love older games that don’t “look old”. If it wasn’t for the dated design of the box, the color and quality of the game would not give away the fact that it was over 35 years old! This is a great strategy game for two players and no two games will be alike. As I mentioned before, Blockade is no longer being published, but you can find copies available on eBay for under $5! (Ignore any higher auctions, there are plenty at this price level). Of course don’t forget to check your local thrift store! 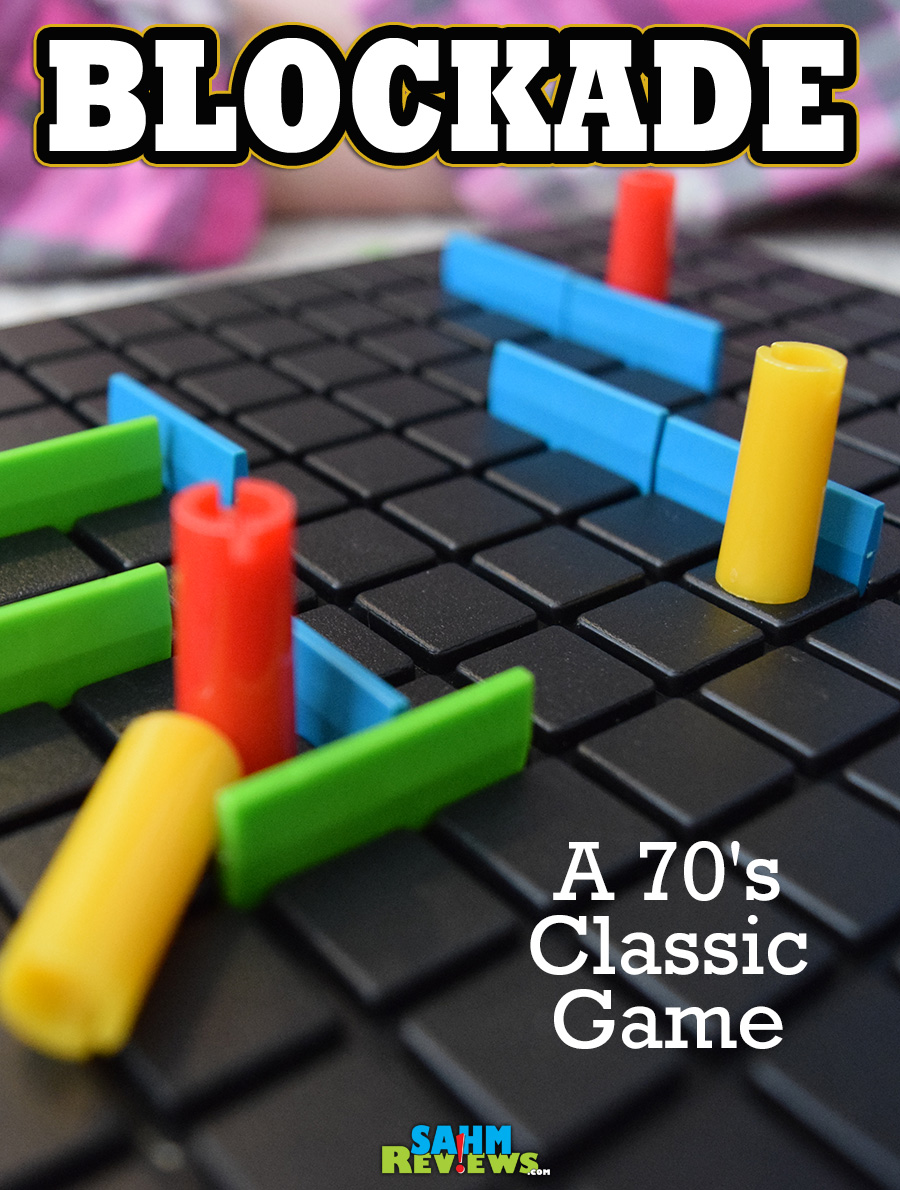