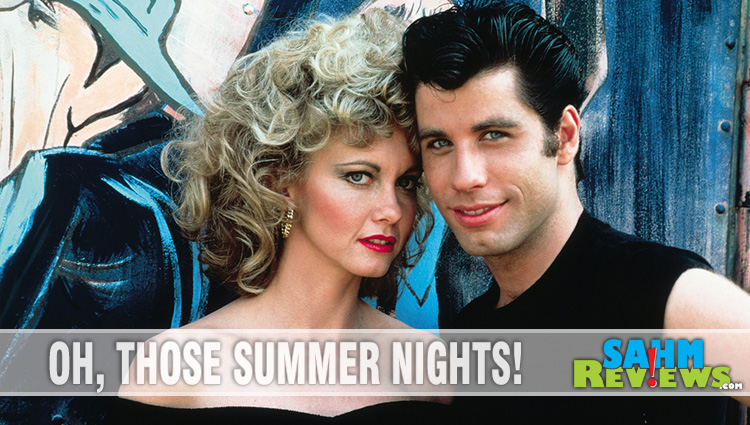 We’re a fairly diverse family, taking the kids to all kinds of different events and activities. A few years back, we went to an estate auction where there were some vintage automobiles for sale. Despite having zero need for an automobile that was better suited for a parade than a road trip, it took everything in me to not insist that DH bid on it. You see, the car reminded me of one of my favorite movie cars: Chitty Chitty Bang Bang. When you’re a kid, some movies stick with you. For me, Chitty Chitty Bang Bang was the one. I watched it whenever it was on television and introduced my girls to it as soon as they were old enough to appreciate it.

Of course, Grease was a favorite also. I could take or leave John Travolta but Olivia Newton-John was one of my childhood idols. I knew every song from that movie and happily sang them at the top of my lungs. “Grease lightning. Go Grease lightning!” It’s a classic and worth watching over and over again. It’s so popular that Fox just announced they are doing Grease Live next year.

If you’ve read movie news or watched movie previews lately, you have likely read or seen news about the latest reboot – Annie, starring Jamie Foxx. Musicals aren’t something of the past, they’re timeless and can be enjoyed by individuals of all ages. Music resonates and musicals are able to tap that convergence of theatrics and music.

No matter the subject matter, I walk away from a musical humming or singing the tunes and my girls are the same way. They happened to hear a few songs off the Footloose soundtrack recently and now they’re constantly kicking their feet around singing “You gotta cut loose. Footloose.” They’re too young to see the movie but they’re not stranger to Kevin Bacon. After seeing him in umpteen movies, including X-Men: First Class, DH taught them about the “6 Degrees to Kevin Bacon” rule. They thought it was cool… then they started singing Footloose again.

While many people think of Netflix as a place for movies, it’s also an amazing resource for educational shows, classic TV shows and musicals. Whether it be Shrek the Musical or Phantom of the Opera, there’s something for all ages. Check it out!