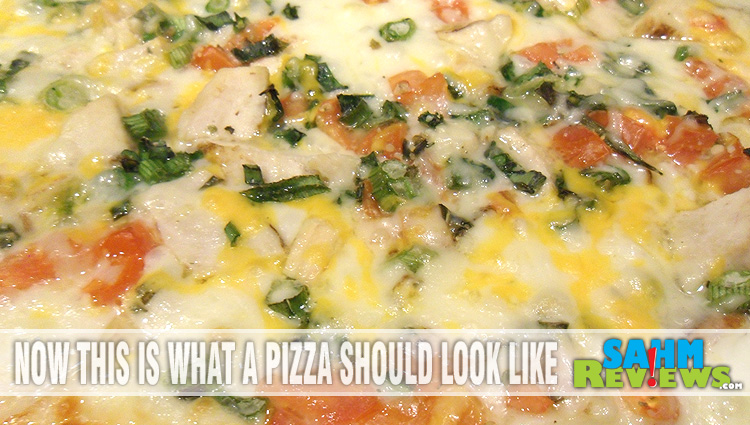 I’ve written recently about pizza, probably too many times for my waistline. Sometimes it is store-bought frozen, other times I use a pre-made crust and add my own toppings. Last year I was on a make-your-own-dough trek that resulted in really good meals but a big mess and a lot of preparation time. My specialty is thin crust, but sometimes they just aren’t filling enough. In the past our go-to ‘thick’ pizza has come from the franchise that rhymes with ‘slut’, but now we have a new option just down the road from our house; Papa Murphy’s and their new “Fresh Pan” option!

We have friends that have regularly invited our family over and cooked up a couple pizzas from Papa Murphy’s in the past for us and all of the kids. It is a great stand-by when you have company and don’t feel like paying full-price for takeout pizza (plus deliver, plus tip). Oddly, we never found ourselves headed there since we normally prefer thinner crusts. Almost cracker-like thin. But when we’re really hungry and want a lot of toppings only a pan pizza will hold up. This was a good opportunity to see what all the fuss is about.

We were in luck, the Fresh Pan pizzas had just gone live the night before, giving the employees a full day to ‘get the kinks out’ of making them. They were also running a special for a 1-topping Fresh Pan for only $8 as part of the grand introduction! But we were there for a heavy pizza. $8 for a freshly-made (with fresh ingredients) large pan pizza is too good to pass up, so we ended up getting that too so we were assured leftovers! What was our main choice? Gourmet Chicken Garlic (Fresh Pan of course). Made with a creamy garlic sauce instead of a red sauce, it also has white-meat chicken, tomatoes, green onions and an herb & cheese blend.

Even better, my wife spotted a little sign inside with an additional promotion! Sign up for text notifications and get a free tub of cookie dough! I’ll be signing up next time – we’ll be set for cookies for a while! 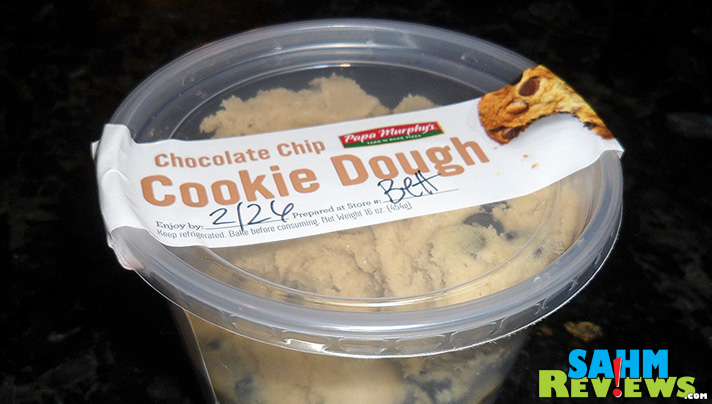 These pizzas were large, we had to stack them in the oven on two different racks. It was odd seeing so many ingredients that you couldn’t see the crust. The instructions did say it would rise (and to pop any dough bubbles along the way), so I had my fingers crossed.

425 degrees for 12-18 minutes is what the instructions suggested, and it took all of those 18 minutes to get to our desired doneness.  In fact I could have probably cooked it a little longer as these pizzas are thick with toppings, not to mention the thicker crust. So plan on 20 minutes for your cooking time.

The results?  See for yourself!

Let’s be honest, I’m still a thin-crust guy. But these Fresh Pan pizzas are a close second. I can’t (yet) make a good thick-crust by scratch, so when the urge arises these will be my new go-to.  Do yourself a favor and try them out and don’t forget your coupons. You can find out more about Papa Murphy’s and their new Fresh Pan pizza via their Twitter and Facebook pages. And leave the cookie dough for me!

30 comments on «Sometimes Thicker IS Better»