This time of year we typically look forward to game time every Sunday by curling up in front of the television to watch the football playoffs. Our team didn’t make it unfortunately. On the bright side, this year marks the games to be held in Sochi, Russia. You might as well hold it here in Iowa with the weather we’ve been having. Today is no exception, snowy and gloomy; you’d think this photo was taken in the evening rather than in the afternoon!

We love watching the winter sports. Everything from skating to ski jumping to curling, we just can’t get enough of it. With our football team already relaxing in warmer climates we decide to ‘warm up’ with some hot food and cheer on our American hopefuls as they compete for a coveted spot on the team.

It’s too cold to go outside, and the roads haven’t been cleared well enough to allow for delivery. Fortunately last time we were at Walmart we stocked up on the frozen variety! In the past we usually just went for whatever was on sale and splurged for the ‘better’ pizza every once in a while. We could not believe the price rollback on DiGiorno Rising Crust pizza – only $4.50! DiGiorno is our go-to ‘better’ brand and at this price it was no longer a ‘splurge’!

You might say my girls were excited for pizza, it had been a while since we had it at home. 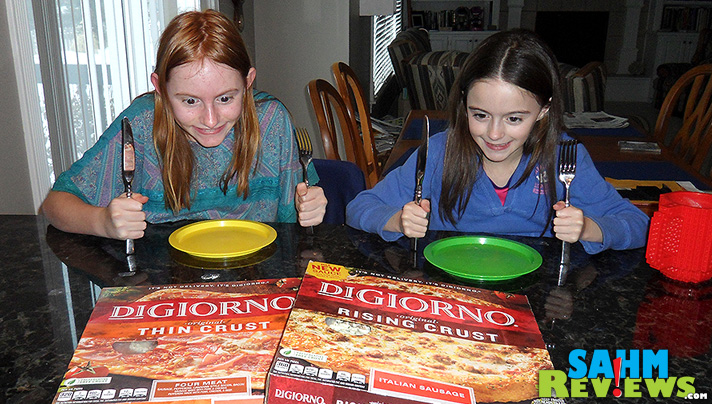 We did find an interesting tidbit.  The Rising Crust pizza was vacuum-sealed (LOVE IT!), while the Thin Crust version wasn’t. Vacuum-sealing kept all the ingredients in place which is VERY important when you have more than one child. Otherwise there is fighting later over the pieces of pizza that have extra toppings on them! 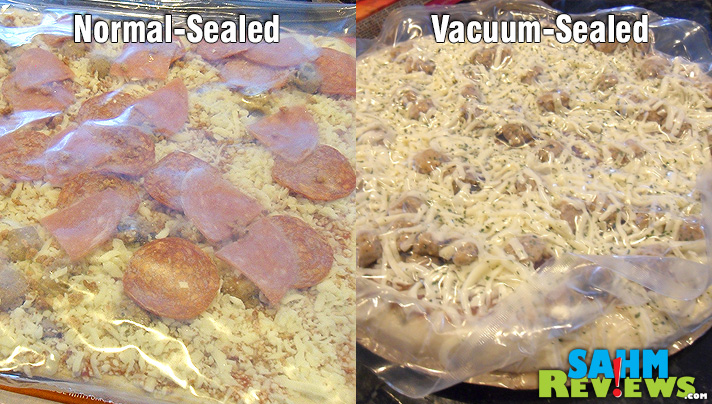 The instructions are very clear; just pop them into the oven at 400 degrees. The thin crust will only take about 17 minutes, while the rising version will take a little longer. 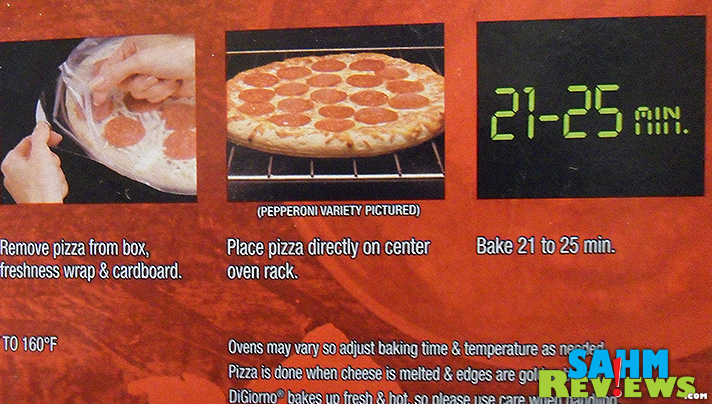 They turned out to be just the perfect size to fit side-by-side in our oven.  Notice the pizza stones a couple racks below them. We sometimes make our own at home (not anywhere near $4.50 though, much much more) and have found that leaving the stones in the oven help everything cook more evenly. 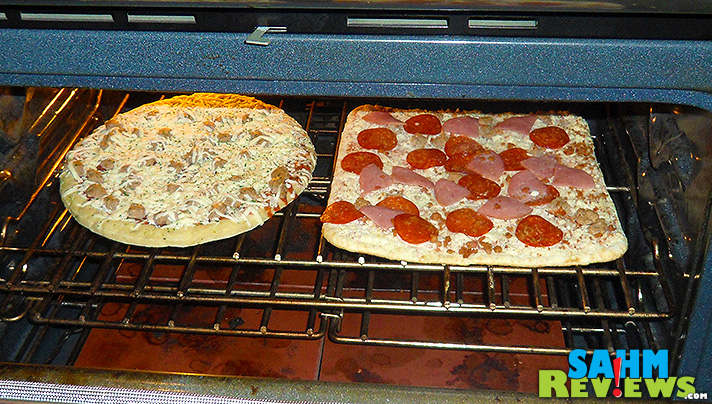 Twenty-three minutes later they are both done! 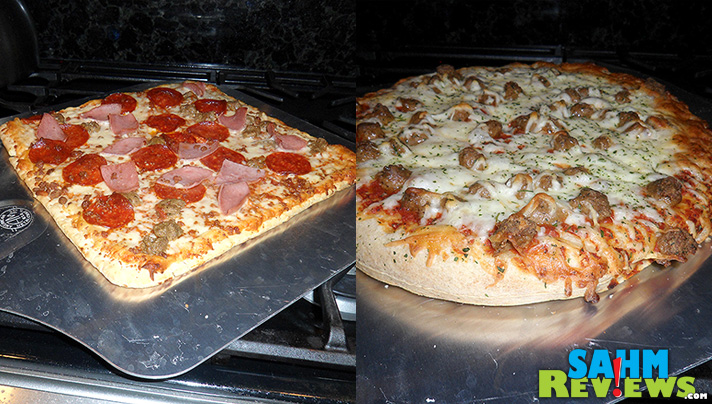 All that is left to do is cheer on the US of A! 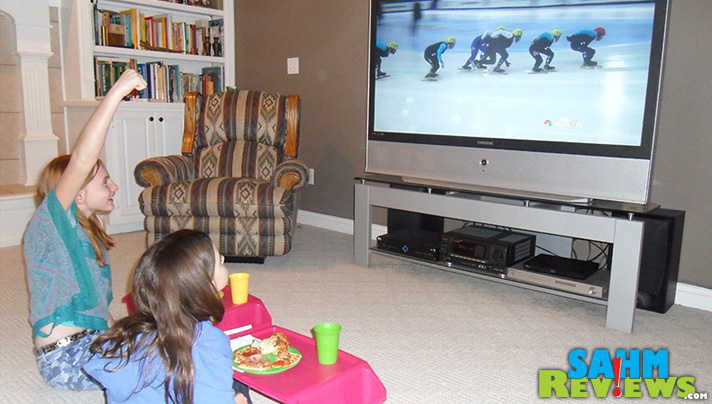 So don’t fret. If your team didn’t make it to the playoffs or were already eliminated, you can still get your sports ‘fix’ from now through February by watching our young athletes rise to the occasion (pun intended). Go USA! 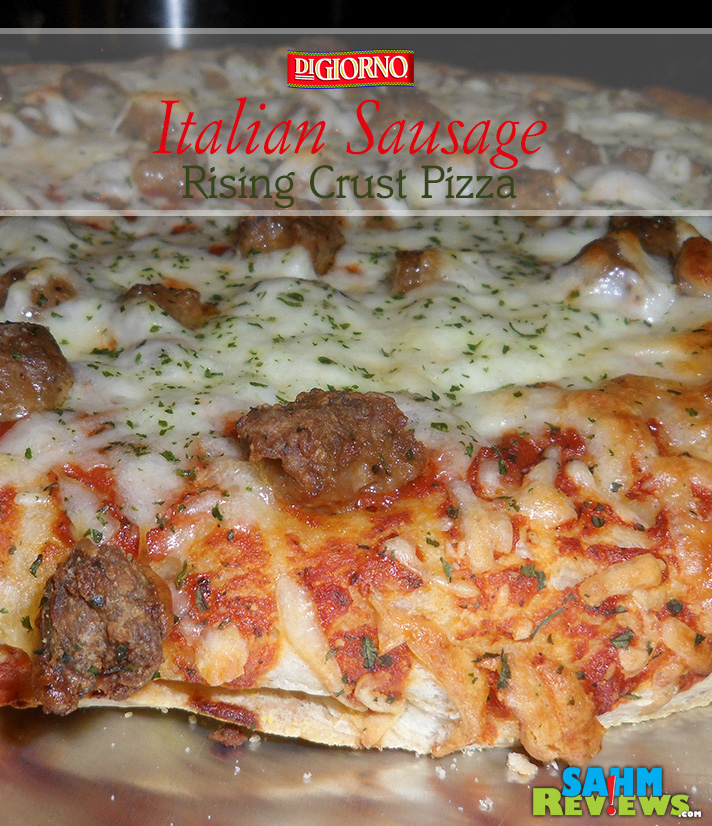 19 thoughts on “No Game Time Celebrations for Us…”