If there is one thing I love, it’s Rotisserie Chicken. Specifically, the one they sell at Sam’s Club. It is full of flavor and always hits the spot. Leftovers? If there are any leftovers, it’s good hot or cold. By itself or on a salad.

Naturally, I’ve wanted to figure out a way to recreate it at home. Unfortunately, there’s more to it than just adding seasonings to a chicken and roasting it. Along came the Wolfgang Puck Pressure Oven. Yes, I’m one of those people who wants every single kitchen gadget out there but I usually am able to talk myself out of it. The Wolfgang Puck Pressure Oven has something that puts it over the top for me. A rotisserie feature.

We stopped by Sam’s Club the other day and purchased whole chickens (the same ones the girl at the rotisserie counter said they use). She also directed us back to the spice aisle where they now sell the same spices that Sam’s Club puts on their chickens. Sold. 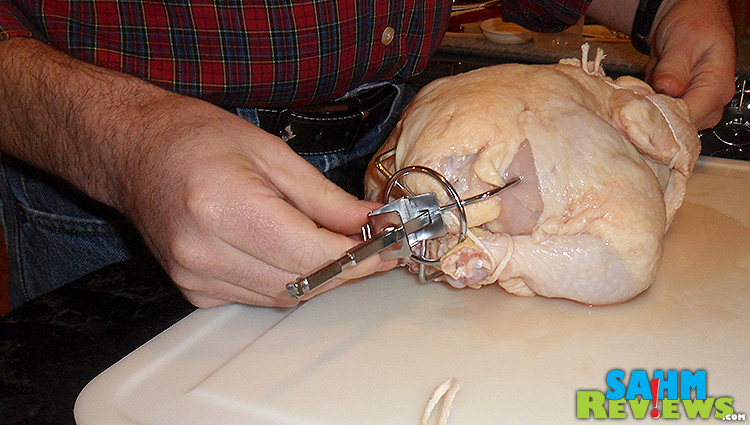 Back at home, we put it to the test. Trussed the chicken with butcher’s twine, seasoned it with the Sam’s Club Lawry’s Rotisserie spice and put it in the Wolfgang Puck Pressure Oven using the pressure mode. 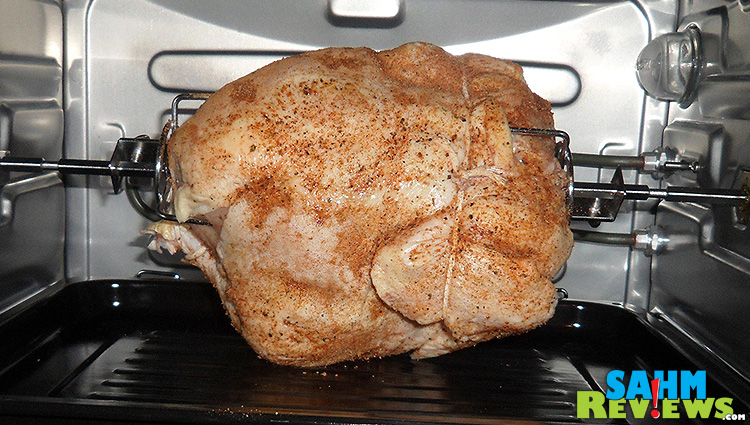 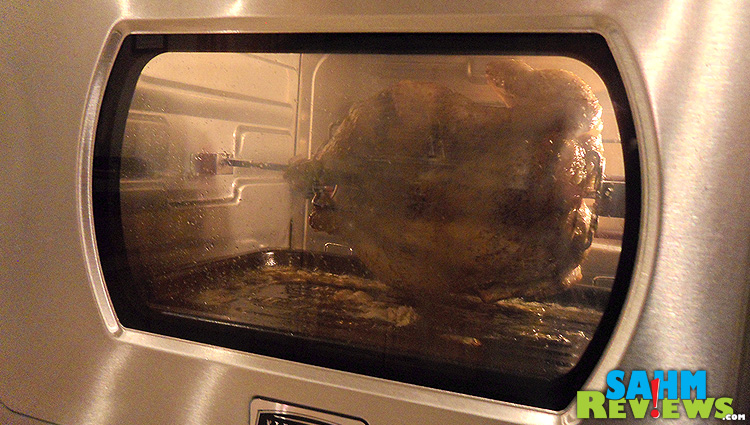 It looked so pretty in the oven. Just like you see at the store! The directions said it would take 30-45 minutes so we checked it midway through that range. Wasn’t quite ready yet. 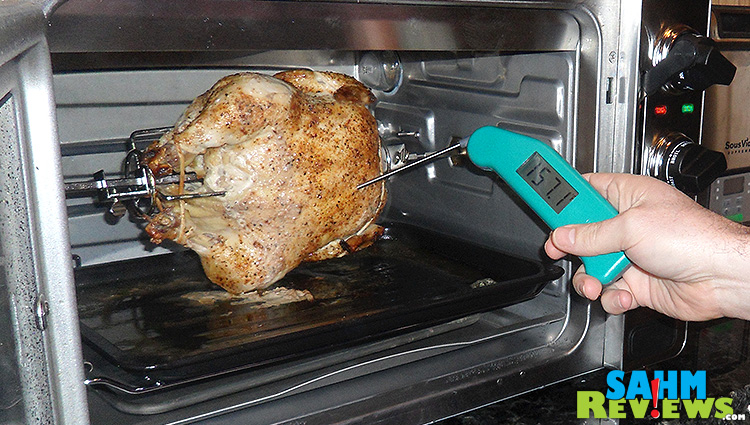 It was only a few more minutes and we were there. The final timeline: the chicken was done in under 45 minutes. I loved that it was done so quickly. 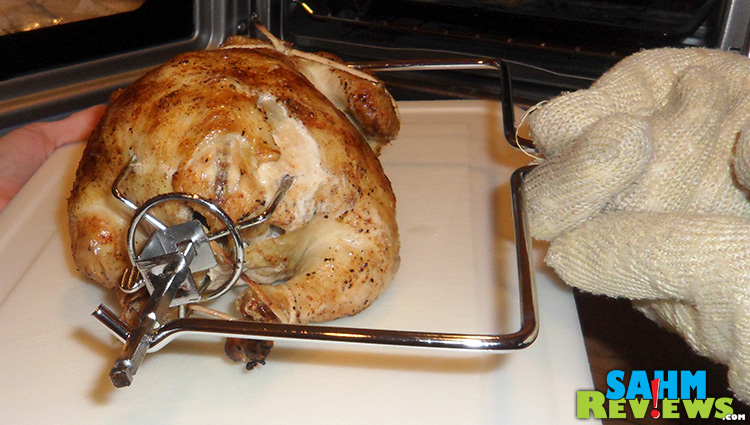 It was absolutely beautiful when it was done! It was extremely easy to make and cooked very fast. 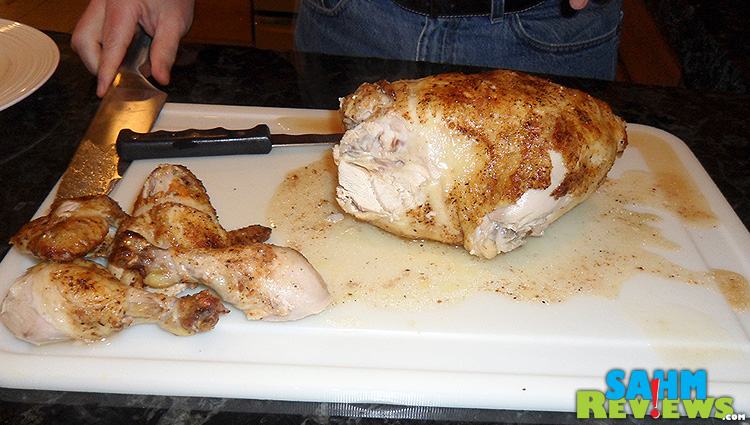 What I didn’t expect was how moist it would be! When we went to cut it, a lot of the seasonings came off. If we try this in the future, I’ll either add more seasoning or I’ll let it rest longer. Patience was not my friend. The instructions said it needed to rest but I was ready to eat! In the future, I think it would be best to brine the chicken first. Also, if time isn’t crucial, the end product would probably be more like the store-version if standard mode is used.

Fortunately, the Wolfgang Puck Pressure Oven isn’t a one trick pony. It’s designed with multiple functions. You can rotisserie in pressure mode like we did, or rotisserie in standard mode that doesn’t use pressure but takes a little longer. Wait! There’s more! It bakes, toasts, roasts and broils, too! Not only can you cook something like a chicken in it but you can also prepare cookies and other desserts, rolls, pizzas, vegetables, casseroles and more. It comes with a recipe book filled with ideas but as you can see from the Wolfgang Puck’s Oven Pinterest Board, it is limited only by your imagination.

Overall, I think it has a lot of potential and could be a great addition to our gadget arsenal. It currently resides on the counter between the coffee pot and the sous vide machine. We’re looking forward to trying it out again. 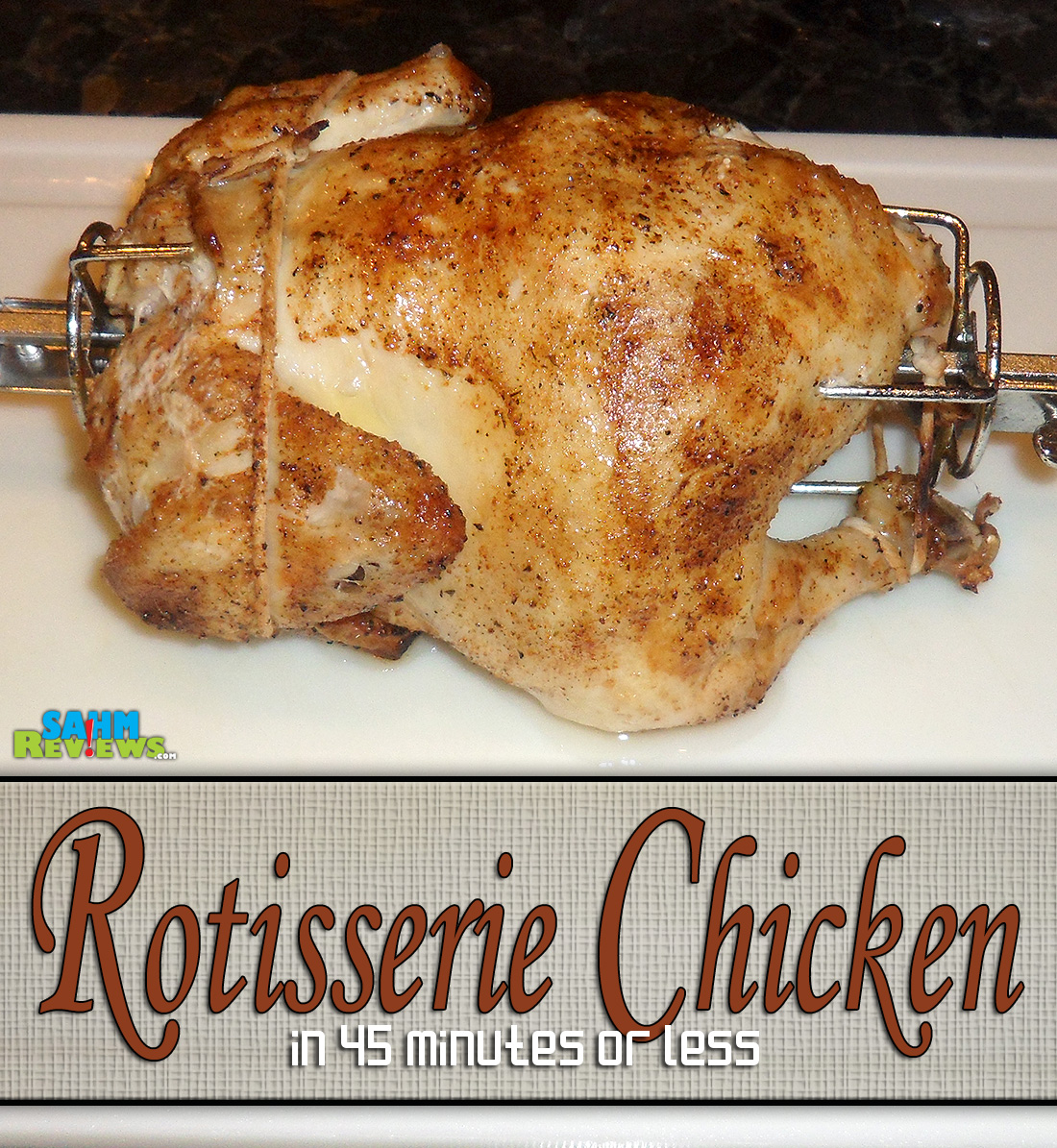