Did you happen to see our recipe the other day for Rotisserie Chicken Salad? No? Go check it out now… I’ll wait. It’s really, really good – not to mention easy. 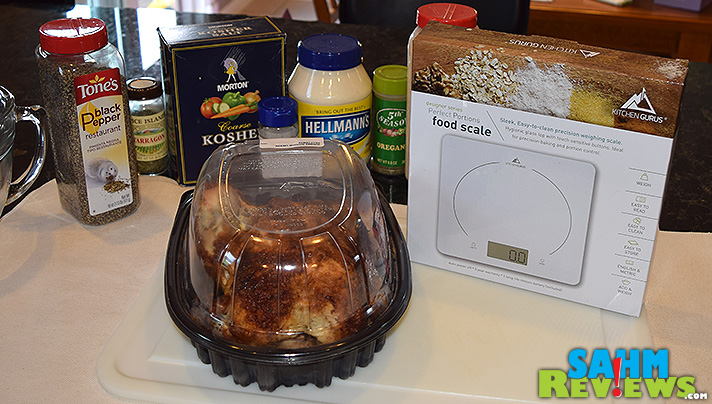 While preparing the Rotisserie Chicken Salad, we decided to use the Kitchen Gurus Digital Kitchen Scale to weigh the chicken and figure out exactly what we were using. They advertise it as a 3 lb chicken but we weren’t really sure how much actual chicken we ended up with.

We didn’t want to set it on the scale directly so we opted to use the lid as a bowl. We couldn’t use the base because it had drippings and liquid in it that would have thrown off the weight. The scale was really easy to use because we were able to use the tare feature to zero it out with the lid on it. It wasn’t too hard to figure out how to do that. While most scales label the feature as “tare”, the Kitchen Gurus scale labeled the button as “Zero”.  This particular chicken weighed in at 3 lbs 3 oz. 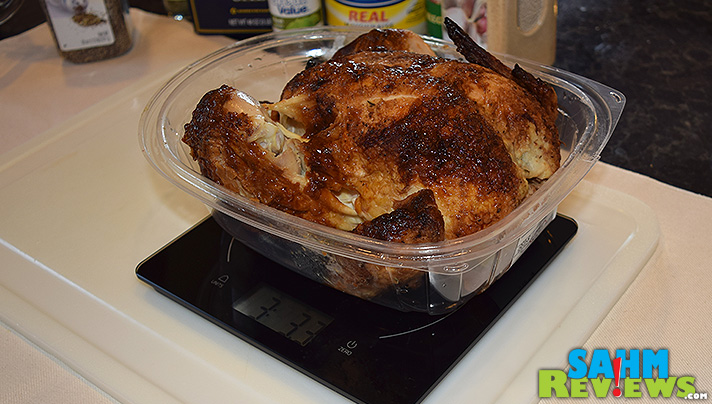 We pulled the chicken from the bones (and by “we” I mean DH because I was snapping photos for the recipe post.) Once again, we zeroed out the scale while the lid was on it then places all the loose chicken pieces inside. 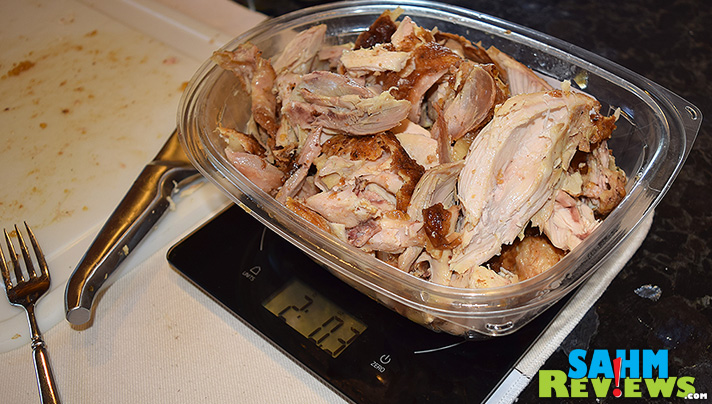 This time, it reflected just a smidge over 2 lbs. So now we know approximately how much it uses in case we want to make our own instead of buying store-bought!

The styling on the Kitchen Guru glass top scale is sleek and attractive, very thin, has auto power off extremely easy to use. We’ve reviewed several scales and for the most part all are similar. Little features like the zero vs tare and the type of batteries they use are what makes or breaks it for us. This one uses a single CR2032 battery.

If you’re in need of a new scale, you can pick one up from Amazon. From now until June 30th, enter coupon code “KITGURUS” for an additional $10 off the Amazon sale price! For more information on Kitchen Guru products, visit their website. You can keep up with their latest news on Facebook and Twitter.

Do you weigh your food for recipes?

36 thoughts on “Let the Gurus Help in the Kitchen”