I visited a friend’s new house a couple years ago and was amazed by the beautiful kitchen. But what shocked me most was the non-standard microwave that was installed below the counter. When my parents finished their new home last year, I noticed the same thing. It made me realize that there are a lot of options beyond the traditional “install-above-the-stove” microwave like I have. They can be sleek, efficient and smart these days. Technology is a pretty cool thing.

Take, for example, the new Breville Combi Wave 3-in-1 Microwave. Not only does it have the features of a traditional microwave, but it also has plenty of pre-programmed features. It isn’t uncommon to find buttons for defrost, reheat and popcorn on a microwave, but the Breville Combi Wave also has presets for fish, bacon, pizza, rice, chicken, meat and cake. Holy cow, there’s even a button to melt chocolate and soften butter! 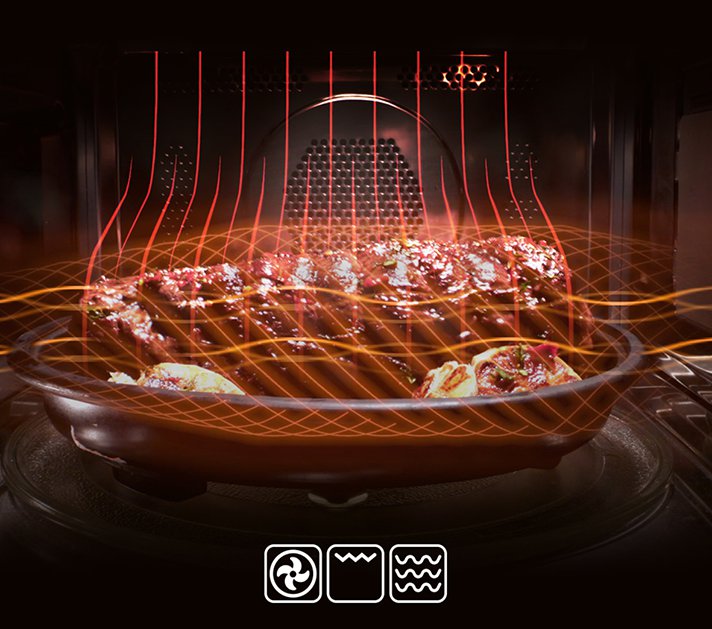 While preset buttons aren’t too far-fetched for this type of kitchen gadget, how many times have you seen a microwave that also works as an air fryer and a grill. The Breville Combi Wave 3-1 microwave lets you air fry, Crunchy fries and chicken wings in the micro? No way! Yes way! Bake or roast (whole chickens, lasagna, chocolate brownies) or simply microwave with even heat distribution. Combi feature alternates between cooking functions to help it cook faster while the Element iQ® system uses smart algorithms and precise temperature control.  Convection technology uses a fan to circulate heat during the cooking process, effectively minimizing the number of hot spots and cold spots. Use the grilling element to cook crispy food. The specs say you can even crisp up pizza, but why anyone would put pizza in the microwave is beyond me. Leftover pizza is meant to be eaten cold. Maybe they’re referring to making a pizza in the microwave using the grilling element. That would make more sense. That’s worth researching more! 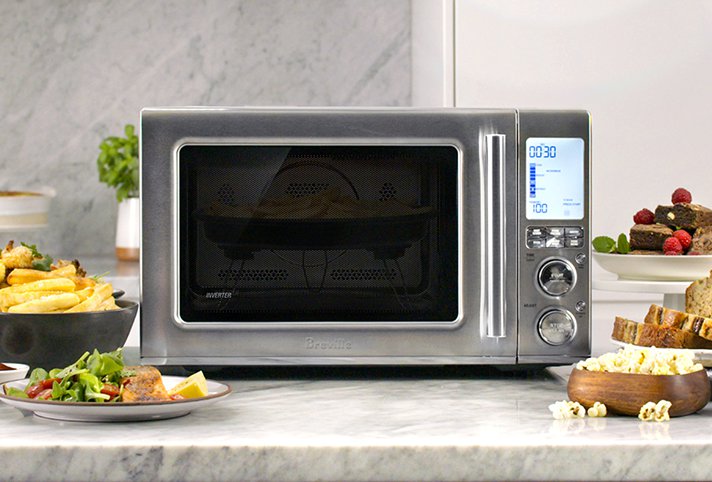 Of course, we shouldn’t dismiss how nice it looks, either. With a brushed stainless steel casing, it matches a lot of modern kitchens and provides durability and style. Does your current microwave make a slamming noise when it closes? Mine does. I hate heating up breakfast when everyone is sleeping because it’s so noisy. The Combi doesn’t have that issue. The design includes an 80% quieter soft close and is also 50% quieter while running.

We don’t currently have one of these, but I love that Best Buy is offering such cool new technology. If you’re in the market, you can check the Breville Combi Wave 3-in-1 at Best Buy or on their website.

What is your favorite feature of the Breville Combi Wave 3-in-1 microwave?