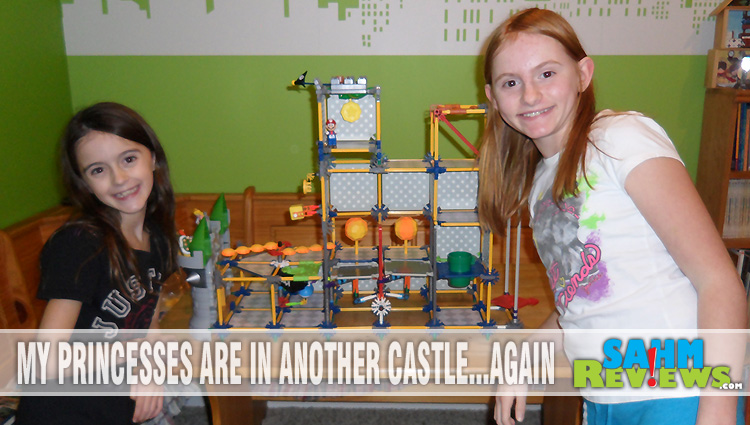 My daughters love playing together but their personalities are completely the opposite. One likes video games and all things electronic. The other likes singing, dancing and imaginative play. K’NEX merged their worlds with the Super Mario Bros 3D Bowser’s Building Set.

It took them several days working off and on to get the set assembled. That provided them with quality time as they pieced it all together. Once they were done, I was surprised how they gave life to the play set!

So much so that they asked to record a video of how it works. When I sat down to watch them (before we recorded), I wasn’t sure they were moving in the right direction. Then I realized something… it didn’t matter. It’s imaginative play. They’re offline. They’re playing together. They’re laughing, smiling and having fun.

That’s worth the price of admission right there. Watch their video and you be the judge… Do they look like they’re having fun?

If you think this set would make a great addition to your family, be sure grab one on Amazon or eBay. It was a Toys R Us exclusive!