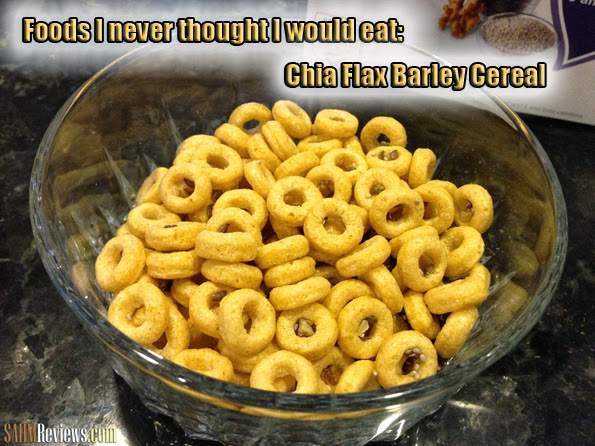 One of the fun things about attending conferences is you get the chance to try out a lot of things you wouldn’t normally try. While attending BlogHer in Chicago, Kashi had representatives there to meet with some bloggers. While I wasn’t one of them, my roommate (Jen from The Suburban Mom) was and she was given a goodie bag filled with Kashi products. Unfortunately for her, she couldn’t fit all of them in her suitcase.

Fortunately for me, she lost the battle. Since I drove to Chicago (she flew), I was the lucky recipient of a few boxes of Kashi Cereal. Actually, because I drove, I accumulated stuff from several people who had limited suitcase space. Somehow I ended up with THREE boxes of Kashi cereal.

I’m not new to Kashi. I have tried other Kashi products before and really liked them. The ones I’ve purchased on my own have always been a little more mainstream and more typical to what I would buy from other brands. 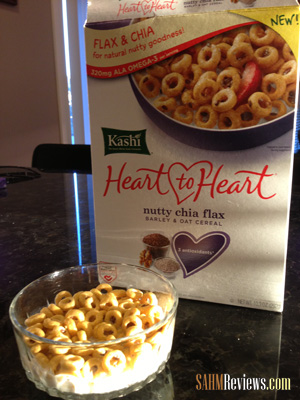 This one, however, was not. It was a little more… looking for the right word… progressive. Among the ingredient list: Chia – which I thought was tea – along with flax, oats and barley. In general, I like granola cereals as well as “healthier” alternatives. This one was completely off the charts for me. I tried a handful plain because cereal is something I love to snack on. Unfortunately, it was earthy tasting and somewhat stale in texture. Eating it plain would not be an option. I decided to give it a fair shake and added milk like a good girl.

To my surprise, the taste and texture transformed. The skim milk had just enough creaminess to balance the flavors of the chia, flax and whatever else was included. Sometimes it takes a few tries to really know if you like something or not so I decided I would continue to consume it for breakfast – with milk and never dry – until the box was gone.

Each time I had it, I liked it a little more than the time before. There came a time that I actually looked forward to the rich tastes that didn’t need any added sweetener or fruit.

I polished off three boxes, eating it almost every morning. By the time the last box was gone, I was sad because I had truly come to appreciate the unique taste of it. As someone with a relentless sweet tooth, being able to eat – and enjoy – a heart-healthy cereal without needing to add anything to it is refreshing.

Now I need to find myself some coupons, watch for it to go on sale and stock up.

So glad Jen couldn’t fit it in her suitcase because it’s certainly something I wouldn’t have tried otherwise!