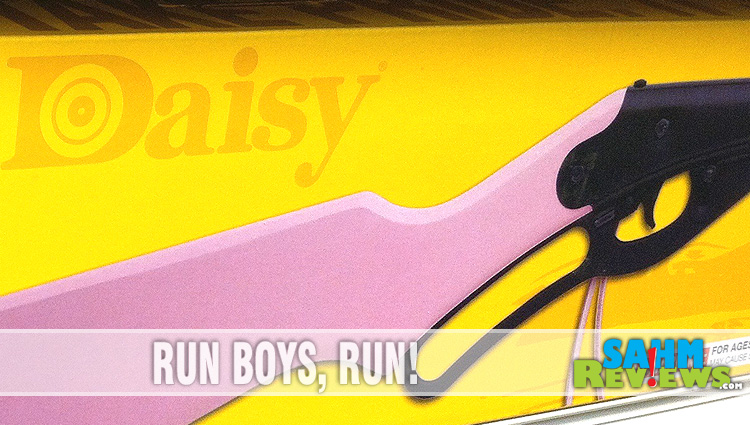 The Frogs Are Safe

I must have been in the 6th grade or so when I received my first BB gun.  I have long since forgotten the brand or model, but I do remember the great feeling of ‘power’ when I held it.  Down the hill from our house was a small river.  It was officially a river, but was more like a strong stream – about 15 feet across and 5-6 feet deep.  A small wooden bridge was the only way to cross this part of the river.  That’s where I set up shop.

And by shop, I mean that’s where the carnage came from.  Like any river there were many great targets to shoot.  And by targets, I mean living things.  Bugs, snakes, frogs, you name it, they were fair game.  Perched high above the water, like a deer hunter in his stand, I had the perfect location to rain down terror on the animals below.  I must have gone through thousands upon thousands of BB’s that year.  I hope the frog population eventually recovered.

Today I’m a (somewhat) more responsible adult with two daughters.  They have two friends (both boys) that are HUGE into guns/military/etc. and regularly play some sort of “cops and robbers” type games with them.  So my girls having an interest in guns hasn’t come from me, but from their friends.  So much so that my youngest will be dressing up as an army soldier for Halloween this year!  My oldest, she’s become even more interested in them after we watched the Summer Olympics and a couple women’s shooting events.  Since we’re trying to enjoy the few remaining weeks we have for outdoor family activities, I guess now is a good time to introduce them to something other than those orange-tipped plastic things you get at the local dollar store.

When I think of something of the quality and safety that I demand for my girls, Daisy is the only brand that comes to mind.  Any company that has been around over 125 years must be doing something right.  I went through their website, narrowed down my choices among the hundreds of Daisy Outdoor Products and then headed over to Amazon.com.  There I found the perfect model – a pink Daisy Red Ryder BB Gun!

We ordered it right away along with a pack of paper targets and plenty of extra ammunition.  Thanks to Amazon Prime it was in our hands two days later!  I remember my dad telling me that cardboard boxes are the best target stand to have.  They are soft enough that you won’t get any ricochet and slow the projectile down enough that it can’t pass through the back of the box, which made cleanup easier (I forgot to mention that as a kid I regularly had ‘target practice’ in the basement as well)!

I pulled out a set of my safety goggles just in case her aim wasn’t that great.  Hopefully the wooden fence would provide enough of a barrier to protect the neighbor’s yard!

We took the time to learn how to aim, how to properly squeeze the trigger and other gun safety lessons (DON’T POINT IT AT DAD!).

Pretty soon it was time for action!  She slowly aimed, focused her thoughts and breathing and took her first shot!

She was hooked! A couple more shots and she registered her first score!

And sure enough, dad was right!  The box held all the spent shot!

I have to say I was very pleased with the ease of use of this gun (even if it was a little hard for her to cock the weapon).  A nice feature that my old one never had was the ability to see your ammo through a little window to confirm it was loaded and ready to fire.

What does mom think of her little girl firing her first gun?  Well, let’s just say what she doesn’t know…won’t kill me.

I encourage you to consider the entire line of outdoor products from Daisy.  They even have slingshots!  You can learn more about them, their history and future products by following them on Facebook and Twitter.  Also check out #bb4me for some other great Daisy experiences!

One last thing.  While we do have frogs in our yard (actually toads), per my instruction they are not to be used as targets.  The frogs are safe.

Note: No frogs were hurt during the making of this post. Well, not in the past 30 years…

12 comments on «The Frogs Are Safe»