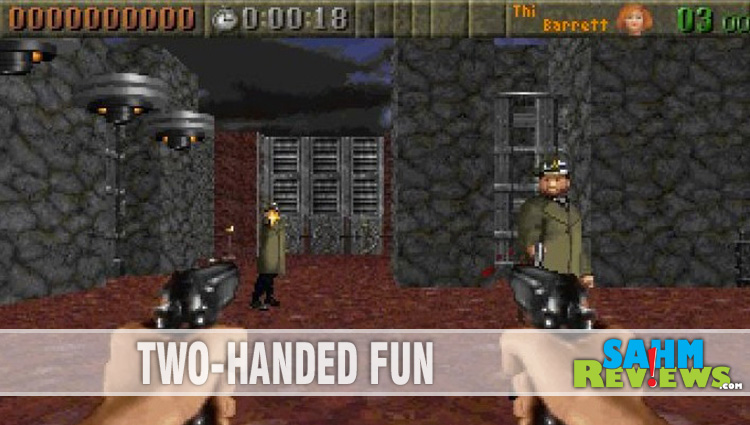 I’ve Been Shot…Oh How Unsurprising!

During the past month, I’ve been learning how to play Call of Duty Modern Warfare. One of the things I asked for when I had my birthday earlier this month, was to play COD MW on the XBox 360. Well I got my wish! After everyone but my friend Brian left, I played until early in the morning hours. I have been wanting to learn how to play first person shooter games because they are so different and require different skills.

So when I was asked to try out Rise of the Triad app for the iPhone/iPod Touch I was up for the challenge. I admit I feel like I failed this challenge though since I struggled to get through any more than 4 minutes of this game without dying. That, however, is an ‘I am not the best first person shooter game player’ problem. I’m still working on the learning curve. Seems I have a habit of rushing so close to the buildings that all I am able to see are the buildings. See, that’s my problem in Call of Duty as well; I run to the wall and then have to back up. I just tend to go too fast through the games that are set up like this. Guess that is probably why my friends laugh at me when I try first person shooter games.

I should tell you that the best part of the game is the ease of control. You use both your index fingers, one to move your person as well as looking around and one to shoot. If you look at the screenshot I took of the game, you can see the red X which is where you tap or tap and hold to shoot. The circle on the left is for vantage point – a scrolling pad that you use to walk around and look up and down.

Another great feature is that you can choose from multiple characters who each have different abilities. I chose to be Lorelei Ni, who seems to have the ability to run fast! Maybe I need to pick a character that doesn’t like walls so much.

I hope even with my difficulties of first person shooter games you will try this game and let me know how you did! I can’t wait to beat my personal best of 4 minutes before dying!

This game is no longer available at the App Store but you can check out some of the other Mobila apps such as Tyrian.

For more information on this game, including news, screenshots, features and more – go to Mobila Interactive’s site and have a read. There is also a really awesome video of someone playing the game so you can see how it works.

View all posts by Mel →

2 comments on «I’ve Been Shot…Oh How Unsurprising!»