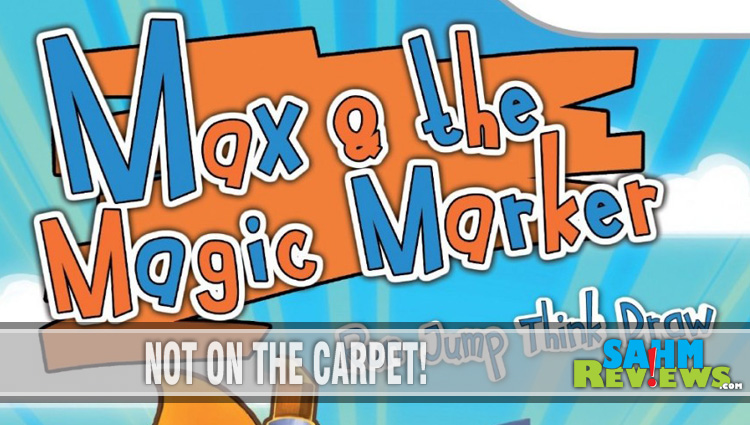 Magic Marker on my Computer

Despite enjoying to write, I’m actually a math geek by trade. Accountant to be specific. So my brain enjoys things relating to numbers – math in general, spreadsheets like Excel, money, calculations and puzzles. When I was a kid, I enjoyed jigsaw and logic puzzles. As I’ve gotten older, it’s been enjoying things like Sudoku. When PC games came out, I gravitated to ones like 7th Guest and 11th Hour. Whenever I took on a new challenge, I would play the game endlessly until I had completed it. One puzzle after another. It was an addiction.Yeah, I’m like that. I get engrossed in things. It’s part of the whole accountant thing. Details are crucial in accounting, but in casual life often become my enemy. Games and puzzles are loaded with little details that keep me going back for more and more. 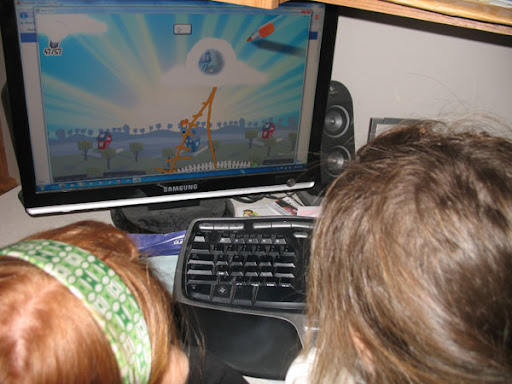 When I was first introduced to Max and the Magic Marker to review, I thought it would be a great game for the kids. With no disrespect to Max and the Magic Marker, it is basically new-age Line Rider. In a nutshell, using a magic marker, you draw your way through various obstacles. Come upon a cliff? Use the magic marker (controlled by your mouse) to draw yourself some stairs. Or maybe a stack of boxes. Or even a ladder. If there’s enough ink in the marker and you want to go really high, draw a seesaw, stand on one side then drop a boulder on the other. There isn’t really one right answer but rather a general principle required to move to continue on the journey. Although it is based on physics, I figured the kids would be able to solve the majority of the problems… it might just take them more time than an adult or older child. 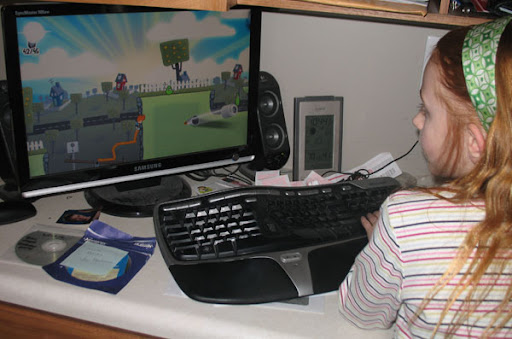 Miss M, who is currently in 1st grade, took to it quickly. Took her no time at all to figure out how to draw different pictures. She tried a variety of things and caught on much quicker than I realized. I was amazed to see that she grasped the physics of many of the situations so well. For example, there’s an area where you need to play whack-a-mole. The first time through, she dropped boulders on them as they popped up. The next time that I saw her do it, she had created a ball around herself and did a hamster roll across them… much faster, less drawing, more accurate. Very insightful. 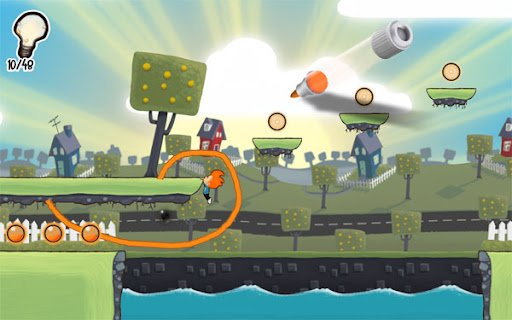 Now here is the interesting part. Okay. Not interesting, more like pathetic. I tried the game out and found it totally addictive. Like I would sit down to play under the guise that it is “research for a thorough review.” And two hours later, I would find myself still… uh-huh… “researching.”

Maybe it is because that game is not just about physics. It is about creatively thinking up a solution. As I said before, there are many answers to the same problem so your imagination is your best asset. One unique aspect of this game is that you can step out of the active mode into a story-board mode so you can create just the right shape without the environment effecting it. Trying to create a sled to cross a set of moving wheels is difficult if the sled leaves without you. So you transition into the storyboard (by pressing the space bar), then draw the sled around you. When you press space bar again, you return to the moving world and the sled… if drawn correctly… carries you along to the other side. 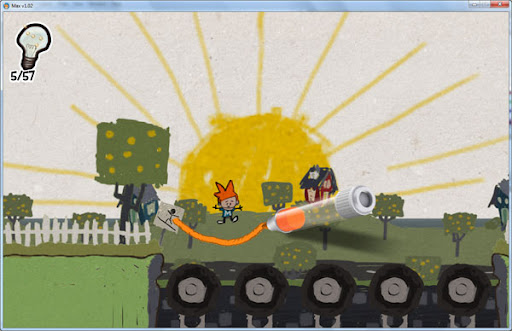 There have been a few situations where just jumping, clicking into the drawing mode, drawing a line to land on, returning to the game mode and repeating have been the easiest method for accomplishing the goal. Unconventional? Yes. Necessary? I don’t know. Does it work? Yup. So I’ll keep trying it.

Plus, there are several twists to the game. You work to acquire all the designated ink splotches. Bright orange splotches represent more ink for your marker. However the bad guy, Mustachio, regularly sucks the ink out leaving you searching for more splotches to have just enough marker to accomplish a specific goal. The game also includes some bad guys to avoid or drop a block on. 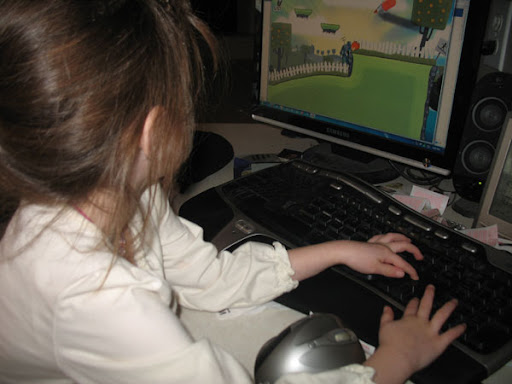 While the entire game is pretty fun, addictive and thought provoking, there are a few things that I find a little difficult. The main is the pure nature of the controls. In every game that I can think of that requires jumping, the space bar is the jump. Not in this one. It’s the up arrow. The kids handled the keys pretty well but my husband and I both had trouble getting used to it. We would go to jump, press the space bar out of habit and find ourselves frozen in the drawing mode. It didn’t cause our avatar any harm, it was just annoying.

The other thing that was a bit frustrating is that the game crashed on me a few times. I think I was just trying to run it in a window while running too many other things in the background. 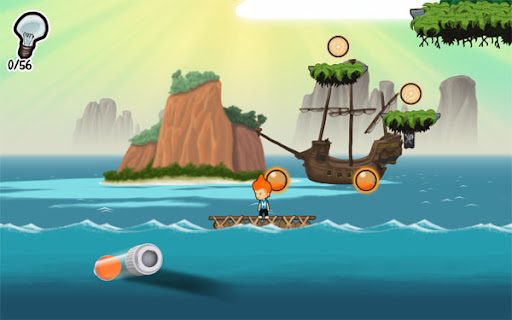 Finally, when a new scene loads, a load screen displays game ideas/hints. Fast load time is good but it would be wonderful to be able to access those hint screens from another location.

My dislikes of the game are very trivial considering how much entertainment the game has rendered. I’ve played it for more than a few hours, as have the kids and DH yet we’re only about 20% done with the game on each of our individual profiles. Which reminds me, there are three profile slots to allow for three different players. In our case, DH has one, I have one and the kids have the third.

Overall, the game is a lot of fun. If it sounds intriguing, stop by the website where you can read more or demo the game, check out the fan page on Facebook or find it on WiiWare by searching titles and typing in Max.

And if your kids want to draw with magic marker on your computer, make sure it’s Max and the Magic Marker.

7 comments on «Magic Marker on my Computer»