I absolutely love receiving products in the mail to review, but every once in a while something arrives that isn’t exactly suited to my girls. They’ll play with almost anything I give them so it’s usually not that big of a deal. But when a package arrived from Team Mom before Christmas and included a K’NEX playset, I knew there were better options. DH immediately recommended our friend, Andrea, who has two children firmly placed in the targeted age range. 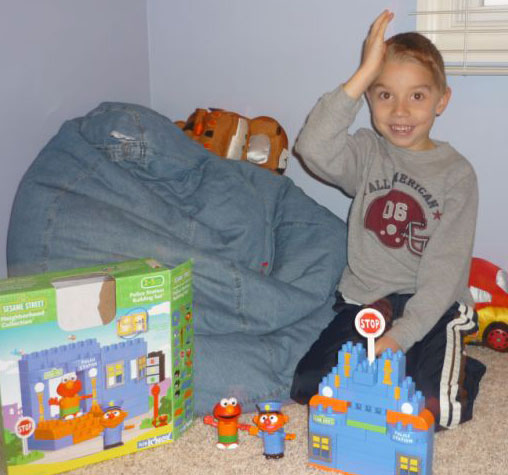 When I had some free time, I made a stop at Andrea’s house to deliver the package and see if she would be able to provide me with some age-appropriate commentary on the Kid K’Nex Neighborhood Police Station set. As Andrea and I spoke about it, her son, Jack, waited patiently for his mom to tell him about the package sitting on the kitchen counter. Andrea later said:

“My kids were so excited, of course, to see that a new toy was here for them to play with. While Jack being 5 years old was skeptical about the Sesame Street theme of the new blocks, it didn’t stop him one bit from tearing into the box to start building. Abby, my three year old, was just as excited to see some new blocks had arrived as she is very into building too. 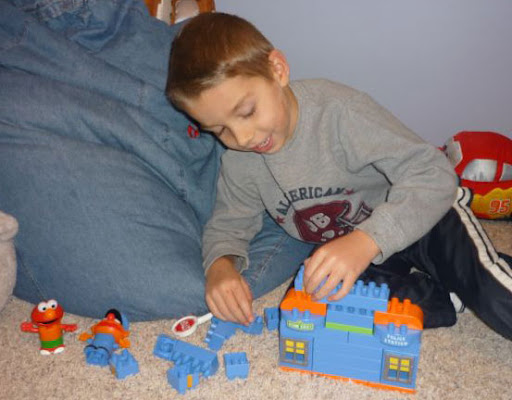 Even Emma’s attention at age one was sparked by the adorable little Elmo and Ernie figures. They liked having instructions for building something specific, but also enjoyed how they could build whatever their imaginations led them to as well. I loved the fact that the blocks easily fit onto all of the Duplo blocks we already had. No matter which way you put them, they all coordinated with one another. So, it wasn’t a huge crisis when they got mixed into the bin with all of the other blocks we already own. It is nice that the colors are slightly lighter, so the kids could easily pick them back out when they wanted to. Overall, a big hit with the kids. You know you have a good product when a 5, 3, and 1 year old all can get enjoyment out of one toy!” 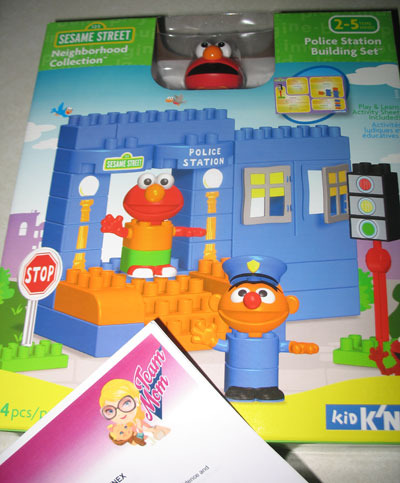 When I spoke with Andrea and her husband after they had a chance to try it out, they said the kids loved it. Originally, they had concerns about whether the blocks could be mixed with other sets but when they realized they could all be combined, they were delighted. It’s hard enough to keep things organized but when you have similar products that don’t, well, play nicely together it makes it even harder. Kudos to K’Nex for making these blocks versatile enough to work on their own or be incorporated into a larger design limited only by the child’s imagination.

A variety of styles and themes of Kid K’Nex sets are available from Amazon or your local retailer. For more information about K’Nex products, stop by their website, become a fan on Facebook or check them out on YouTube.