When DH was growing up, he carried the title of “Army Brat”. While his parents weren’t in the Army, they were civilian military which often meant being stationed somewhere new every few years.Whether or not he was a brat when he was a kid, I can’t say because I didn’t meet him until college. Mischievous, yes. Brat, probably not. But that’s not the point of this post so I digress.Germany was among the places that he called home for an extended period of time. They lived there for 4 1/2 years so they had plenty of time to incorporate some German customs into their lives. While Christmas shopping a few years back, DH stumbled upon chocolate Advent calendars. He immediately added them to the basket and said he would like them to become a family tradition for our family. He said it was reminiscent of when he lived in Germany – that’s when his family started the same tradition.

If you aren’t familiar with Advent Calendars, here’s the basic premise. Each day from December 1st until December 24th, a person opens a window on a cardboard calendar to reveal a piece of chocolate. Chocolate. Every day. What could a kid love more than that? It’s something to look forward to every day and it helps build-up the anticipation for Christmas in a very controlled way. 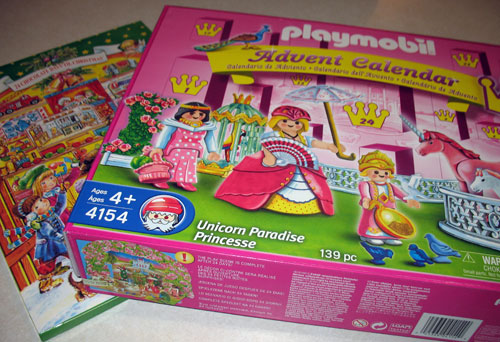 I agreed and ever since then, we’ve been buying these calendars for our girls. Well, enclosed in a MomSelect (BSM Media) Holiday Preview Pack that I received on December 1st, I found an Advent calendar that will give the chocolate a good run for its money.

Playmobil came up with an Advent calendar that includes a toy. Every day. From December 1st through December 24th. Holy cow. 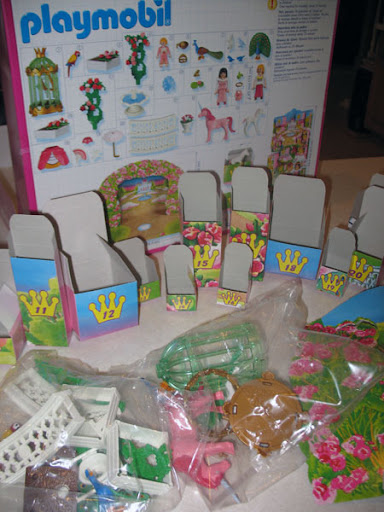 The cool part is that they aren’t just random toys. They build a scene. The package we received is the Unicorn Paradise Princess package. On day one, a bird cage. Day two, a bird for the bird cage. People, accessories and even animals. By the end of the 24th day, they’ll have an entire Playmobil set to use. 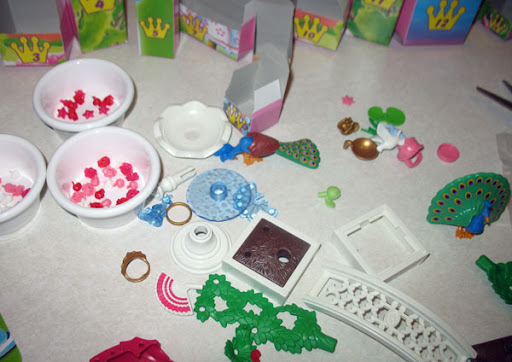 It’s a great concept but it isn’t quite as simple as opening the door to the cardboard box and finding chocolate. It’s much more detailed. This one requires assembly. A lot of assembly. The box says “Time Required for Assembly: About 25 minutes.” That’s a bit of an underestimation. I know because I set the timer to see just how accurate the box was. That sounds silly that I set the timer but I had my reasons. Partially out of curiosity, but mostly because upon looking at the quantity of pieces, I figured there was no possible way that I could complete it in “about 25 minutes.” I was right, it took me exactly double that.

The set comes completely disassembled but the box shows all the items that it contains and which boxes to put it in. Since this information is on the bottom of the box, unless you want to spoil the surprise for the kids, don’t let them see the box. (Or if you’re doing a blog post, don’t leave the pictures open on your computer…) 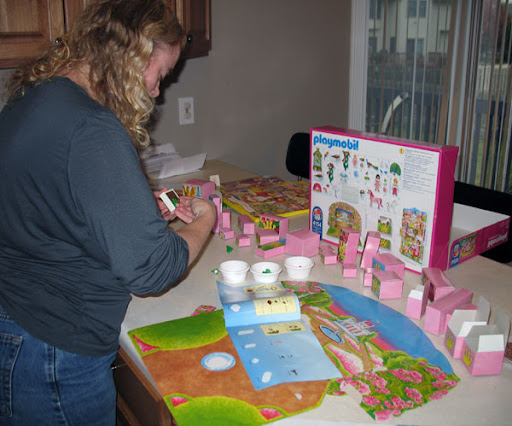 Now, about the assembly. Not only do you need to open a multitude of tiny pieces, but you also need to unflatten the 24 boxes that will contain the daily treasure. After that, you put together all the things that belong in each daily box. For example, the bird cage that I mentioned before – it was actually 4 pieces. The cage, the swing, the top and the door. Doesn’t sound like much, but when a few of the items contained flower buds and each had to be individually placed on the stem. When you have to sort through the 139 pieces included in the box, it sure seemed like 3000. Once you complete that daunting task, it gets easier. The treasures get sorted into specific boxes that are sized to fit the item(s) perfectly. The horses/unicorns even come with their heads hanging low so you don’t have to adjust them to fit them in the box. At least that’s helpful. If I could make one recommendation to Playmobil, it would be to make trivial items like flower buds part of the stem mold. 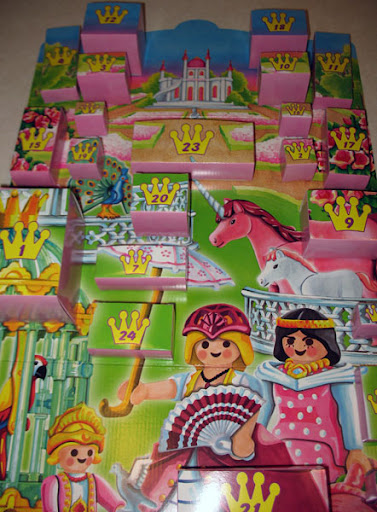 Finally, you attach each of the individual 24 boxes onto a board in their designated spot. Although it is pretty fool-proof, it is very tedious. The final product, however, is far more interesting than a standard chocolate Advent calendar.

The reality of it all is that it ONLY took me 50 minutes. Not even an hour. Less time than it takes to watch a television show. The end result is a product that the kids will get to enjoy opening. Plus, the set is usable until they outgrow it. As of today, my girls have opened 5 days worth and are very excited about it. Yesterday, Miss K asked if her Polly Pockets could play with the stuff they’ve been opening. 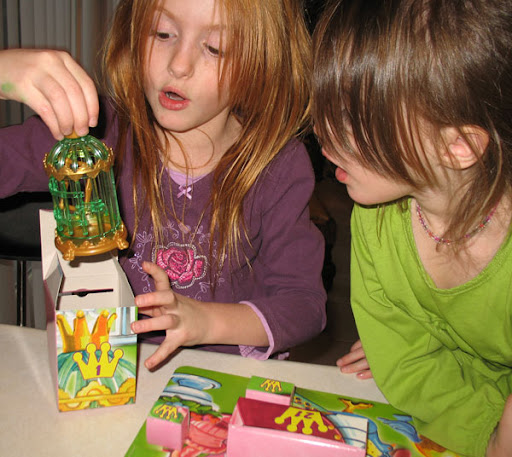 Honestly, it’s too late to purchase one of these for this Christmas, but I do think they are very neat. I’ll be marking my calendar to look at getting one next year. If I do purchase it, I’ll be sure to allocate more time to put it together though. I’ll also know going into it that the box recommendation is not very accurate for how long it takes someone my age to assemble all the small pieces.

After seeing the final product and how much the girls really liked the idea of this build-up toy model, I realize it’s totally worth the time spent to assemble it.

The only real caveat I have is the age range. On the bottom end, there are small pieces so that needs to be considered if you have small kids. On the upper end, if your child isn’t going to sit and play with the Playmobil set once it’s put together, then maybe a chocolate calendar is a better idea.

The Playmobil Advent Calendars come in a variety of themes for both boys and girls and are currently priced on their site at $16.99 (actually, they are on sale so they are a little cheaper than that today). If this sounds like something your kids would enjoy, I highly recommend that you make a note on your calendar to check Playmobil next fall so you can start this new tradition with your kids… the calorie-free way.