Home / Recreation / TV/Video / What We’re Watching: For All Mankind on AppleTV+ 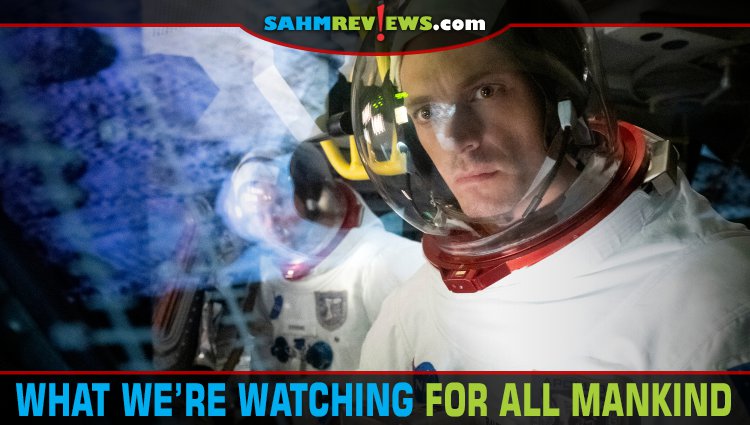 What We’re Watching: For All Mankind on AppleTV+

Do you ever have one of those moments when you find different aspects of your life converging in an unexpected way? I did when NASA recently announced the newest class of candidates to become astronauts. The timing of this was unbelievable as Scott and I had started watching For All Mankind on AppleTV+ only a day or two prior to that.

We enjoy finding new (or new to us) shows to stream and have happened across some great ones like Ted Lasso on AppleTV+, Sweet Tooth on Netflix, Big Shot on Disney+ along with several Star Trek series on Paramount+. That’s only a sampling of the long list of shows across multiple paid and free streaming services. How he happened upon For All Mankind is beyond me, but he did. And I’m glad because the series is amazing. It’s about how the world would be had the Space Race played out a little differently.

For All Mankind is a work of fiction, but the story is built on a lot of historical facts such as the role of women in NASA. I had no idea there was a group of 13 women who were undergoing testing and preparation at the same time as the Mercury Seven. Thanks to this show, I’ve learned a lot about the history of space exploration and its trailblazers.

The series released in 2019, but we just started watching. We’re several episodes into it and I simply want to binge them all to see what happens next. I want to know about the advancements, achievements, people and even politics of this alternate reality. One thing is certain, the Space Race timeline we know (or at least SHOULD know) is completely out the window. Even when we were only a few episodes in, I had already lost count of how many times we were Googling to see if something was true or not.

But let’s circle back to why this hit home for me. First, Scott’s mom lives in Huntsville, Alabama, a city renowned for its space program. We actually attended Family Space Camp where we had the opportunity to participate in simulations and tests while learning what life is like for astronauts. It was incredibly memorable and made me think the girls would want to go into some kind of scientific field or study space exploration.

One of the show’s main characters is Wernher von Braun who served as the director of the Marshall Space Flight Center and was a chief architect on the Saturn V project. Not only did I tour Marshall Space Flight Center during a trip to Huntsville a few years back, but I stood atop the S-1C Static Test Stand which was used to test the Saturn V in 1965-66. It’s likely I walked the path of Wernher von Braun himself and hadn’t even thought about it… until we watched For All Mankind.

During my trip to Marshal Space Flight Center, I witnessed first-hand the operation center where communication with the International Space Station happens along with a multitude of other around-the-clock monitoring occurs. For All Mankind takes places in a variety of settings including a command center that looks much like this. It, too, was the place where communication happened between Earth and the astronauts. Until watching For All Mankind, my vision of this command center was limited to movies and clips surrounding “Houston, we have a problem.”

Additional plotlines follow both the personal and professional lives of the staff and crew as well as the personal lives of family left behind. We learn about the unspoken rules of the families while their loved ones are in space. We also are reminded that following orders means you do what the commanding officer says regardless of what you think or how you feel. While For All Mankind is a glimpse into what might have happened if the Space Race took a different turn, these types of family and work dynamics and concepts are likely pretty spot-on. And that makes the show even more entrancing. Whether you’re a fan of historical dramas, science fiction or simply a great story, watch a couple episodes of For All Mankind on AppleTV+.

Do you enjoy learning about history through TV shows?

22 comments on «What We’re Watching: For All Mankind on AppleTV+»