Nicole spied a welcome site the other day – a garage sale sign! Garage sales used to be one of the places we’d find inexpensive and unique games on a regular basis. Because we live in an area with an active military base, the Rock Island Arsenal, residents around here have lived all over the world. That means there is a good chance they’ll have games which weren’t available in Iowa (I’m referring to pre-Amazon days). Thanks to COVID, yard and garage sales haven’t been a thing this year.

This sale was predicated by the fact the residents were again moving and they took all the precautions they should with masks and social distancing. We’re happy they did as we found a couple games for only 50 cents each! First was an unopened copy of Take the Train, a card game we found at thrift six years ago. The other is today’s Thrift Treasure find – Kaboodl by Mattel! 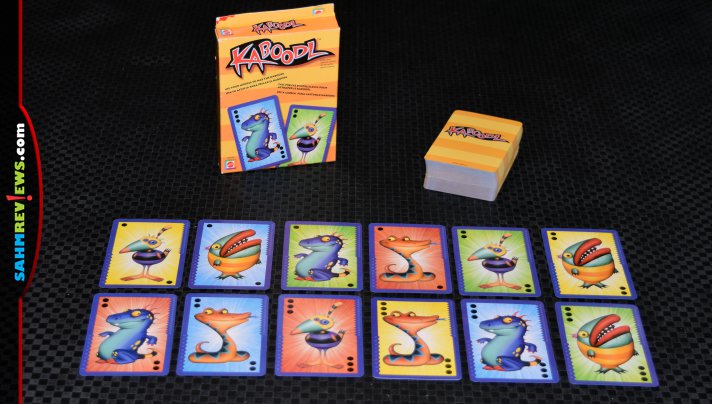 Kaboodl is a card game for up to six players who are trying to collect as many of the twelve Kaboodl cards in the center of the table. These cards are placed there during setup and feature colorful images of odd animals with a different colored background and varying number of dots. These three variables are what players will be focused on. 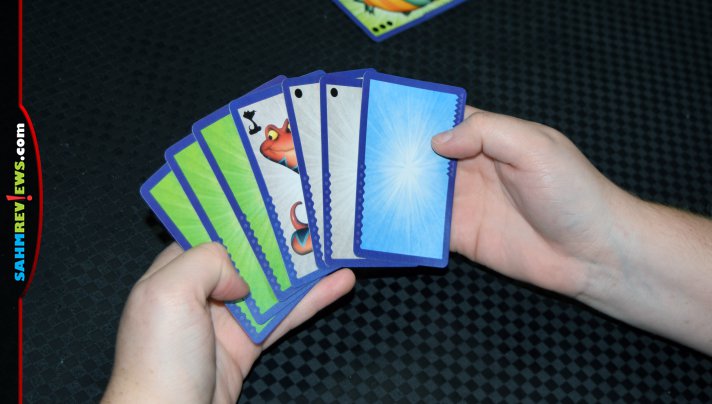 The rest of the 91 cards are shuffled together to form a draw deck. Seven cards are dealt to each player to begin the game. On a player’s turn they will draw as many cards as needed to get them back up to a hand size of eight. Then they will examine their eight cards to see if they can play a set of three that match one of the Kaboodl cards. Each card depicts only one of the three variables – the animal, dots or color. In order to collect a Kaboodl card, you must play three that match the three on that particular card. 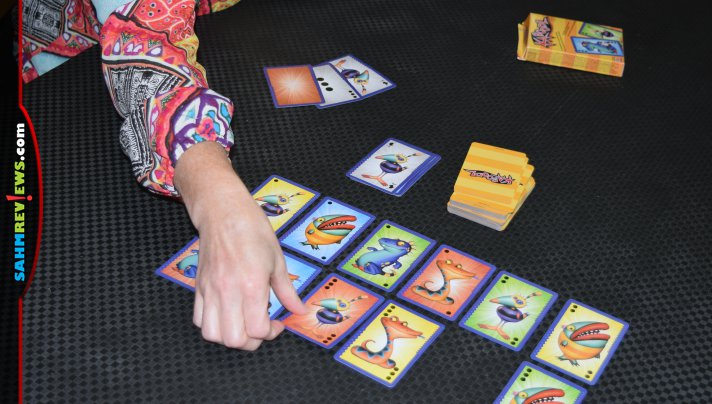 You can collect more than one Kaboodl card if you have the matching cards in your hand to play. But you must discard one from your hand at the end of your turn, so you may need to forfeit collecting in order to be able to complete your turn. Wild cards may be played as any of the three variables and you may play more than one at a time to collect a Kaboodl. 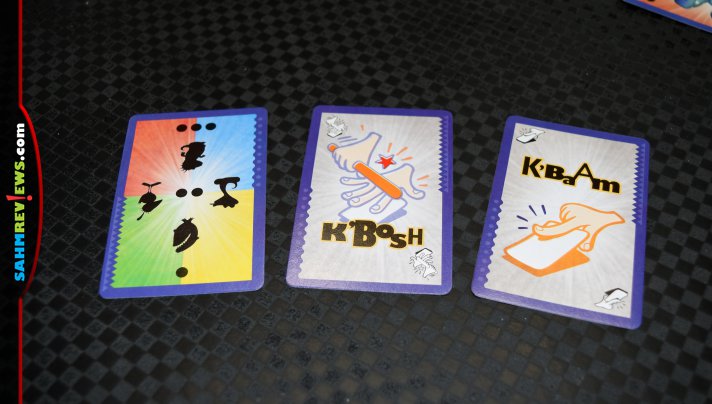 Playing a K’baam card allows you to steal a Kaboodl from another player while the K’bosh card blocks them from stealing from you. If you cannot collect any Kaboodl on your turn, you can discard as many cards as you like and then draw back up to eight, completing your turn without taking any other actions.

Once the last Kaboodl is captured from the center of the table, the game ends immediately. Players receive five points for each Kaboodl they have collected, regardless of the type. Five bonus points are awarded for each 3-of-a-kind you have (animals, dots or colors), and ten points for any 4-of-a-kinds. Subtract one point for each card left in your hand at the end of the game and the player with the most overall points is the winner!

Advertised for ages 7+, we feel this should be recommended for ages 5-8. It won’t hold the attention of adults very long, but should appeal to that younger demographic. Originally issued in 2004, Kaboodl is not available at retail. You can find plenty of used copies on eBay, but your best bet is to keep an eye out for a good copy at thrift or a local yard sale.

What is your best game-related yard sale find?