We’ve always professed our preference for Star Trek over Star Wars. Even though we both saw the original Star Wars in theaters in 1977, it’s probably the fact that Star Trek has had numerous television series over the years that made it our favorite. Not the “Original Series”, but everything from The Next Generation through Voyager became a topic of conversation. This love of all things Trek has certainly flooded over into our board game hobby. It’s not uncommon to see our game night bag filled with a version a Star Trek Fluxx, Galactic Enterprises or even Star Trek Panic!

At times, our discussions about Star Trek revolve around the teleporter. It’s been a fixture of almost every series, with the exception of ST:Enterprise which took place before its invention. A number of episodes featured a plot line involving some sort of teleporter malfunction. On Star Trek: Voyager, security chief Tuvok and head chef Neelix are transported from an alien planet with some plant samples. The plant causes the transporter to fuse Tuvok and Neelix into a single being. The new lifeform, called Tuvix, is accepted by the crew until a process is discovered to separate Tuvok and Neelix, essentially destroying Tuvix.

In TOS episode “The Enemy Within,” a transporter accident creates two Kirks. The problem starts when Kirk is among an away team on a distant planet’s mining colony. He beams back to the ship with some magnetic dust on him. The dust creates two copies of anything sent through the teleporter, including an alien dog. The Enterprise finds itself with one “good” Kirk who’s incapable of making decisions, and one “evil” Kirk with vicious intent. The crew struggles to find a way to reunite the two in time to rescue an away team on the planet’s surface.

On the “Drone” episode of Star Trek Voyager, Seven of Nine and the holographic Doctor unwittingly create a new lifeform, and it could destroy the Galaxy. During a transport, Seven’s nanoprobes fuse with the Doctor’s holo-emitter, creating a Borg Drone with advanced technology. If the Borg drone isn’t destroyed, it could overwhelm the universe.

These are but a couple of the dozen+ examples of teleporter-related catastrophes from the Star Trek world. The common thread is the merger of one or more items being transported. That’s the theme behind the brand new card game by Gravitation Games, Please Fix the Teleporter! 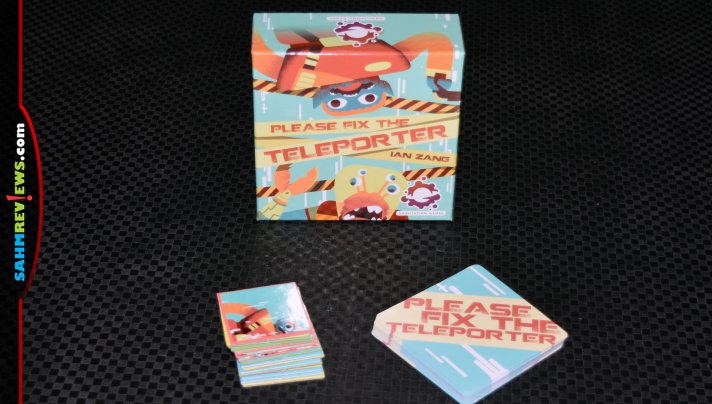 In this speed-based card game, you and up to three other players are teleportation specialists trying to unscramble a teleportation beam containing Captian Gerf and his arch-nemesis, Emperor Korlax. If you can align your transporter to match their scrambled signal, you will prevent their undesirable merger, much like what Neelix and Tuvok went through! (Gerflax?) 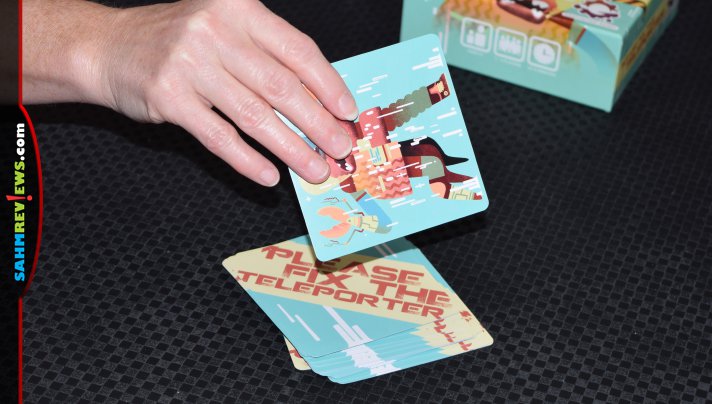 Included in the Please Fix the Teleporter box are 24 cards and 16 tiles (four double-side tiles per player color). Each player takes one set of tiles while the cards are shuffled and placed face-down in the middle of the play area. The oversized square cards depict a scrambled image made up of parts of your Captain and his enemy in various positions and configurations. Your job is to use your tiles to quickly match the signal and before any of the other players do the same. 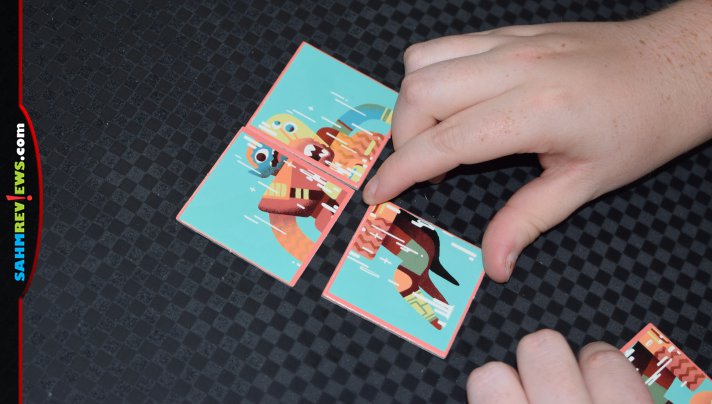 One card is flipped face-up to start the round. Everyone races to arrange their tiles to match the pattern shown on the card. When you believe you have recreated the pattern correctly, slap your hand onto the face-up card. This ends the round and your tiles are examined for correctness. If you matched the signal exactly, take the card into your own personal pile. If you made even one slight mistake, the card is retuned to the bottom of the deck and you must sit out the next round. 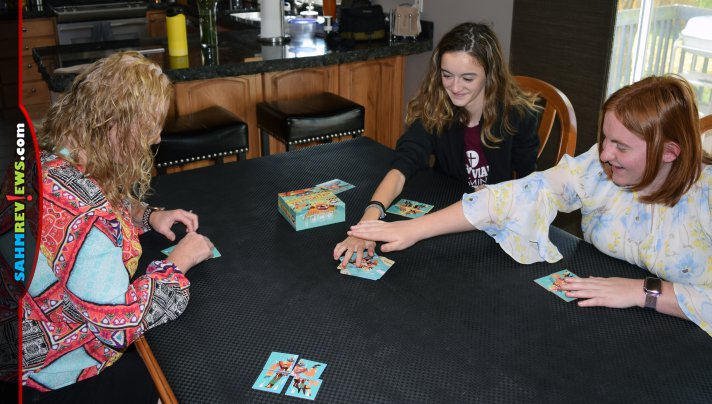 Additional rounds are played in the exact same manner until someone claims their fifth card. That person is the overall winner of Please Fix the Teleporter! There are also solo rules where you will set a digital timer to see how quickly you can complete six cards and receive a rating based upon how quickly you finished! 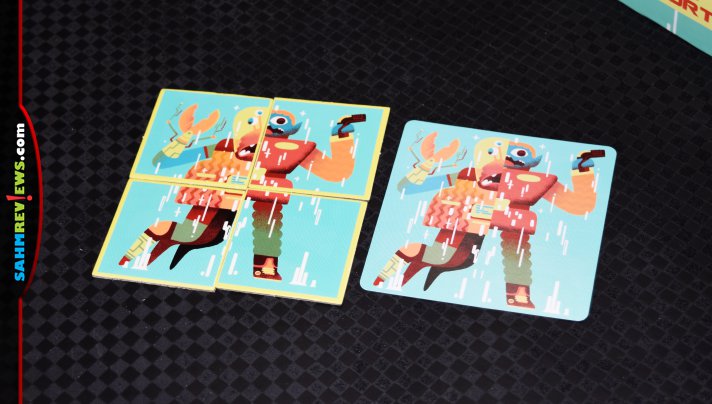 Please Fix the Teleporter can be pre-ordered directly from Gravitation Games on their website or on Amazon with Prime delivery once it releases in early 2021. Gravitation Games is a brand new publisher, with this title being their first product. Follow them on Facebook or Twitter to find out which game will be their second!

Which do you prefer, Star Wars or Star Trek? And why was it Star Trek?