If I were to mention the US Playing Card Company or Bicycle (one of their divisions), you’d probably think of the standard deck of 52 cards. Maybe they’d have a fancy back or custom design, but would still have the typical four suits running from 2 through Ace. And while standard card issues are their bread-and-butter, they sometimes branch out into other games that use cards (of course), and today’s Thrift Treasure is one of those gems. 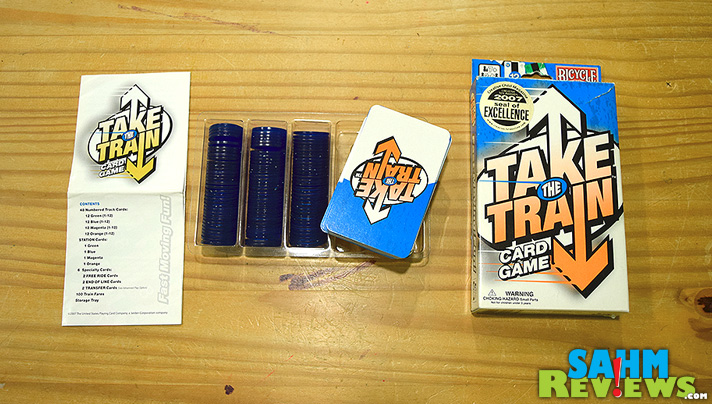 Take the Train is a 2007 Creative Toy Awards “Seal of Excellence” award winner that uses a custom 52-card deck along with tokens to create a subway creation “simulation”. Your goal is to get rid off all cards in your hand before your opponents by helping to build subway lines, but only in a particular order. 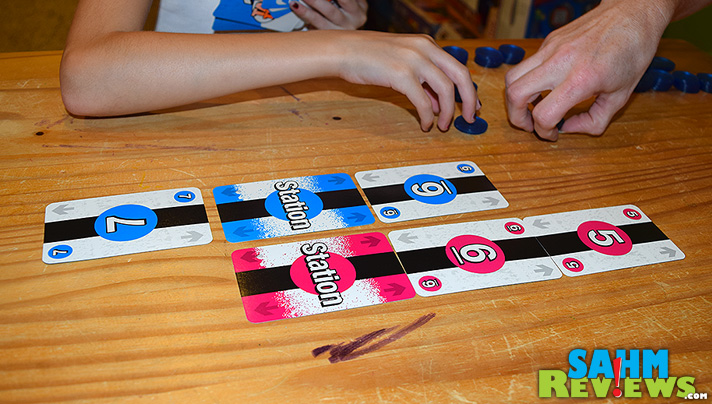 There are four sets of colored cards numbered 1 through 12 and a matching Station card for each line. In order to begin building a subway line, you must first start with a station and then build out in either direction in numerical order. Sixes on one end and sevens on the other start the line, followed by 5’s and 8’s, etc. You can play as many cards as you wish on one line’s direction as long as you have them all in order. 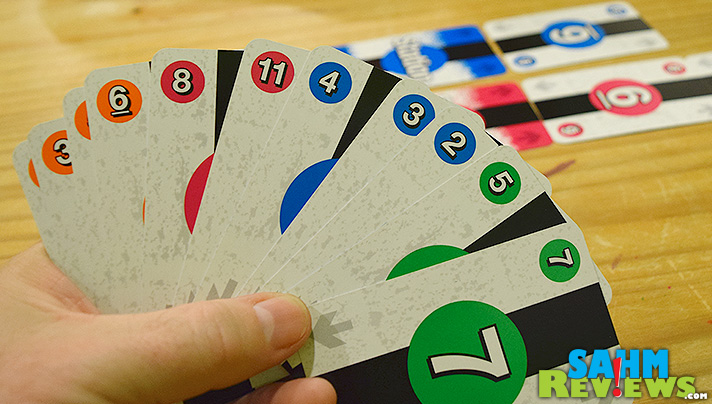 Each player also receives an equal number of fare tokens that they spend if they don’t have a card that plays on their turn. When someone plays their last card, each player pays one token for each card left in their hand to the conductor (bank) and two for each “special card”. This includes the “Free Ride” card which acts as a wild card and the “End of Line” card which stops line building in one direction, forcing you to add it to the other end of the line. There is also a “Transfer” card that allows you to start building a line of a new color without needing a station. Ideal when you have a super-low or high number that you don’t want to wait for the line to build to. 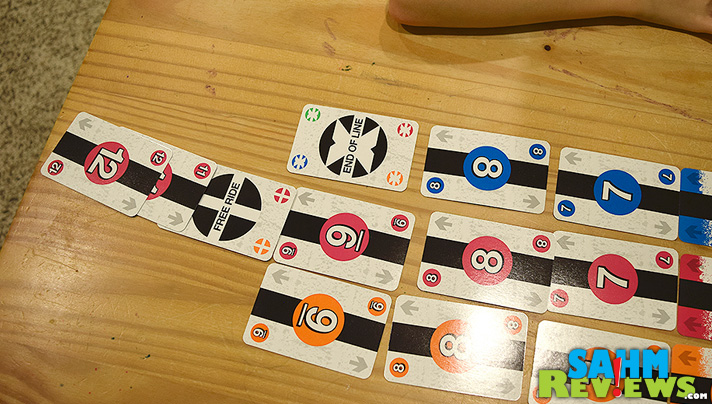 You can choose to just play one round, or multiple rounds until one player reaches a pre-determined total. You can expect each round to last about 10 minutes and a game to 100 to take 30-45 minutes. Rated for ages 7+ and for 2-6 players, it could easily be enjoyed by children as young as 5 with the elimination of the Transfer card (which is the “Advanced Mode” according to the instructions). 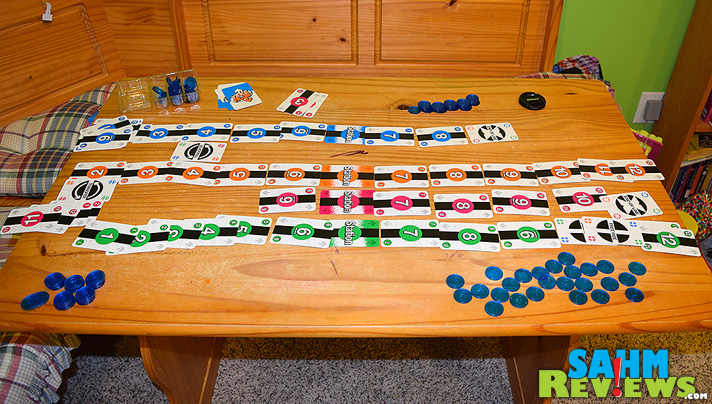 Regularly available on Amazon for well under $10 shipped and perfectly-sized to fit in a Christmas stocking, Take the Train is a quick-to-learn card game that should appeal to any age.

And if you’re in the market for just a regular deck of playing cards, be sure to check out all the cool designs that Bicycle now has on their website or by following them on Facebook or Twitter. They even have super-large print versions for those of us whose eyes are not as sharp as they used to be!