We’re usually pretty good about telling you of new games right after they are issued, or at least shortly after we receive a review copy. Renaissance Man from Rio Grande Games was a little different for us in that it took nearly three months to fully understand the game before we could begin to put pen to paper. We previously introduced you to Rio Grande Games with reviews of both El Caballero and Boxcars, with the latter being named our top game of the first half of 2014! Boxcars was easier to understand and get playing, while El Caballero took a couple reads of the instructions before we jumped into it. Renaissance Man however, for whatever reason, took me a bit longer to grasp. Not necessarily because of the difficulty, but trying to discover the hidden strategies that would lead to a win. 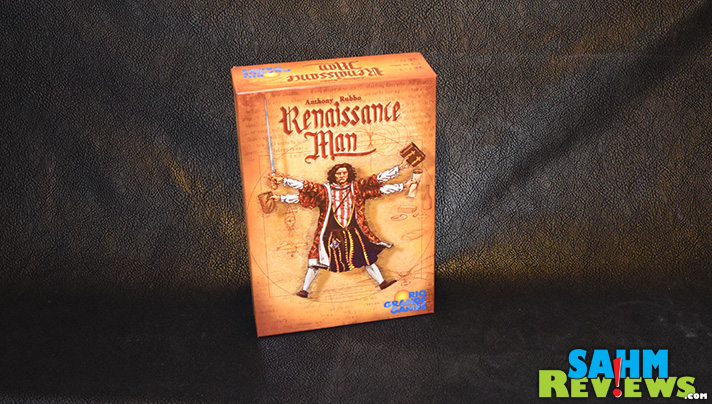 I think we all remember our first game of chess. All those pieces, all those different moves. Usually your dad teaching you (and maybe taking it a bit easy). It would be years until you finally had the grasp of the game to truly challenge him, and then one day you would do it – you would beat him fair and square. Maybe it was luck, but we all reveled in that victory, all that hard work learning the game, studying strategies and losing time and time again finally paid off. The first time I pulled out the instructions for Renaissance Man I felt like I was setting up my first chess game. I had no clue what to do. 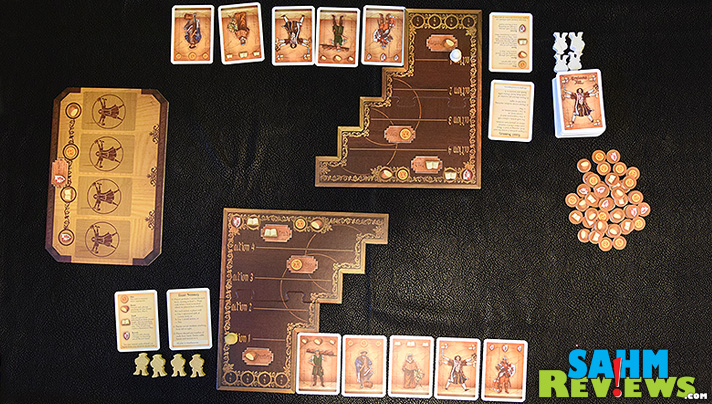 But I really can’t explain why. The premise of the game is very simple – build a pyramid of cards with the first person completing their stack winning the game. You are limited in what you can play on top of the two cards underneath by the symbol on the card. That’s really it – so why was this so hard for me? 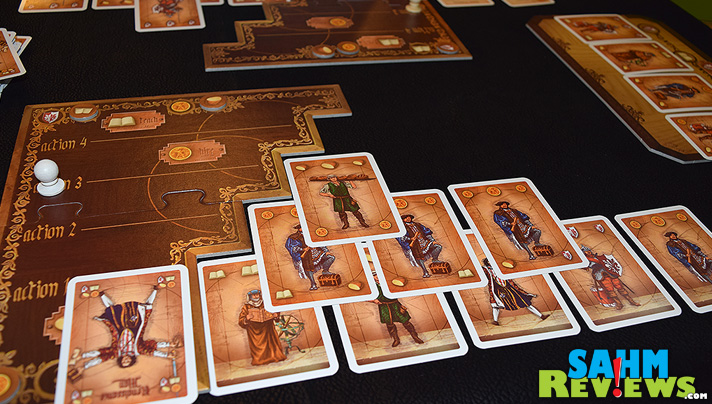 Each person starts with the same five cards, each representing a trade skill. These bottom cards can be placed in any order and are aligned to a heavy-duty cardboard template. On each turn you perform actions depending on what trades you have available (recruit, train, etc.). As you cover up cards to build your pyramid, you lose access to those trades – so unlike many games where you open up more abilities as you progress, Renaissance Man is the exact opposite. The further you go the harder it gets because you only have access to a limited number of actions. 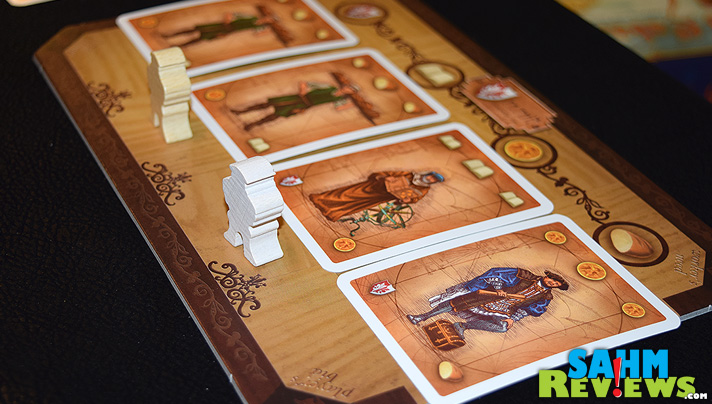 You hunt for matching cards to build your pyramid by recruiting (shown above), learning trades and saving up for a Renaissance Man card (wild), or by discarding and replacing from the deck. If you start building and feel you have chosen the wrong path based upon the cards available, you can remove any amount of cards from your pyramid and build anew. And this is where I was flummoxed. So many paths to build, which one was the best? Turns out, there is no right answer – it all ‘just depends’.

To help me better understand the game, I did come across a video from GenCon 2013 where the game debuted. If you’re interested in seeing a full play-through, check this out.

Advertised at 30 minutes and for 1-4 players, make sure you set aside a good hour for your first few games. Once all players have a hang of the rules, you’ll be able to get in a game in 30 minutes with no problem. Another very unique feature of Renaissance Man is the inclusion of rules for solo play! This ability to play the game on your own when you can’t find willing opponents is definitely a nice bonus, one we wish more games had.

And what did all this research about rules and strategy get me? Another loss. Maybe one day, after practice and studying I’ll be able to revel in a victory over HER! 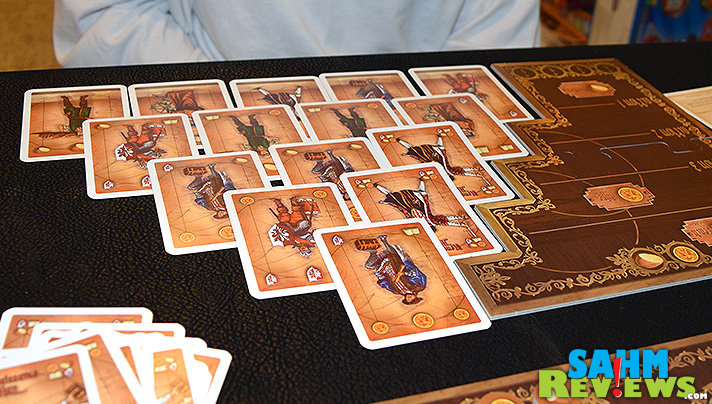 Just like Boxcars and El Caballero, Rio Grande Games continues to offer very high quality parts and pieces in this game. When you pick up a piece and think “wow, they really didn’t need to make this part so beefy”, you know they have pride in their product.

With a suggested retail of $34.95, you can find it on Amazon right now for under $28 shipped! Be sure to check out their website to see their entire current catalog. If you see something you’d like to see on SahmReviews, be sure to drop them a line and tell them! 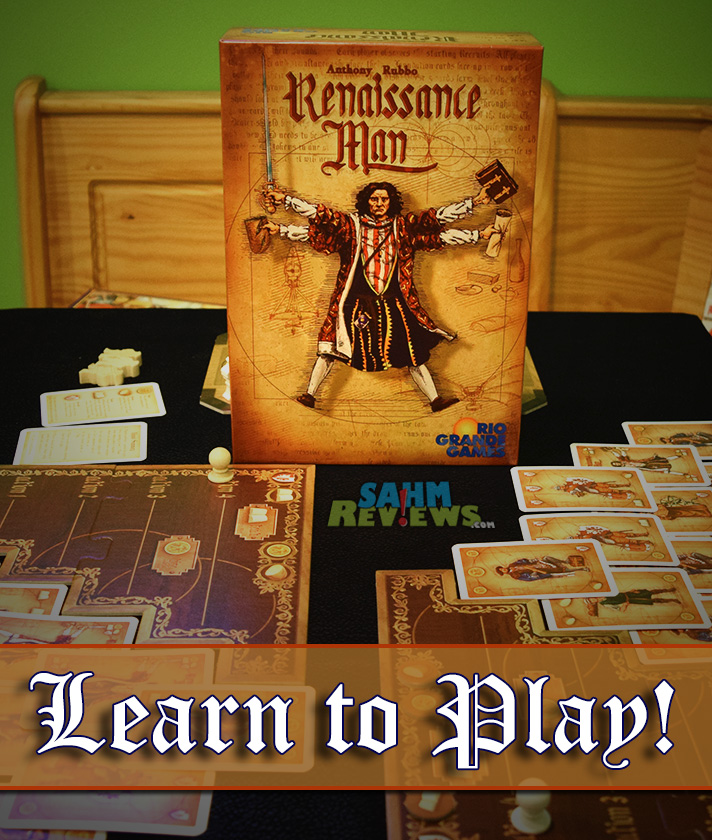