A popular type of game that we’ve really been enjoying as of late are advertised as escape room games. While you’re not physically locked in a room, you are trying to solve a series of puzzles with limited clues and hints. We have a couple favorites – the Exit series by Thames & Kosmos and the Unlock series by Space Cowboys. And when we’re looking for a deeper detective-like experience, Detective by Portal Games is the one that gets played at our house.

The one drawback with all of these is how long they can take to play. The more difficult the puzzle, the longer you’ll be arguing discussing the clues with your teammates. It’s no exaggeration that we’ve spent more than a couple hours trying to solve just one of the challenges. Needless to say, while we’re usually successful, our scores haven’t been that high. 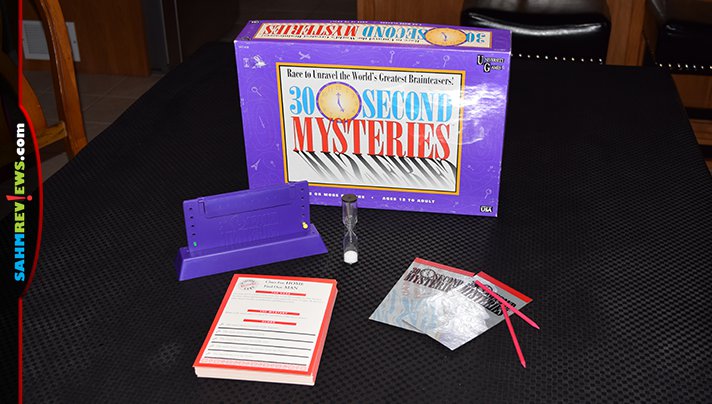 This week we found a game at thrift from the mid-90’s that might be a good solution for when we’re trying to scratch that puzzle itch. 30 Second Mysteries by University Games is a cross between a deduction style challenge like the ones mentioned earlier and a trivia game. Using a set of clues you are trying to determine the answer to the mystery before the other team does. 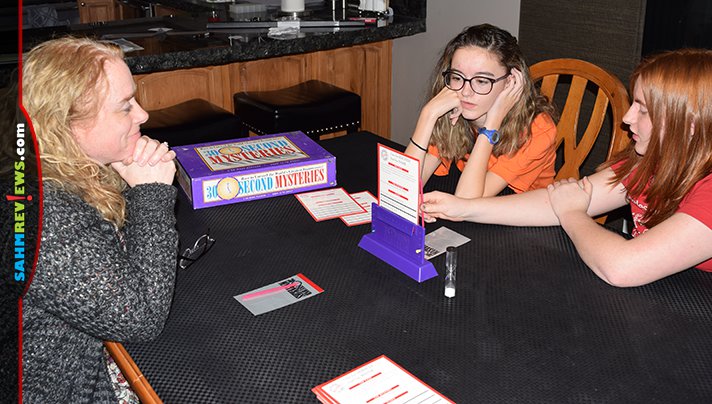 30 Second Mysteries is played with two or more players forming two teams that sit across from each other. In the middle of the play area is an assembled stand that will hold the current mystery card for either team to see. On the card is a paragraph about the Case, the Mystery that must be solved and a set of clues. The Case and Mystery are the same for each team, while the clues differ for each. 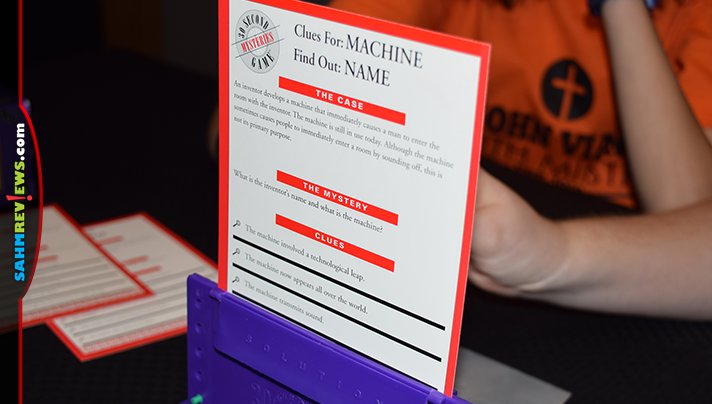 To start play, a Mystery Card is inserted into the stand all the way to the bottom so only the Case and Mystery are visible. These are both read out loud and then the card is slid upwards until a thick black line is seen, revealing the topmost Clue. Both teams read their clue to themselves and then the included 30-second timer is flipped over, with the first team having that amount of time to ask the other team a question. The time is then flipped over again and the second team may ask a question of the first. Both teams must answer the question truthfully to the best of their ability. 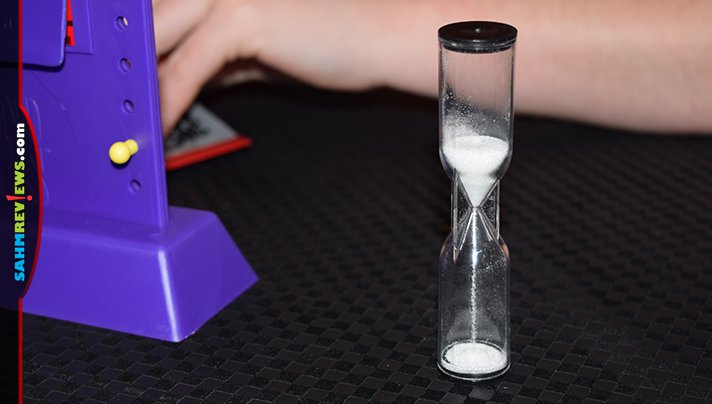 Teams continue to reveal one clue at a time by sliding the card upwards and then asking a question of the opposition. Instead of asking a question, a team may elect to try and solve the mystery. After announcing their solution, both teams lift the flap on the stand marked “Solution” to reveal the correct answer. 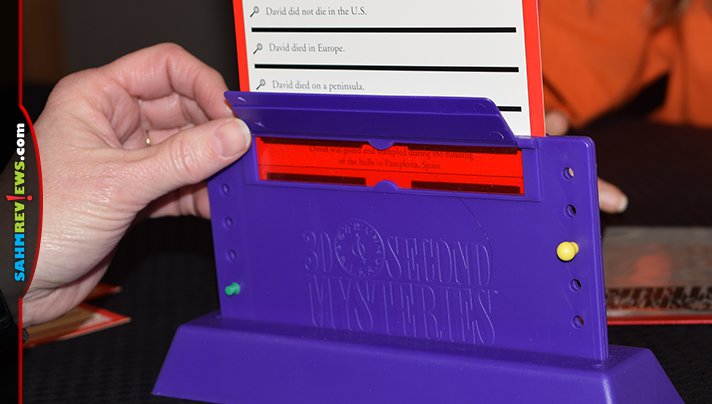 If the guessing team has solved the mystery correctly, they receive one point and move their point marker accordingly. If they were incorrect, the other team receives the point! If neither team guesses and all five clues have been revealed, both teams write a guess on the included slates while the 30-second timer runs. Each team that correctly answers will receive a point with no penalty for being wrong! The next card from the 144 card deck is put into the stand and another round begins in the same manner.. The team with the fewest points will go first and the first team to score five total points wins 30 Second Mysteries! 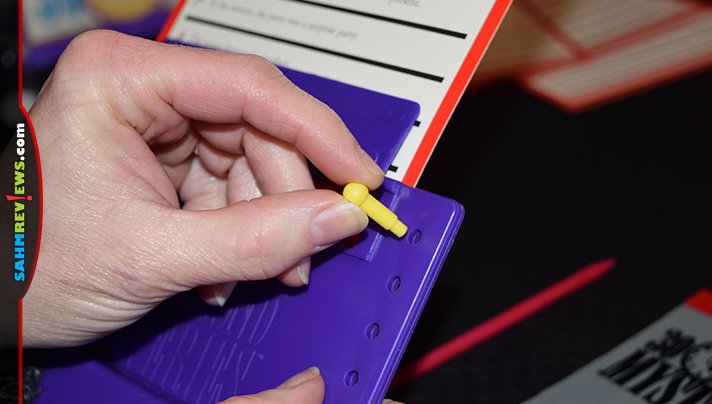 30 Second Mysteries turned out to be a nice compromise between puzzle difficulty and game length. Some of the challenges are a bit dated, so make sure your teams are equally divided by age. If you cannot find a copy at thrift, there are always a few affordable example on eBay!

What is your favorite brainteaser game?