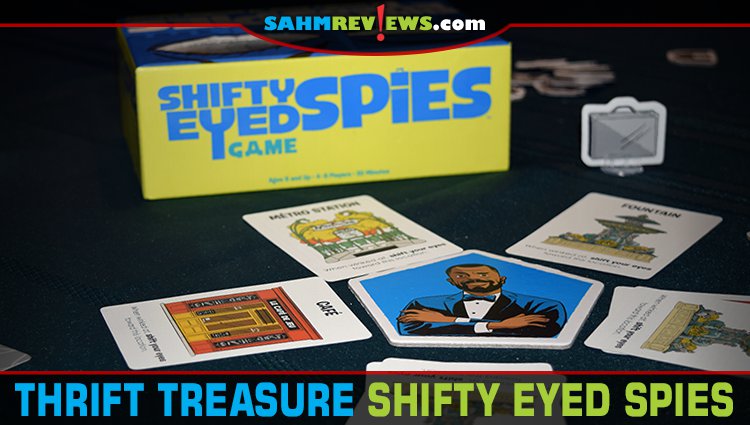 Around here we have a Stuff Etc. store. It is technically a thrift store, but unlike Goodwill or Salvation Army, the merchandise isn’t donated. Everything there is on consignment from regular people, many of who don’t have the time or patience to have a yard sale of their own. Prices are higher than a traditional thrift store, but this can be offset by the fact that most items are in much better condition than you would find at a donation-only establishment.

Every couple of months we drop in to see if there are any games we need for our collection. Because of the pricing, we don’t feel the need to swing by often – instead we take advantage of their discounts when items have been sitting there for over 30/60/90 days. This visit we got real lucky and found a copy of Big G Creative‘s hit game, Shifty Eyed Spies, and on a 50% discount over the regular thrift price! I think our grand total was under $3! 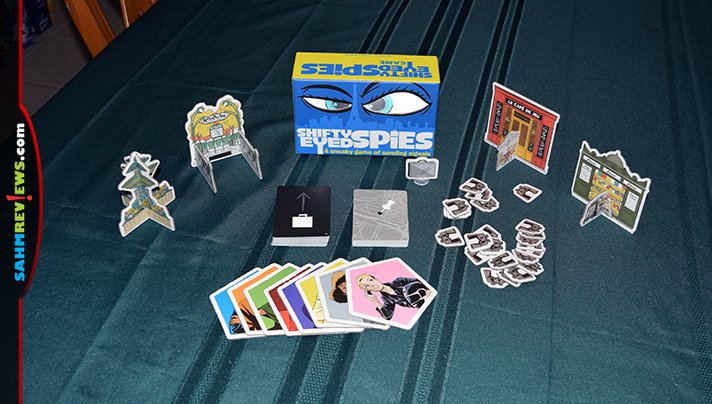 We were excited because Shifty Eyed Spies is one of our girls’ favorite games. They’ve played a number of times at our weekly game night where more than one person owns a copy. Myself, I’m not very good at it, but my girls are. Once you find out how it is played, you’ll understand why that worries me. The premise of the game is an international spy agency is seeking two new recruits. By completing secret missions with other spies, you will show off your skills. Only the top two spies get to join the ultra-elite agency!

Shifty Eyes Spies supports 4-8 players, with each receiving a Spy Tile of their chosen color and three Intercept Tokens. Deliver Cards are shuffled (remove cards from the deck for spies not participating), as are the Receive Cards and placed in the center of the play area into draw decks. Four 3-D location stands are assembled and scattered among the players as far apart from each other as possible. Whomever has the sneakiest eyes is the first player. 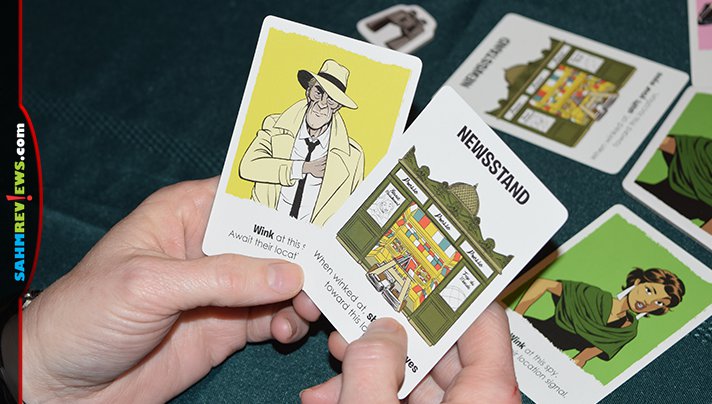 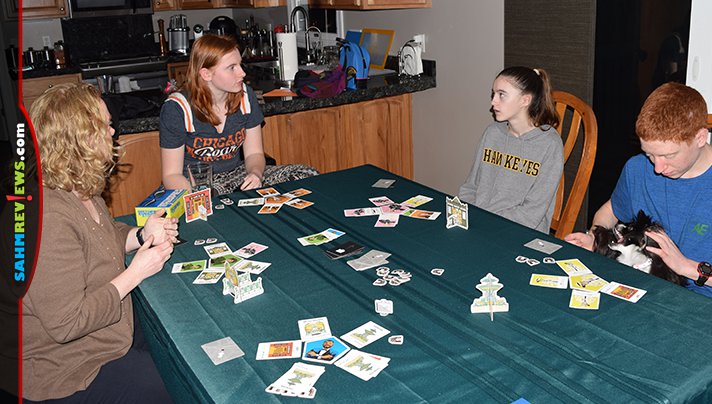 As turns pass around the table with people drawing their one of each card, each spy may begin to discreetly contact the spy on their Deliver Card by winking at them. That spy may then try to shift their eyes towards the location they are at to communicate their position with the delivering spy.

When the turn tracker comes back around, if you believe you know the details of your delivery, you may attempt to complete the mission. Turn your deliver card face-up and state the person you are delivering it to and their location. if successful, the two spies exchange the cards (Deliver and Receive) and set them at the edge of their Spy Tiles for scoring. Both players then draw a new version of their missing card. If incorrect, the current spy discards their Deliver card and the receiving spy does not reveal their Receive card. If you are not ready to complete a mission, simply state “I’m laying low”. You may discard one or both of your cards to draw new ones and then the turn passes to the next player on your left.

At any time another player may try to intercept your mission. If they think they know who you are delivering to or where you are, they may play one of their Intercept Tokens and state the spy or location. If correct, they get to score that card immediately. If incorrect, you get to score it! If they try to intercept two cards by guessing the Receive and Deliver identities, both are up for grabs for scoring! 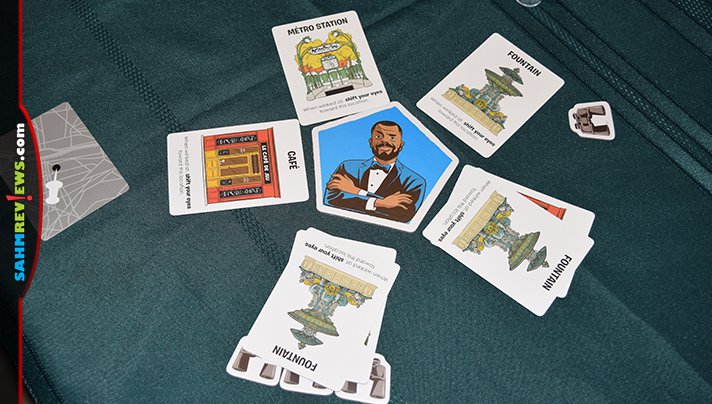 Not only did we get a great deal on Shifty Eyed Spies, our copy had never been played! It probably was an unused birthday gift that was opened and never attempted. It’s a shame, because we already knew the game was a lot of fun – and now we have our own copy to tote around! Find your copy at thrift or on Amazon for under $20!