Robots are one of those themes that haven’t been overdone. There are plenty of choices if you’re looking for a mechanical-themed board or card game, but not so many that you’re overwhelmed. DiceBot Megafun, Gekido: Bot Battles and AquaSphere all feature robots and there are numerous STEM coding kits like the CODE Programming Game Series that will have your robot doing your bidding in no time!

This week we tried out a new card game by Pickaxe Group called The Robot That Totally Saved Cleveland. It’s one of the few games we own where we actually get to build our own robot and send them off to fight various monsters. Supporting up to eight players, this inexpensive title is sort of a mashup of War and a standard trick-taking game. 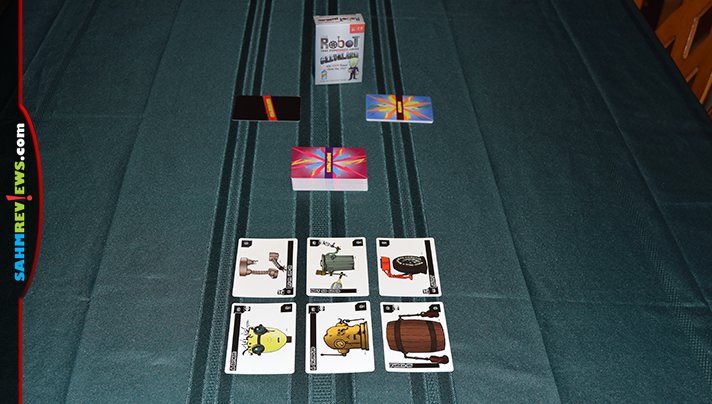 The Monster cards have two important features on them. First, in the upper left corner is their value. This is the minimum value you must have in your hand in order to defeat them. The second is an alternate way of vanquishing the monster and is show on the bottom right side of the card. This is an “Instant Play Configuration” and shows the color/type of cards you must have in your hand to play to immediately beat this monster, regardless of the values of the cards you have.

Robot Part cards consist of the standard head/body/feet, each with differing values, along with add-on cards that boost your robot’s value and Tool Shed cards which award one-time bonus actions. Junkyard cards also award bonuses and are only available once per round. 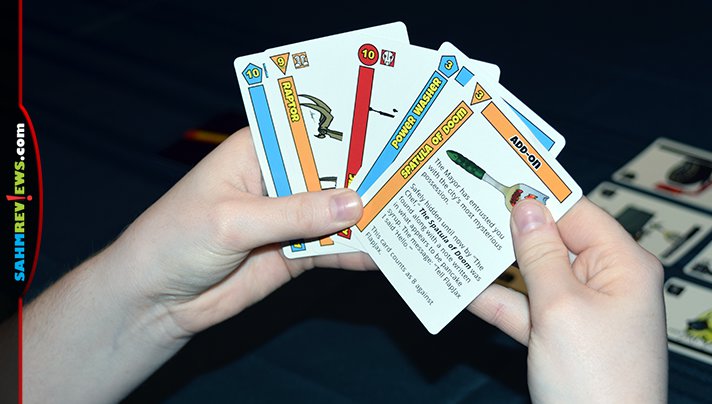 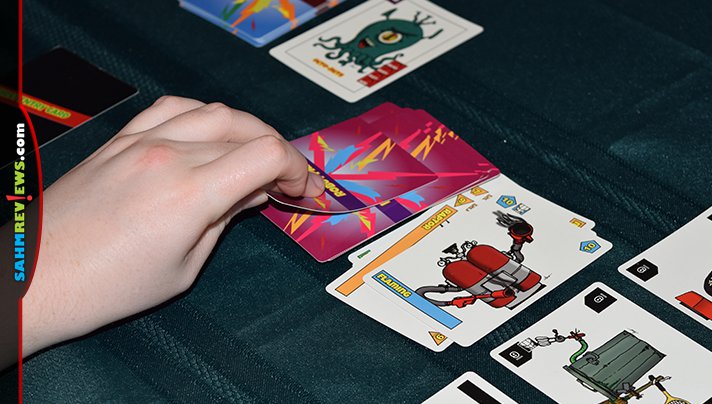 During the round you are trying to collect cards to not only create a full robot (head/body/feet), but also one that is strong enough to defeat the current monster. The values are added up for each card along with an add-on card. A bonus is awarded for having matching colors (at least one pair) and can give you up to an additional four points if they all match! Once you think you have the right combination, take the First Entry card and take him on! 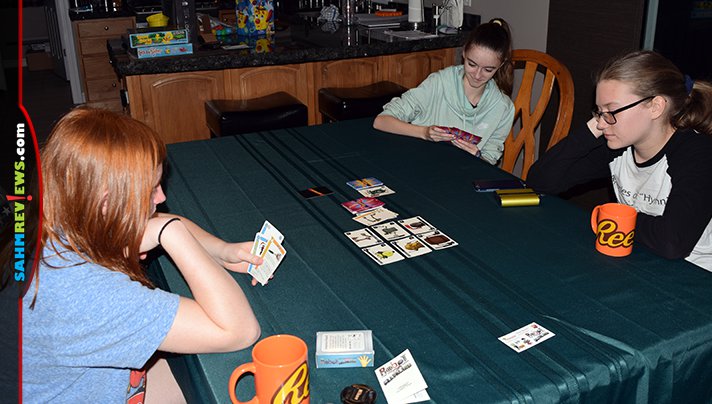 Just because you are strong enough doesn’t mean you will win! Other players will get one more turn to manipulate their hand and then everyone reveals their robots. The player with the strongest (highest valued) robot will defeat the monster (as long as the total exceeds the value on the monster’s card) and collect the card. Additionally, if the winner wasn’t the person who chose the First Entry card, they get to steal one of that player’s Monster cards! 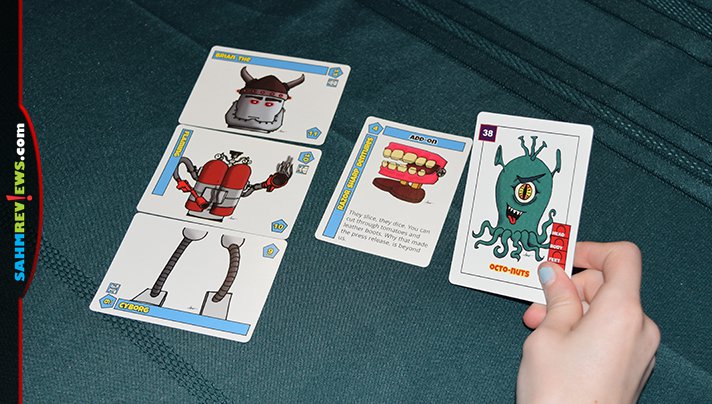 The Robot That Totally Saved Cleveland is played over nine rounds, each featuring a different monster. After each one is defeated, all cards are collected and a new round starts in the same manner as the first (this part was tedious – there has to be a better solution). After all monsters have been collected by players, the person with the highest number of monster cards is the winner. If there is a tie, the player with the highest monster value is the overall winner of The Robot That Totally Saved Cleveland!

You can find The Robot That Totally Saved Cleveland on Amazon or direct from Pickaxe Group on their website for under $13! Follow them on Facebook to find out where they’ll be conducting live demos so you can try before you buy!

What is your favorite robot-themed game?

1 thought on “The Robot That Totally Saved Cleveland Overview”