Home / Recreation / Games / You’ve Been Playing UNO Wrong All Along 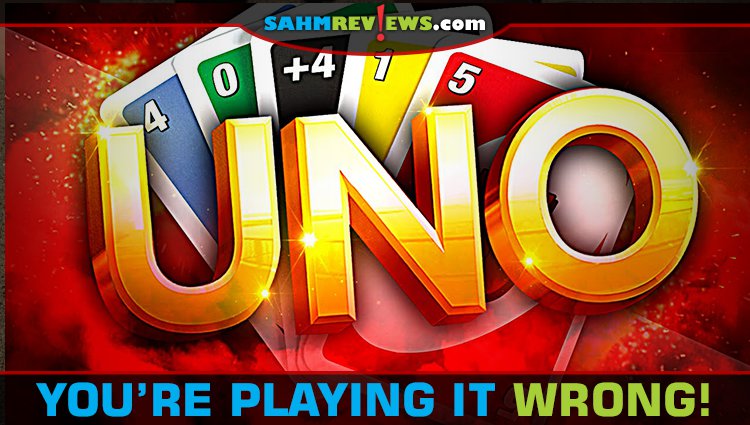 You’ve Been Playing UNO Wrong All Along

Something happened a few days ago that probably won’t happen again in a lifetime. The publisher for one of the most popular games ever made uploaded a rules clarification that has everyone arguing. Mattel, the company behind UNO, posted to social media a meme-styled image about the +2 and +4 cards and how they cannot be used in conjunction with each other.

If someone puts down a +4 card, you must draw 4 and your turn is skipped. You can’t put down a +2 to make the next person Draw 6. We know you’ve tried it. #UNO pic.twitter.com/wOegca4r0h

Almost instantly the entire Twitterverse exploded. House rules for games aren’t uncommon, especially when playing against opponents of different skill levels (kids vs. adults). What made this conversation so interesting is the sheer number of people that had obviously been playing UNO incorrectly all this time, assuming they had the actual rules correct!

This is a completely valid move and the only sure way to assert your dominance at the table.

People were quick to point out that even in the official UNO rules, house rules are allowed.

While others chose to stick their fingers in their ears!

The official rules are pretty clear. Once you play a +4 or a +2 card, the next player must do that and then their turn is over. They cannot reverse it on you, add an additional +4 or +2 card to the stack to make the next person have to draw 4/6/8 or any other combination that would require the stacking of actions.

Whatever way you decide to play UNO, at least you’re gathered around a table with friends and family together. If you’ve worn out your old copy, consider picking up a brand new one on Amazon or at your local big-box retailer!

4 comments on «You’ve Been Playing UNO Wrong All Along»