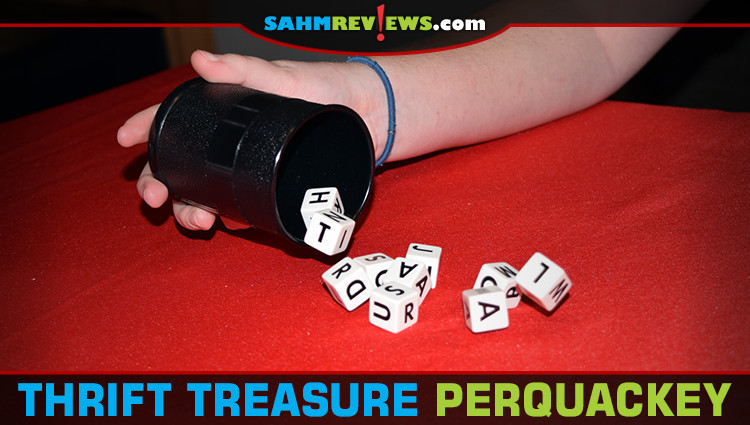 Just like last week’s eBay find, Mix & Fix, this week we found another mid-70’s game at our local Goodwill. It’s also another dice-centric game, probably best described as a mix between Boggle and Scrabble. But Perquackey by Lakeside Games is still different enough to warrant placement in your collection even if you have those previously mentioned titles. 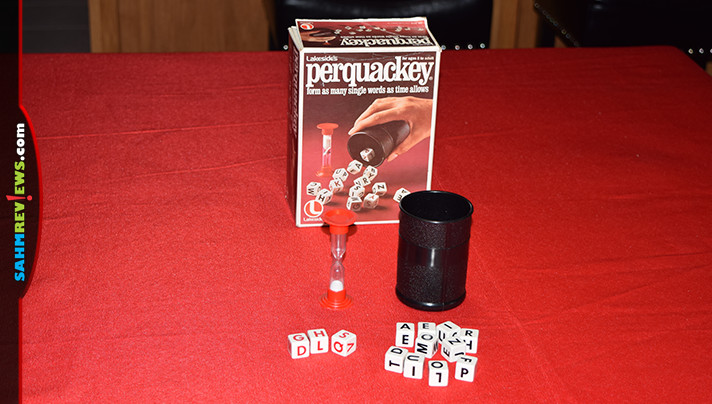 As you probably guessed, the goal in Perquackey is to construct words from rolled dice. Players take turns rolling the ten black dice, ensuring at least one vowel is present (if not, reroll). The timer is turned over and you rush to arrange the dice into a word of at least three letters, saying it out loud and then also spelling it out loud. The player to your left will be writing down all the words you complete. 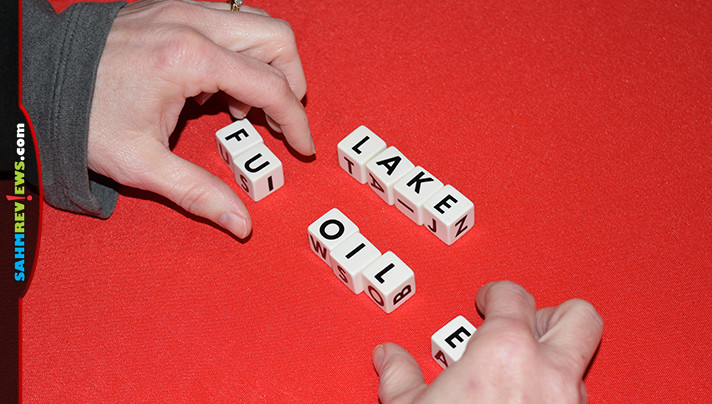 Words are grouped by length and you may not spell more than five words of the same length in a turn. It is up to the person on your left to keep track of the words and advise you when you are out of a certain length. You may not simply add letters to pluralize a word (or vice-versa), nor use proper names, foreign words or abbreviations. 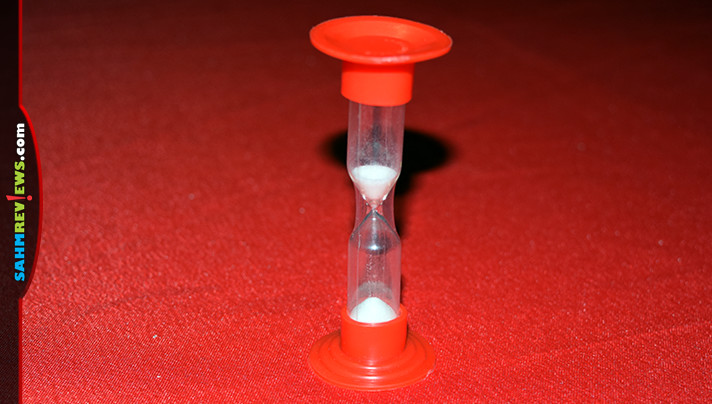 When the timer runs out, you will calculate your turn’s score by consulting the included score grid. The first instance of a word length is worth the most, with additional examples of that length being worth fewer additional points. If you manage to complete two word groups (five words of the same length), then you will also receive a bonus depending upon the length. This total is your score for the round. Play passes to the next person.

After a couple rounds, your score should exceed 2,000 points. At this time you are considered “vulnerable” and MUST score at least 500 points per turn. If you cannot, you will lose 500 points and receive no points from your words for that round! Additionally, you will also be rolling three extra red dice in addition to the base ten. Because you have more dice to work from, three letter words are no longer valid at all!

The first player to score at least 5,000 points is the winner of Perquackey. Included are additional rules for team play. Inactive team members can suggest words but cannot touch the dice – the active player must still arrange, say and spell them out. But they must wait until both the three- and four-letter word groups are completed before making any suggestion! And during the “vulnerable” stage, the four-letter group must still be completed before your partner can chime in! 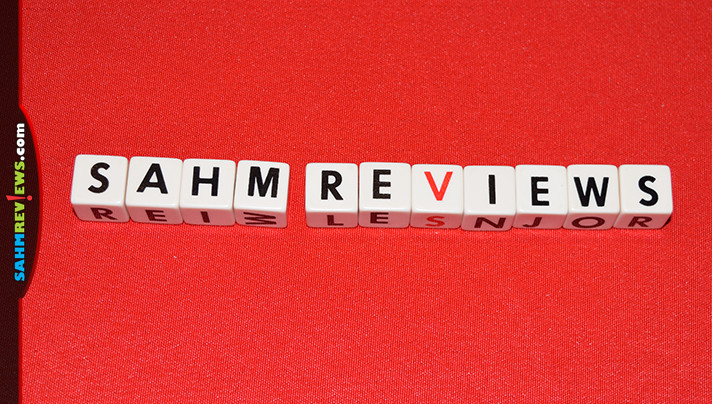 A definite twist on word games, Perquackey is easily found on eBay for $10 – $15 shipped. Definitely worth picking up at thrift for a couple bucks if only for the dice. One word of caution though – the game does not include its own score sheets, so you’ll have to fashion your own out of scratch paper.