Oooh oooh oooh! DICE! I’m an intelligent person and am capable of playing in-depth strategy games, but there’s something about dice games that I cannot resist. Perhaps it is the fact that when it all comes down to it, even the most skilled player is at the mercy of the dice roll. It’s like karma rolled (literally) its way into a game.

As you know, we’re advocates for games in education and dice games have a solid place there. They teach everything from counting to probability and statistics. So aside from the fact that they’re entertaining, they also can double as educational. What’s not to love about that?!

You may decide to buy unique dice sets as holiday gifts or maybe find geeky yet cool cool ways to store dice, but it’s also fun to simply give dice games as gifts. The key is to finding a theme or type of game that resonates with your gift recipient. That’s what this gift guide is for! Check out the variety of options that include Marvel, animals, trains, Fantastic Beasts and so much more.

As with our prior guides, the

logo within a listing indicates it’s something we have featured in more detail. Click that image and it will take you to an article where you can learn more and see if it would make a good gift for someone on your list. Of course, over the course of the next couple of months, we will be giving many of these away as part of Mega Giveaways so enter those if you want to take a chance on something new. 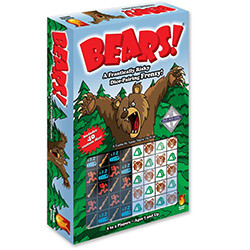 You and your friends have gone camping, and bears attack the campsite! Quick, everyone roll your dice and start making pairs. Shoot bears or run from tents for a few points, or take a risk and score big by sleeping through the attack. But watch out! If bears are left at the end of the round, your sleeping campers are done for. 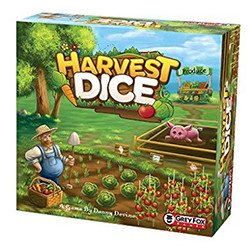 In this clever family-friendly game, players are competing to be the best farmers they can be. On each turn, veggie dice are rolled and the farmers take their turns picking from heads of lettuce, plump tomatoes and crisp carrots to plant on their land. Anything that can’t be planted gets fed straight to your pet pig Pip. 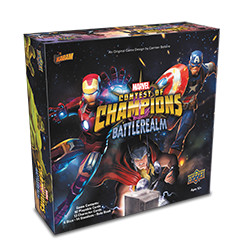 Welcome to the Contest of Champions: Battlerealm in which you play as one of your favorite Contest of Champions Heroes including: Ant-Man, Black Panther, Black Widow, Captain America, Captain Marvel, Civil Warrior, Falcon, Guillotine, Hawkeye, Hulk, Iron Man, Thor and Vision, in this strategy combat dice game for 3-6 players. Using the mystical inﬂuence of ISO-8, the greedy Elder of the Universe known as the Collector has summoned Heroes to a brawl of epic proportions. 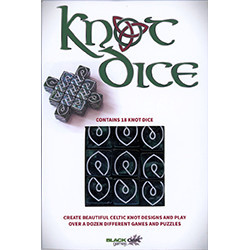 Create beautiful Celtic knot designs while playing with these amazing dice! Connect dice side by side to form intricate designs. Knot Dice combine some of the best elements of dice and tiles in the included 12 games and 7 types of puzzles.

Roll for Your Life Candyman

2 to 4 gingerbread men face off in a rapid fire battle, with players rolling their dice furiously. When a player gets all four of their dice to match, they grab the plastic candy cane at the center of the table, stopping the action and claiming a Cookie Part matching the die result from their Foe. The player at the end of three rounds who has collected the most Cookie Parts wins! 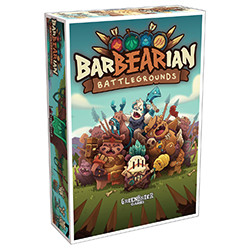 BarBEARian Battlegrounds is a simultaneous secret-action, dice-puzzle, worker placement game for up to four players. Become one of four clans of adorable bear-warriors out to build the best neighbearhood in the forest! Don’t expect this to be a picnic: your bears aren’t the only ones fishing for glory, so be prepared to ward off attacks from your furry rivals. By gathering resources, pillaging your neighbears’ villages, and developing your home turf, the tale of your clan will become legend. Are your bears worthy enough to be every cub’s bedtime story for generations to come? It’s time to gather your clan, bear down, and hold on to your honey. 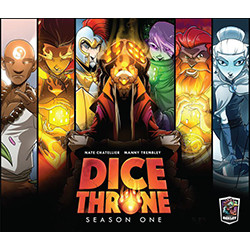 Dice Throne is a fast-paced 2-6 player combat game. Select from a variety of heroes that play and feel completely distinct from one another. Attack opponents and activate abilities by rolling your hero’s unique set of five dice. Accumulate combat points and spend them on cards that have a large range of effects, such as granting permanent hero upgrades, applying status effects, and manipulating dice directly (yours, your teammate’s, or even your opponent’s). 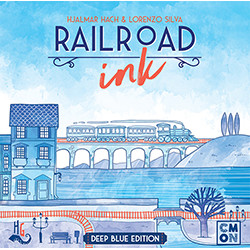 In Railroad Ink, players roll the Route dice and must then draw the subsequent results on their individual Route boards. Players score points for having long interconnected Routes, as well as connecting the entry points to their board, plus having Routes through the center of their boards. But beware, they’ll lose points for leaving unfinished lines. In the Deep Blue Edition, the Lake and River dice add in some cool, refreshing waterways to the maps. But in the Blazing Red Edition, Meteors fall from the sky and Volcanoes erupt from underground. Players can combine the two for epic, 12-player games! 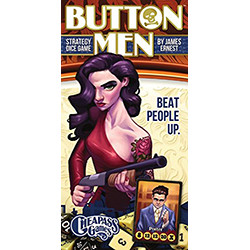 Button Men is a mean little dice game about beating people up. Choose a fighter, roll the dice listed on the card, and capture your opponent’s dice. Scores are determined by the size of the dice you capture and keep, and the player with the most points wins! With 48 different characters, and rules for both campaign and tournament play, Button Men is a game you can enjoy again and again! 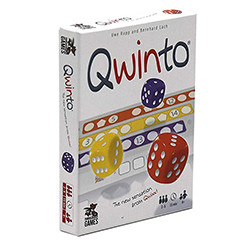 Qwinto is the rousing, fast-paced dice game from the people who brought you Qwixx, where one person rolls and everyone takes their turn! But be sure to think fast. Players must fill their colored rows as quickly and cleverly as possible to snag the most bonus points to win the game! 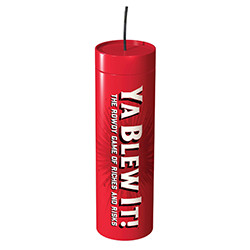 Dig deep in the card deck to mine for gems but be careful, other prospectors may try to steal your claim! It’s explosive push-your-luck fun with every suspenseful roll of the dynamite dice! 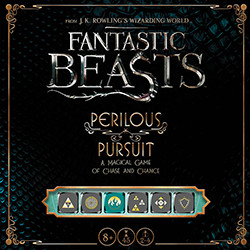 Several of Newt Scamander’s magical beasts have escaped and are running loose in New York City. Players take on the role of Newt, Tina, Jacob and Queenie on an exciting adventure as they try to return all the beasts to Newt’s suitcase before they draw the attention on the non-magical community. To do this they will need to collect sets of dice to take actions that will allow them to shield each other, draw cards, and most importantly, get the beasts back into his suitcase before havoc ensues. 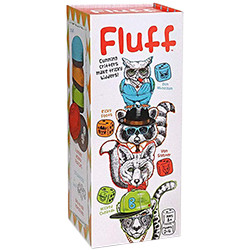 Clever and crafty, this liar’s dice experience is an evolution on the classic bluffing game. FLUFF features palm-fitted rolling cups for poker-style peeking, and critter adorned dice for “wild-style” play to inspire bolder bidding. Fluff up the bids, or challenge the calls. Be the best fluffer to outlast the other cast of characters.

With all these choices, have I sold you on becoming a dice addict yet? Hopefully you are ready to shake things up and gift some of these for the holidays! If you have questions about any of them, please leave us a comment and we’ll try to answer as quickly as possible. 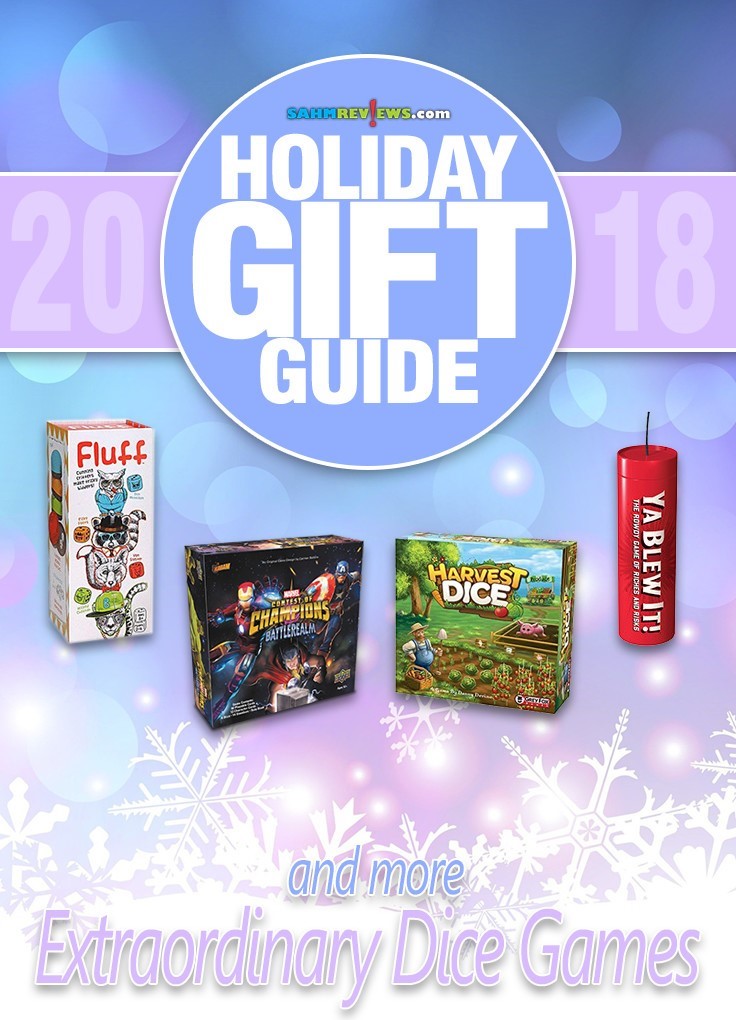